BMW plays down speculation it is launching an LMP1 project

BMW motorsport boss Jens Marquardt admitted the manufacturer was always evaluating different categories, but he denied it is already working on an LMP1 programme that would take it back to the Le Mans 24 Hours.

"LMP1 is, at the moment, the big hybrid thing, and in there we wouldn't be the leader," he told AUTOSPORT.

"We wouldn't even be the fast follower, we would be a slow follower now, as the fifth [after Audi, Toyota, Porsche and Nissan] manufacturer joining in.

"With our targets, I don't see this really being something that we think about in a way that we are working on anything in that respect as a programme."

"What we always do at BMW is, on one side, look at what we are doing right now and really put that onto the screen - is it bringing what we want?" he explained.

Marquardt said BMW was happy with its existing motorsport programmes in the DTM, the Tudor United Sportscar Championship and its customer and long-distance activities with the Z4 GT3, which will be replaced by the new M6 for next season.

The high-technology platform of the P1 division in the WEC would give BMW the chance to promote its 'i' sub-brand of plug-in hybrid and all-electric vehicles.

BMW's last assault on outright victory at Le Mans yielded victory with the Williams-built V12 LMR in 1999, a programme that was a precursor to its Formula 1 entry with the British team.

It would need to forge a similar alliance if it were to enter the LMP1 arena because BMW Motorsport does not presently have the technical resources to allow it run a complete project.

The last factory BMW progamme at Le Mans came in 2010-11 when it fielded its V8-engined M3 in the GT2 class, which became GTE in the second season.


Is BMW evaluating the LMP1 category? Of course, it is. Manufacturers, as Marquardt explains, are always looking at their options - it is part of his job.

Is it set on a course that will take it back to top-level sportscar racing some time soon? Almost certainly not.

Sources reveal that BMW is taking a close interest in the WEC this year. How far it has got down the line in its evaluations and what intent there is for a Le Mans return at the very top of the company remain unknown. 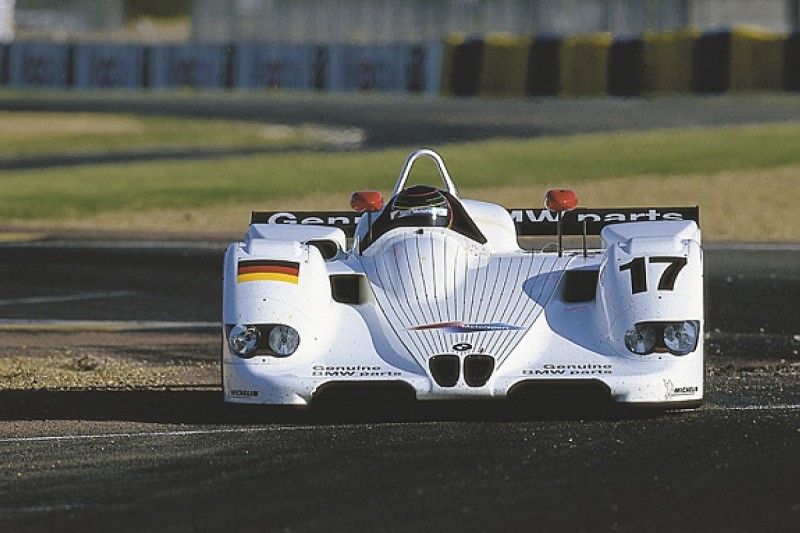