Pole position for Kamui Kobayashi moved the #7 Toyota a step closer to 2021 World Endurance Championship title at Bahrain this weekend.

The point that comes with pole means that Kobayashi and co-drivers Mike Conway and Jose Maria Lopez only have to finish Saturday's Bahrain 8 Hours to retain their championship.

Third place in the three-race Hypercar field will be enough to give them the title even if team-mates Brendon Hartley, Sebastien Buemi and Kazuki Nakajima win the race aboard the #8 Toyota GR010 HYBRID.

Both Toyota drivers went out for second runs: Kobayashi didn't set a representative time, while the three tenths Hartley found to get down to a 1m46.540s wasn't enough to wrest the pole.

The Alpine-Gibson A480 ended up 0.775s off the pace, closer than in qualifying for the first race of the Bahrain double-header, courtesy of a 1m47.025s from Matthieu Vaxiviere.

The Portuguese found seven tenths on a second set of tyres aboard the United Autosports ORECA-Gibson 07.

Antonio Felix da Costa took third place in the first of the Jota ORECA, his 1m49.910s coming on the second flying lap of his solo run.

Giedo van der Garde was fourth, and second in the Pro/Am sub-class behind Nato, aboard the Racing Team Nederland ORECA run by TDS with a 1m50.149s on his second run. 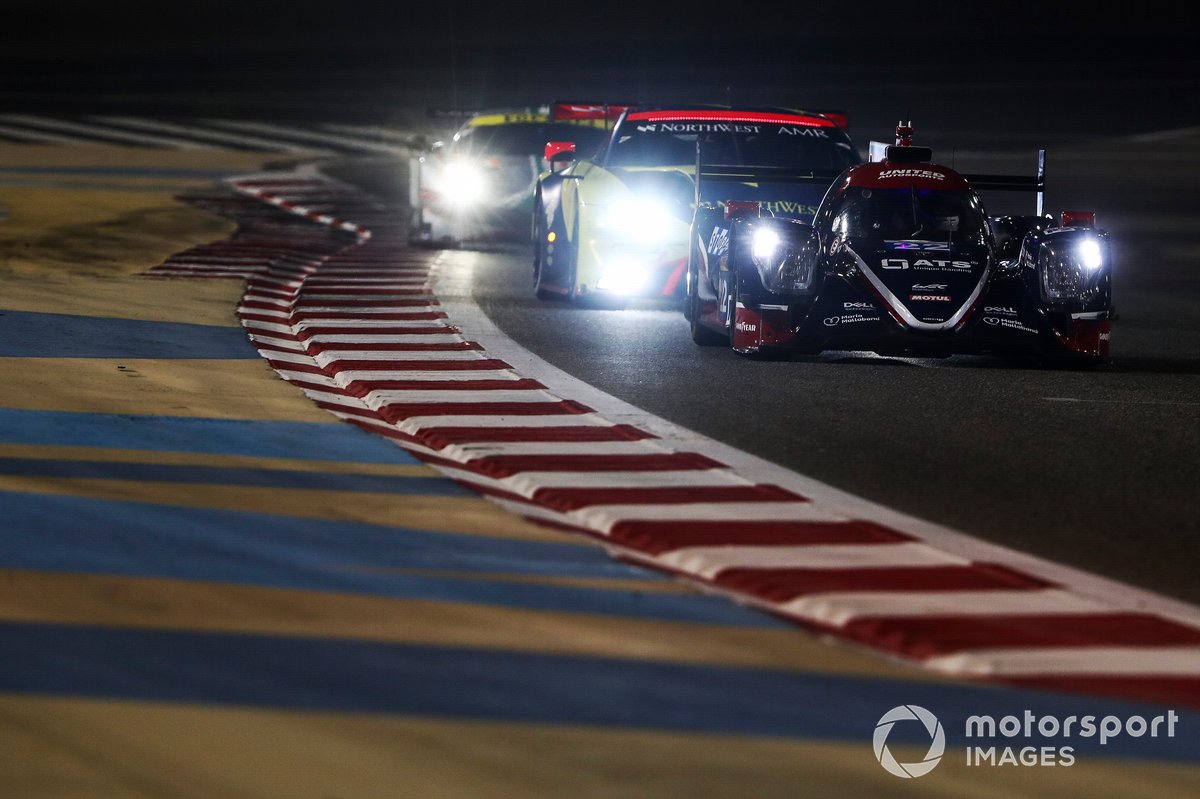 The WRT entry that took P2 honours in the six-hour Bahrain race last weekend was only seventh in Ferdinand Habsburg's hands.

Porsche driver Kevin Estre took his fifth GTE Pro pole of the season despite a strong challenge from Ferrari and losing his first lap time to a track limits violation..

The Frenchman's 1m56.041s, slightly quicker than his deleted lap, in the #92 Porsche 911 RSR gave him a margin of less than two tenths over James Calado in the fastest of the AF Corse-run Ferrari 488 GTEs, which have received a Balance of Performance boost for this race.

Pole for the Porsche means that Estre and full-season team-mate Neel Jani have drawn level on points with Ferrari pairing Calado and Alessandro Pier Guidi.

Estre and Jani are joined for this weekend's eight-hour race by Michael Christensen, who drove with them at the Portimao and Le Mans 24 Hours rounds.

The Italian lost his first two lap times as a result of going off track and posted his legitimate time of 1m56.541s after the chequered flag had fallen.

Bruni and Lietz are co-driving with Frederic Makowiecki in Bahrain this weekend.

Daniel Serra brought up the rear of the GTE Pro pack in the second Ferrari with a time of 1m56.603s.

There had been no ruling on the protest by Ferrari over the Balance of Performance changes before each of the Bahrain races as qualifying finished.

Ferrari came out on top in GTE Am after its cars received a similar power increase to the Pro cars under the latest BoP.

Roberto Lacorte took the top spot with a 1m58.712s aboard the AF Corse-run Cetilar Racing entry by just four hundredths from Francois Perrodo in the championship-leading AF car.

Qualifying results (GTE Pro and Am):