Loic Duval, Oliver Jarvis and Lucas di Grassi took only the second WEC victory of the season for the German manufacturer to claim runner-up position in the points behind new champions Neel Jani, Marc Lieb and Romain Dumas, whose delayed sixth was more than enough to give them the title.

Di Grassi crossed the line just over 16 seconds ahead of the sister Audi shared by Marcel Fassler, Andre Lotterer and Benoit Treluyer at the end of a race exclusively fought out by the two R18 e-tron quattros.

Duval led from pole position until the first round of stops, before Lotterer closed down and passed Jarvis.

The #7 car remained in front until a slow third stop, when Lotterer handed over to Treluyer, reversed the positions at the front.

Audi then split its strategy during the only full-course yellow virtual safety car during the the third hour, which put the Treluyer ahead.

Duval was able catch and pass his fellow Frenchman before a double stint on the tyres in the penultimate hour sealed the win for the #8 car.

Duval said: "This is the perfect way to close the door and it means a lot to be the last guys to win a race for Audi Sport."

Di Grassi added: "It was very close with the other car as always, but I think we had the edge in the middle of the race and we called it right with the full-course yellow."

Third place went to the #1 Porsche 919 Hybrid shared by Mark Webber, Timo Bernhard and Brendon Hartley, which was was never in the hunt and finished nearly 80s down on the winner.

Jani in the sister car was running ahead of Bernhard after the first round of pitstops when he was hit by the GTE Am KCMG Porsche 911 RSR and sustained a broken left rear wheel. 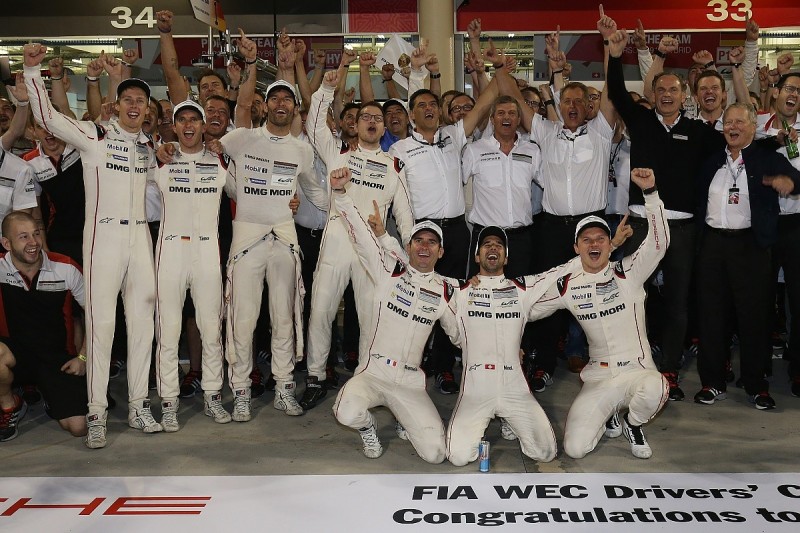 The time lost to a slow lap back to the pits and attention to the bodywork left the car three laps down at the finish in sixth place.

Toyota drivers Kamui Kobayashi, Stephane Sarrazin and Mike Conway, who retained an outside chance of winning the title coming into the Bahrain race, were never in contention for the win or second place they needed to have any chance of becoming champions.

The G-Drive ORECA-Nissan 05 came from the back of the grid after losing pole position to a technical infraction to take its third consecutive LMP2 class victory.

The Jota-run G-Drive car shared by Rene Rast, Alex Brundle and Roman Rusinov finished just four seconds up on the RGR Sport Ligier-Nissan JSP2 of Bruno Senna, Filipe Albuquerque and Ricardo Gonzalez after a thrilling climax to the race.

Rast passed Albuquerque for the win with just 18 minutes of the six hours remaining. 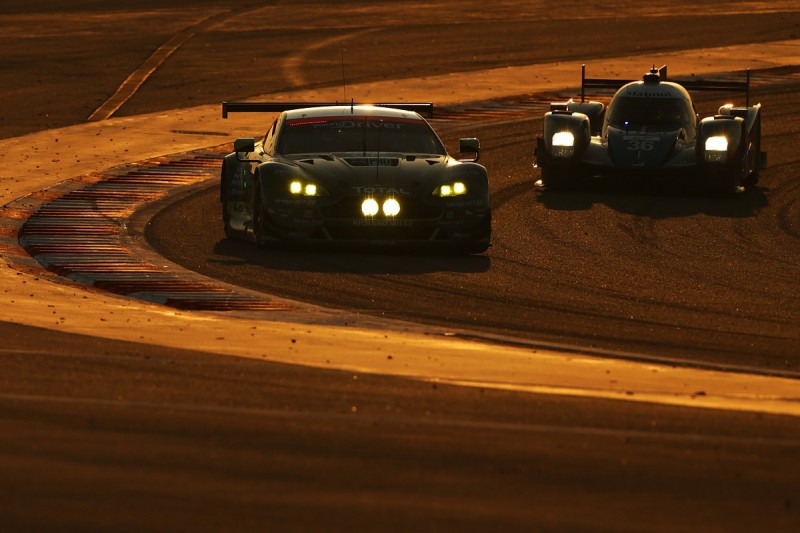 They triumphed aboard their Aston Martin Vantage GTE by just 12s over the factory AF Corse Ferrari 488 GTE shared by Gianmaria Bruni and James Calado.

Third place when to the second AF car driven by Sam Bird and Davide Rigon.

The second Aston, in which Jonny Adam had returned to the WEC roster to share with Darren Turner, was leading when it lost a wheel straight after a pitstop and ended up fifth.

Emmanuel Collard, Francois Perrodo and Rui Aguas became GTE Am champions once their only rivals for the title, the Aston Martin crew of Pedro Lamy, Mathias Lauda and Paul Dalla Lana, retired with engine failure.