Alpine “deserved” to take a long-awaited first outright triumph in the World Endurance Championship in a red-flagged Sebring 1000 Miles, according to the French marque’s drivers.

Nicolas Lapierre, Andre Negrao and Matthieu Vaxiviere proved the class of the field at the Florida track aboard their Alpine A480-Gibson grandfathered LMP1, converting their pole position into a comfortable win over the sole surviving Toyota GR010 HYBRID.

It followed a frustrating 2021 season for the Signatech-run outfit, which managed a pair of second places in its first season of running in the top Hypercar category last year with its ORECA-designed ex-Rebellion R-13, but otherwise failed to challenge Toyota.

Vaxiviere was at the wheel of the Alpine, more than a minute clear of Sebastien Buemi’s #8 Toyota, when the race was stopped for a second time with around an hour to go due to thunderstorms in the area.

An attempt to restart the race was made, but the weather failed to improve and a result was finally declared with around 15 minutes left on the clock.

“It was a bit stressful for me at the end in the car, so I’m really happy,” said Vaxiviere.

“The team did an amazing job all week [including the Prologue test].

“We've deserved it since last year, we were struggling a bit to win a race, so it’s really good to motivate everyone as well, so really happy.” 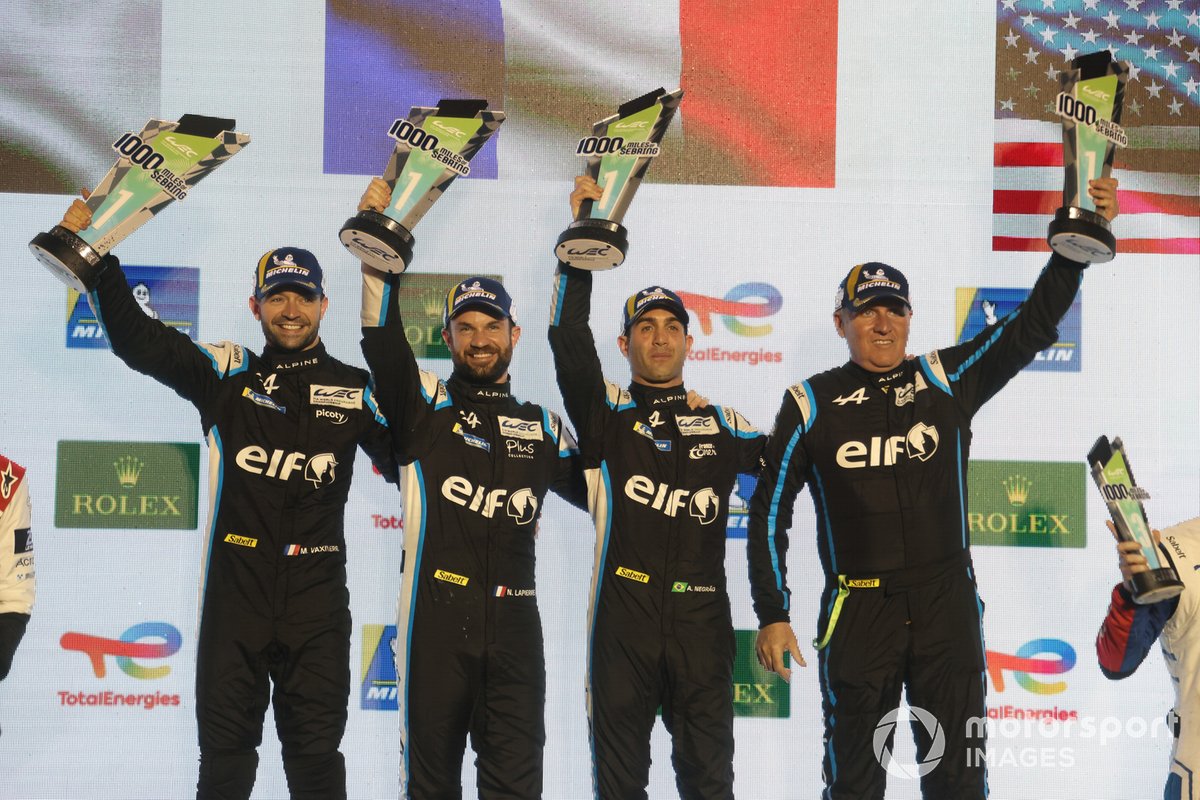 Lapierre added: “This red flag especially at the end was not really great for us, we were fortunate the race didn’t restart, but I want to say thanks to the boys, they’ve been working really hard this winter to make this car [better].

“Last year was the first year in this category for the team, and I feel they made a huge step forward and we were ready to fight. This is really great for us.”

The first red flag of the race came after Jose Maria Lopez suffered a major crash in the #7 Toyota, which had the effect of resetting the battle between the Alpine – which had pitted not long before the stoppage – and the #8 car.

“We’ve been expecting this [win] since last season,” said Negrao.

“We started on the right foot here in Sebring.

“It was a tough race for everyone, red flag and then green, and then red again… congratulations to these boys [Lapierre and Vaxiviere], amazing job from the team as well. It’s crazy.”

Sebring marked the first overall victory for a team other than Toyota in the WEC since the 2020 race at the Circuit of the Americas, which was won by Rebellion Racing.