Alpine will have the chance to race on in the World Endurance Championship with its ORECA LMP1 design next year.

Friday's World Motor Sport Council meeting approved a proposal for so-called grandfathered P1 machinery to compete against the new-for-2021 breed of Le Mans Hypercars for a second season in 2022.

The dispensation that has allowed the French Signatech team to race with a Gibson-powered car now known as the Alpine A480 was initially for this season only.

The move follows the announcement last week that Renault's Alpine brand will develop a new LMDh prototype out of ORECA's forthcoming LMP2 design in time for the start of the 2024 WEC.

Alpine stated on the announcement of the LMDh programme that it is evaluating its options for the 2022 and 2023 seasons, while stating that it wants to remain involved in the WEC "in order to best prepare" for the arrival of the new car.

Signatech boss Philippe Sinault has suggested this year that there is a desire to race on with the A480 next season, while his team and Alpine previously had a long-standing involvement in the LMP2 class of the world series.

Signatech won the P2 title with an Alpine-badged ORECA chassis in 2016 and 2018-19, as well as taking class honours at the centrepiece Le Mans 24 Hours round of the WEC on three occasions. 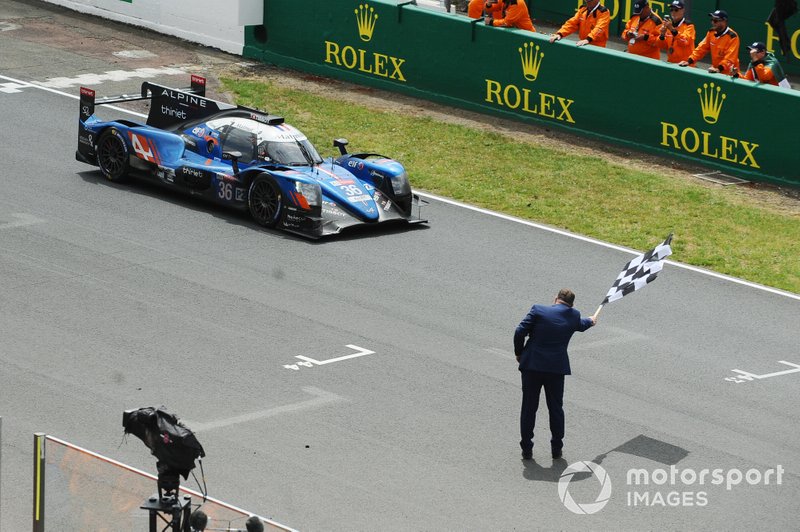 The extension of the lifespan of the ORECA P1 car comes at a time when the size of the grid for the Hypercar class in the WEC for next year remans uncertain.

Toyota will continue its long-standing commitment to the WEC stretching back to the rebirth of the series in 2012, but the extent of the programmes from niche sportscar manufacturer Glickenhaus and Peugeot are not yet clear.

Glickenhaus has stated that it wants to run only a partial schedule in 2022, while Peugeot is not planning to commit to a start-date for the race programme with its 9X8 LMH until after it begins testing this winter.

It was also confirmed by the WMSC that testing will be limited in the Hypercar class from next year.

This will only apply to cars in their second year of homologation, which means a newcomer such as Peugeot will be allowed unlimited testing.