The 86kg Austrian said that the new LMP1 regulation, which will raise the minimum weight of cars raced by a line-up whose average weight is less than 80kg, would "ensure that talent shines through" and "the lightest drivers don't always win".

"With the limits placed on the amount of energy we can use per lap and an decrease in the width of the tyres, weight has become such a factor and something for which you as a driver cannot compensate," said Wurz, who weighs 28kg more than world champion Toyota team-mate Anthony Davidson.

"You cannot overcome the laws of physics: if you have a certain amount of energy, a heavier driver cannot do the same lap time as a lighter driver if they are both performing to the maximum.

"It has become much harder work for heavier drivers like me; it is like a marathon runner carrying a rucksack."

The weight of the driver had previously not taken been taken into account when the cars were scrutineered, but from the start of this year's WEC the minimum weight of LMP1 cars will be determined by a new formula.

If the average weight of the two or three drivers in a car is more than 80kg, the minimum for a hybrid P1 will remain at 870kg and 850kg for a non-hybrid (subject to any performance balancing). 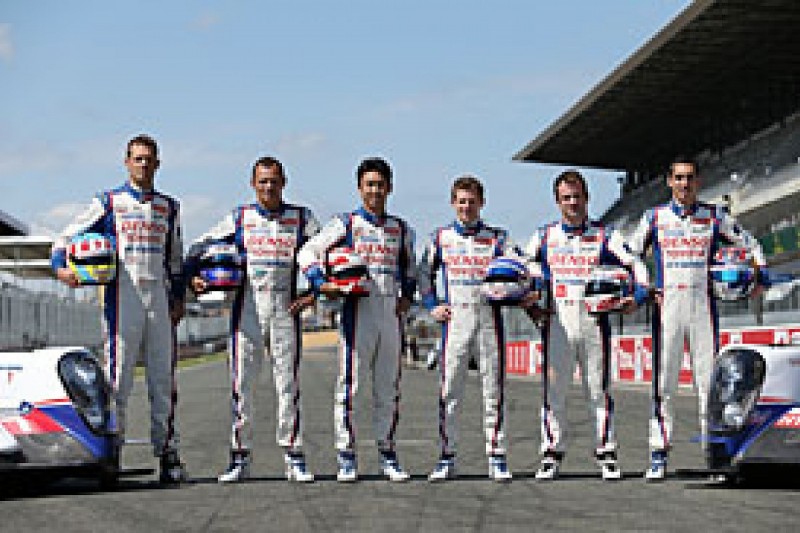 If the average is less than 80kg, the minimum weight will be increased by a figure calculated by subtracting the average from 80.

Should Wurz again be teamed with Stephane Sarrazin and Kazuki Nakajima, who weigh 75 and 65kg respectively, in 2015, their average weight would be 75.3kg.

The rules state the the average is to be rounded down to the nearest whole kilogramme, which means their Toyota would have to carry 5kg of ballast.

The rules dictate that no more than 20kg of ballast can be added to any car.

Other changes to the sporting rules for 2015 include a modification of the qualifying procedure so that the grid for all the races bar the Le Mans 24 Hours is set according to an average of two rather than four laps. The length of the two-driver sessions has been cut from 25 to 20 minutes as a result.

The introduction of limitations on the number of sets of tyres used over the course of a meeting (again with the exception of Le Mans) in LMP1 and the GTE divisions has been confirmed, as have the limits on testing.

Further cost-cutting measures in P1 include the introduction of a limit on the number of engines used over the course of the season in P1. Existing competitors will be allowed five engines and newcomer Nissan seven.

P1 teams will be limited to 65 race team personnel for a two-car squad.

The man who doesn't need Formula 1