The 24-year-old will contest the full 2018/19 WEC superseason in one of AMR's pair of GTE Pro class entries alongside his Formula E programme with DS Virgin Racing.

Lynn, who first tested for the British manufacturer this time last year, was announced as an Aston Martin factory driver at the launch of the new Vantage GTE in London on Tuesday evening.

AMR boss John Gaw described Lynn as "an obvious choice" for the team, adding that he is "clearly a star of the future".

Lynn has been signed as a full-season factory driver just 12 months on from taking first steps in sportscar racing.

He has contested a total of eight WEC races in LMP2, with the Manor and G-Drive ORECA teams, and raced for BMW at the Nurburgring 24 Hours, as well as winning the Sebring 12 Hours with the Wayne Taylor Racing Cadillac IMSA Sports Car Championship squad.

"It is fantastic to be joining Aston Martin at such an exciting time like this," said Lynn, who has already tested the new Vantage GTE at Navarra and Sebring.

"One of my dreams has always been to be aligned with a manufacturer.

"Being a 24-year-old British lad at Aston Martin makes it even more special; it adds an extra layer of cool."

Lynn joins fellow Brits Darren Turner and Jonny Adam, and Danes Nicki Thiim and Marco Sorensen, on the books of AMR for the 2018/19 WEC.

Further driver announcements will follow, according to Aston Martin. 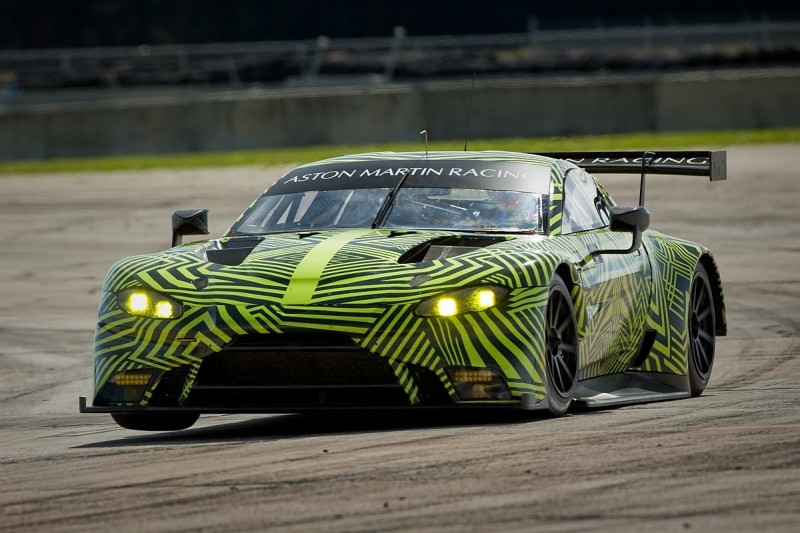 Porsche still working on new engine it planned for LMP1