Porsche insists Audi's ambitions of launching an LMDh project will have no impact on its own bid to return to topflight sportscar racing with the same set of regulations.

Audi announced on Monday it would quit Formula E after the 2020-21 season to "intensively prepare" for an LMDh programme that would include the Le Mans and Daytona 24-hour races, and a Dakar entry from 2022.

Audi's sister company Porsche revealed back in March it is also evaluating the LMDh ruleset which have been jointly devised by ACO and IMSA, raising the possibility of the two Volkswagen Group brands competing against each other in the same category.

Porsche and Audi previously went head-to-head in the WEC at the height of the LMP1 era between 2014-16, before quitting in successive seasons due to the fallout of the Volkswagen dieselgate scandal.

The two manufacturers have since revived their rivalry with Porsche joining Formula E in 2019-20, although Audi's decision to exit the category will leave Porsche as the sole VW Group representative from season 8.

Porsche insists it continues to assess the LMDh rules and hopes to reach a conclusion soon, but it remains unaffected by Audi's decision to overhaul its factory motorsport involvement.

"No, for us it is still the case that we are in the evaluation phase," a spokesperson from Porsche told Autosport.

"In other words, basically what Audi is starting now. And no, we are definitely not out.

"A bit more on what we have been saying since September: So far, we've been the only ones who have expressed an interest in this. And we still are.

"The Audi announcement doesn't change that. Everything else is subject to a decision by the Board of Management.

"We still hope that we can make a decision as soon as possible.

"After all, a commitment means a good amount of preparation time with the partners, especially for the chassis, adaptation to the standard hybrid system and the choice of the ideal powertrain. That takes a lot of time." 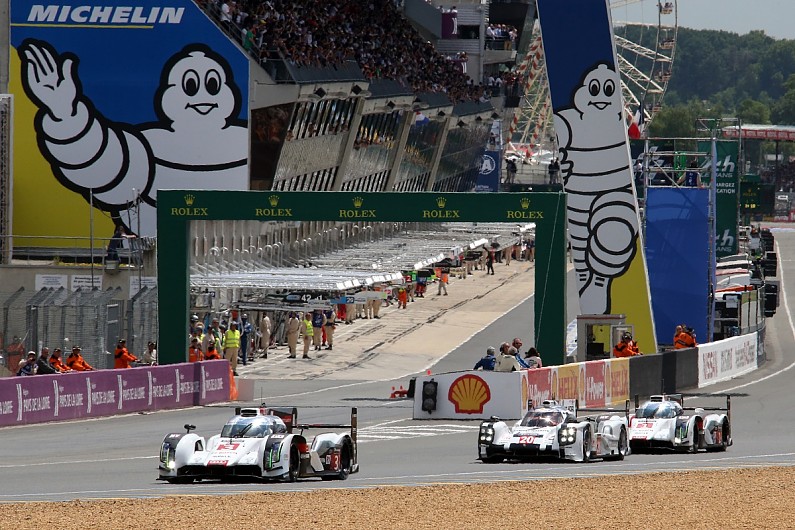 "We continue to welcome the LMDh. We are continuing to work on a possible concept and hope that we can move on to the second phase as quickly as possible."

The LMDh rules are set to be introduced in the FIA World Endurance Championship from the 2022 season, before making their way in the IMSA WeatherTech SportsCar Championship the following year as a replacement for the top-tier DPi class.

In the WEC, cars built to LMP2-based LMDh regulations will be balanced against LM Hypercars that will be making their debut early next year in place of LMP1.

Toyota, Glickenhaus, ByKolles and Peugeot have all elected to build cars based on the Hypercar concept, although the latter won't be returning to the WEC until the second year of the regulations in 2022.

While Porsche quit the LMP1 class of WEC after 2017, it has remained in the series in the GTE classes and introduced a latest iteration of the 911 RSR in the recently-concluded 2019-20 season.

However, it pulled out of the corresponding GTLM category of IMSA after this year's final round at Sebring.