Two-time Indy 500 winner Juan Pablo Montoya will make a late return to the Le Mans 24 Hours with the DragonSpeed squad.

The 44-year-old Colombian has been called up to drive the #21 DragonSpeed ORECA-Gibson 07 alongside Memo Rojas and Timothe Buret for what will be his second Le Mans start.

Team sources have confirmed that Montoya will drive the car in the double-points World Endurance Championship event on September 19/20.

An official announcement is expected after the team has gone through the official procedures required to change a driver by race organiser the Automobile Club de l'Ouest.

It is understood that Montoya was approached by DragonSpeed boss Elton Julian, whose team also races in the IndyCar Series, after a breakdown in its relationship with Derani. 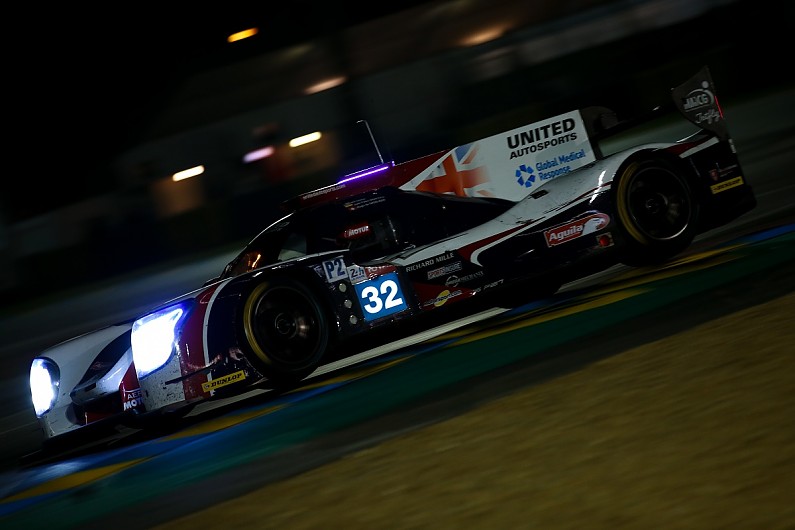 He shared a Ligier-Gibson JSP217 with American Will Owen and Swiss Hugo de Sadeleer.

They finished fifth in LMP2 on the road, but moved up to third in LMP2 and seventh overall on the disqualification of the G-Drive Racing and TDS ORECAs for refuelling system irregularities.

Montoya has focused on sportscar racing with Penske since the beginning of the Acura programme in 2018 and currently lies seventh in this year's IMSA Daytona Prototype international standings.

He has also won the Daytona 24 Hours on three occasions with the Chip Ganassi Racing squad, with which he was racing in the NASCAR Cup.

Montoya has outlined a desire to try to claim the unofficial triple crown of motor racing by adding a Le Mans victory to his 2000 and 2015 Indy triumphs and his 2003 Monaco Grand Prix victory with Williams.

He tested a Porsche 919 Hybrid LMP1 car in Bahrain in November 2015, setting fastest time of the day in the official WEC rookie test.