Following the exit of both Ford and BMW from the FIA World Endurance Championship at the end of the 2018/19 superseason, Le Mans was already set for a considerably smaller GTE Pro grid than last year's bumper 17-car contingent.

But the onset of the COVID-19 pandemic, which forced the French classic to be postponed until September, prompted Corvette Racing and Porsche's North American cars to withdraw, cutting the size of the field from 11 cars to eight.

Two Ferrari 488 GTEs from IMSA squads Risi Competizione and Scuderia Corsa-run WeatherTech Racing, which moves up from the GTE Am ranks, are the only GTE Pro cars now set to take part in the race besides the six full-season WEC entries from Ferrari, Porsche and Aston Martin.

But former Ford driver Tincknell, who will make his debut with Aston Martin at Le Mans, told Autosport he believes that whichever manufacturer comes out on top this year "won't have done any less of a good job" than in previous years owing to the quality of the field.

"I think at the front it won't feel much different," said Tincknell, the 2014 LMP2 class winner.

"Whether there are 17 cars or eight cars, it will be just as hard to win.

"With 17 cars, some will have issues and some manufacturers will be faster than others, but at the sharp end, the top five or six will always be good. 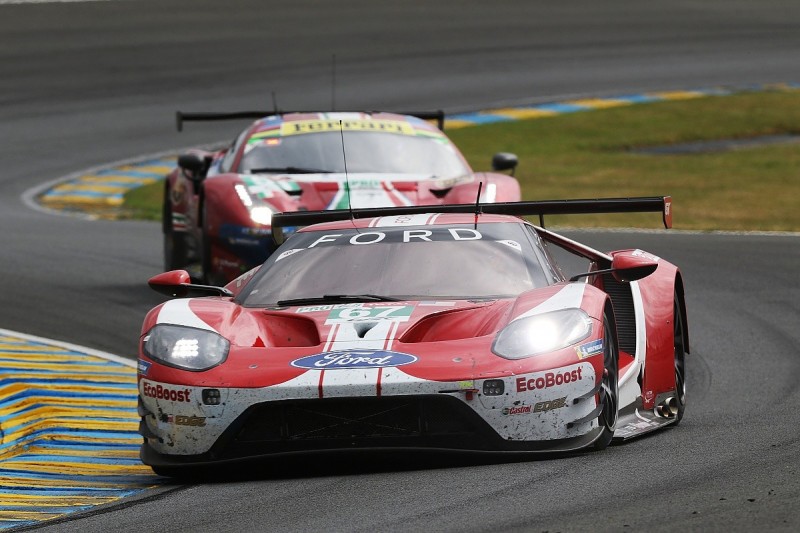 "It will be marginally easier to have a setback and come back from that, because you don't have to fight back through as many cars.

"It might keep things closer, there's also less chance of the field being split up by a safety car.

"I guess less cars means more chance to win on paper, but I don't think the winning team this year will have done any less of a good job than in the previous couple of years, because the level is still so high."

Tincknell will share the #97 Aston Martin with compatriot Alex Lynn and Maxime Martin.

Although he has yet to race the Vantage, he believes the unusual circumstances surrounding this year's delayed 24 Hours - which is running to a condensed three-day schedule and with more hours of darkness - will lessen the disadvantage of having to learn a new car.

"For me personally, I'm going to be adapting to a new environment at Aston Martin, which I'm looking forward to," Tincknell said.

"But with no fans, it might play into my hands because everyone is going to be adapting to a slightly strange atmosphere.

"Obviously I'm going to be trying to get up to speed as quick as I can, but it just means everyone is in a slightly different environment, which could make more of a level playing field."

Podcast: Autosport@70 - choosing the greatest sportscar of all time