The rules for the 2021 LM Hypercar World Endurance Championship category have been brought into line with the new LMDh regulations due to come into force one season later.

Maximum power output and minimum car weight for LMH machinery has been reduced to the same levels as LMDh prototypes, while the aerodynamic performance has also been equated.

The move is designed ensure that the two types of car have similar performance characteristics, as well as reducing costs in LMH.

The LMDh class announced at the Daytona 24 hours in January has been conceived to allow the came cars to contend for outright honours in both the WEC and the IMSA SportsCar Championship in North America from the 2022 season.

Last week, it was confirmed that LMDh will be based on the next-generation of LMP2 machinery, with manufacturers able to fit their own engine and bodywork to chassis supplied by ORECA, Ligier, Dallara or Multimatic in the same way as they do with IMSA's existing Daytona Prototype international category.

Now the maximum powertrain output for LMH - which has been postponed until next year from an original start date of September following the WEC's decision to drop its winter calendar - has now been brought down from 585kW or 785bhp to 500kW or 670bhp for LMH and the weight limit from 1100kg to 1030kg, the same figures announced for LMDh.

The changes have been agreed by the FIA's Endurance Commission and are still subject to ratification by the World Motor Sport Council. 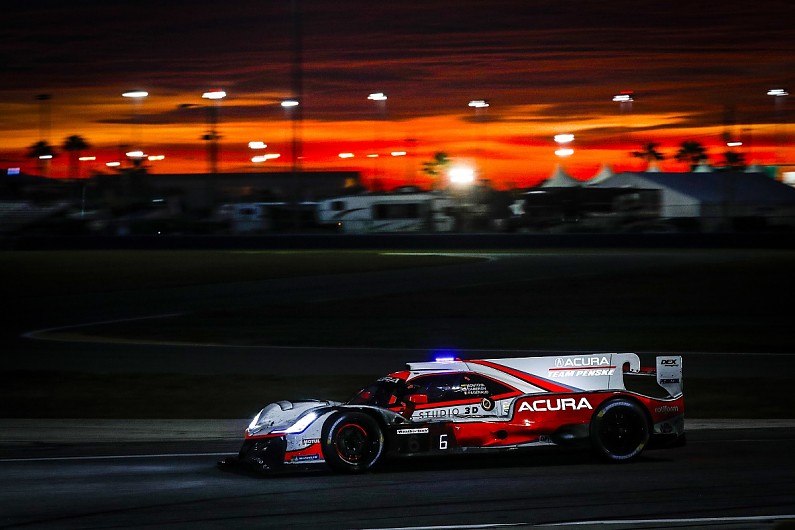 "The technical teams at the FIA and the ACO have worked hard to adapt the LMH regulations and the result has been warmly welcomed by manufacturers.

"We must be proactive to build the future of endurance [racing]: this announcement is further evidence of the constructive collaboration that is crucial to our discipline."

Peugeot, which has yet to decide in which category it will make its return to sportscar racing in 2022, has lobbied for what its motorsport boss Jean-Marc Finot described as "perfect equity" between the two rulesets.

One significant performance differentiator remains in the regulations: a LMH car can run a front-axle energy retrieval system, whereas all LMDh machinery will have a single-spec system on the rear wheels.

It remains unclear if the so-called '120 rule', which would have prohibited deployment of hybrid power through the front axle at speeds lower than 120km/h (75mph), will be retained in the regulations.

It was a condition laid down by Aston Martin ahead of its announcement last year that it would join the WEC with a non-hybrid racing version of its Valkyrie road car.

It subsequently put its plans to go for outright victory in the WEC on ice in February, citing the uncertainty caused by the LMDh news.

The LMDh class has been conceived to allow the came cars to contend for outright honours in both the WEC and the IMSA SportsCar Championship in North America.