Draft technical regulations for the new LMDh prototype category for the World Endurance Championship and the IMSA SportsCar Championship have been released to interested manufacturers and constructors.

The first version of the regulations for the new class announced at the Daytona 24 Hours in January was sent to manufacturers and the four constructors awarded licences to build LMDh machinery last week.

The move has been simultaneously announced by the WEC and its promoter, the Automobile Club de l'Ouest and IMSA, though the regulations have yet to be published.

The final regulations for the category that will allow the same machinery to race in both the WEC and IMSA from 2022 are due to be announced by or before the rescheduled Le Mans 24 Hours in September.

The announcement confirmed that the category will be based on the next-generation of LMP2 machinery.

Manufacturers will then be able to fit their own engine and bodywork to one of the P2 chassis from ORECA, Ligier, Dallara and Multimatic in the same way as they do with IMSA's existing Daytona Prototype international category.

A single-source or spec rear-axle hybrid system will be mandatory and only one aerodynamic configuration will be allowed.

The minimum weight for the class has been announced as 1030kg and peak power for the internal combustion engine and the hybrid system as 500kW or 675bhp. 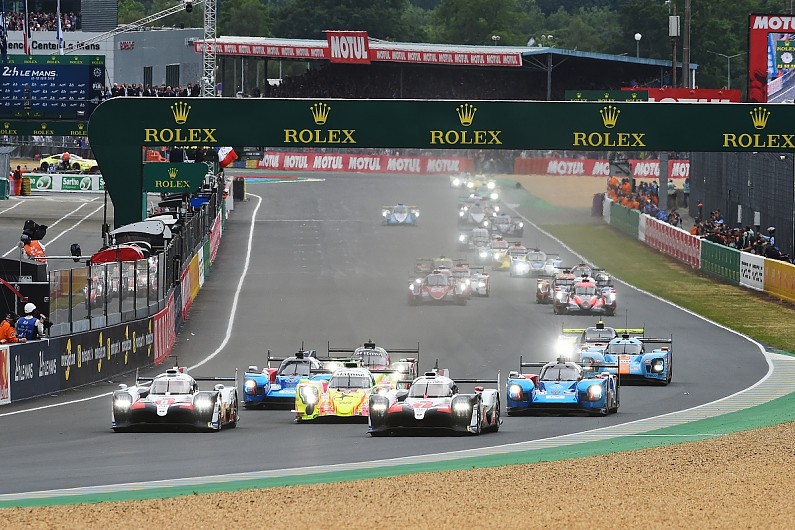 The WEC and IMSA further outlined an intent for the LMDh machinery to race on equal terms with the LM Hypercars that will come on stream in the world championship in 2021.

The statement said that it wants "to ensure convergence leads to similar performance parameters for both rule sets".

The performance of the different types of car will ultimately be equated by a system of Balance of Performance.

The press statement warned that the timeline for the introduction of the LMDh category could change.

It stated: "The introduction of LMDh race cars continues to be targeted in the 2022 racing season for both the ACO and IMSA.

"However, this timeline will clearly need to be further validated in partnership with the automotive manufacturers, chassis constructors and key suppliers in light of the COVID-19 pandemic to determine if a delayed introduction becomes necessary."

The minimum lifespan of the new category will be five years.

The announcement addressed the issue of LM Hypercars being able to race in the IMSA series. The US series will be open to LMH participation from mainstream automotive manufacturers once performance at IMSA circuits is validated.

ACO president Pierre Fillon said: "We are unveiling the basic technical details of this new LMDh category which will allow the same car to race in the WEC and IMSA without any modification necessary to the car. The dream of many manufacturers is finally coming true."

IMSA CEO Ed Bennett described the release of the LMDh rules as "another key milestone".

"These regulations provide a roadmap for manufacturers and constructors to embark on the design process for new LMDh race cars that will revolutionize the top category of premier sportscar racing around the globe," he said.

Share this article on Facebook Twitter LinkedIn Email
Previous / Senna wants "proper race" with Toyota in 2020
Next / Have a go hero: How an F1 star won Le Mans
© 2020 Autosport