Gustavo Menezes and Norman Nato sealed the top spot ahead of the best of the Toyotas after the team swapped the engine in the back of its solo Rebellion R-13 as a result of a sudden failure halfway through the second practice period.

Kazuki Nakajima had been eight tenths quicker than Lopez in the first runs with a 1m47.891s, but Brendon Hartley lost his first lap to a track limits violation.

That yielded a 1m49.910s average, which was a tenth up on the 1m50.073s from Filipe Albuquerque and Phil Hanson in the United Autosports ORECA.

Nyck de Vries set the fastest P2 time aboard the Racing Team Nederland ORECA with a 1m48.696s, which briefly split the Toyotas during the first runs.

Sorensen led the way after the first runs on a 2m00.742s before his team-mate maintained the top spot on his first run.

Thiim then improved on his lap, getting down to a 2m00.725s to give them a 2m00.733s average and a two-tenth margin over the second-placed Porsche 911 RSR of Michael Christensen and Kevin Estre.

Alex Lynn and Maxime Martin took third in the second of the Astons with a 2m01.029s average.

Gianmaria Bruni, who had been second after his lap, and Richard Lietz ended up just two hundredths back in fourth with 2m01.049s.

James Calado and Alessandro Pier Guidi just edged out the Porsche of Gianmaria Bruni and Richard Lietz for fourth, while Davide Rigon and Miguel Molina ended up sixth.

GTE Am pole went to the Project 1 Porsche 911 RSR qualified by Matteo Cairoli and Egidio Perfetti from the Aston Martin of Paul Dalla Lana and Ross Gunn. 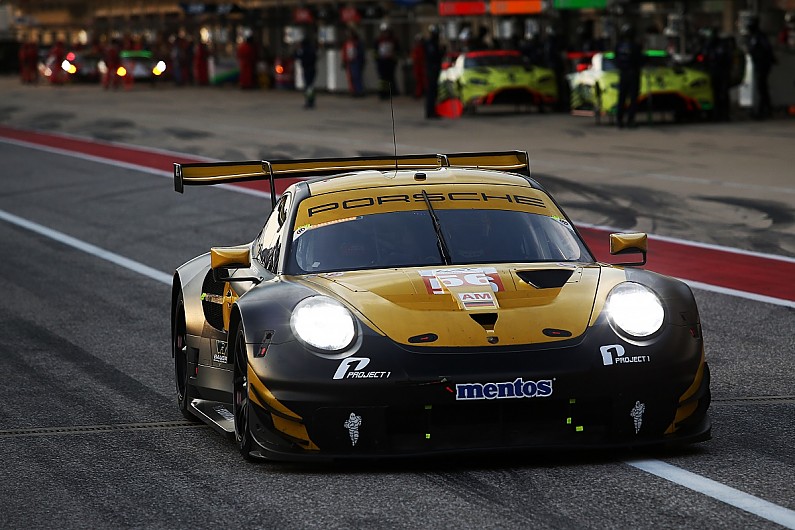