Audi will take a step up in hybrid energy with the all-new Audi R18 e-tron quattro World Endurance Championship contender it unveiled on Saturday evening.

The latest turbodiesel LMP1 racer to carry the R18 e-tron quattro name will race in the six megajoule hybrid sub-class next year rather than the 4MJ division in which it competed in 2015.

Audi has abandoned the flywheel energy storage or mechanical battery system used since the arrival of the first R18 hybrid in 2012 in favour of a lithium-ion battery, the same technology used by 2015 WEC champion Porsche.

The move to 6MJ should put the Audi on a par in terms of the Equivalence of Technology with petrol-powered rivals Porsche and Toyota, who will both race at 8MJ in 2016.

Christopher Reinke, head of LMP1 at Audi Sport, told Autosport: "Making the step to 6MJ is very important and puts another weapon in our hands."

The new Audi runs a single, front-axle kinetic energy-retrieval system, although the manufacturer is refusing to confirm this.

It abandoned a turbo-driven system ahead of the launch of the 2014 version of the R18 and the weight disadvantage of a turbodiesel technology mitigates against the use of a rear KERS.

The latest Audi once again pushes the boundaries on aerodynamics, as can be seen from the first photographs of the car.

Audi Sport boss Wolfgang Ullrich said: "With our new Audi R18, we're setting a clear signal: Audi continues to put the pedal to the metal in motorsport, deliberately relying on TDI - the world's most successful automotive efficiency technology - at the Le Mans 24 Hours."

The new car ran for the first time at Paul Ricard with Filipe Albuquerque at the wheel earlier this month and will begin testing in earnest at Sebring in the US at the start of December. 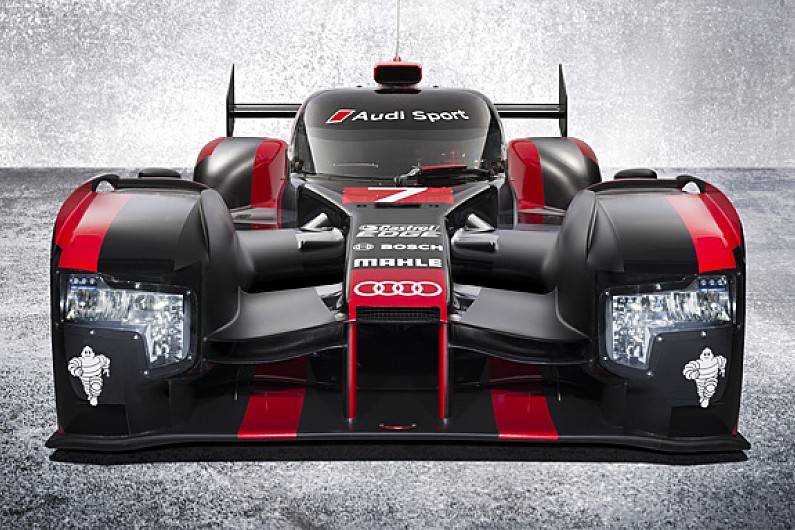