Multiple Isle of Man TT winner Michael Dunlop has announced he will ride a Ducati V4 R Panigale for Paul Bird Motorsport on the roads in 2020.

Dunlop's plans for this year remained a mystery for some time, with it thought he would likely be parting ways with the TAS-run Tyco BMW squad he rode for last season.

The 19-time TT race winner had been linked with a return to the Stuart Hicken-run Hawk Racing squad Dunlop previously rode for.

However Dunlop has announced a link-up with reigning British Superbike champion PBM for 2020, which will lead to Ducati's return to the famous 37.37-mile TT circuit.

In a brief social media post to go along with a shot of the PBM bike he will race in the Superbike class at the TT and North West 200, Dunlop wrote: "So, here it is. Superbike ride for 2020 and don't it just look mean?"

So here it is superbike ride for 2020 and don't it just look mean as pic.twitter.com/PyAW9wcNLB

It is unclear what Dunlop's plans for the Superstock, Supersport and Lightweight classes on the roads are yet, though it is likely he will run machinery under his own MD Racing banner as has been the case for the last few years.

Last year was a difficult one for Dunlop.

Returning to racing after time off following the death of older brother William Dunlop in the Tandragee 100 races in July of 2018, Michael's year was plagued by injury.

He injured his wrist in a crash during testing for the Tyco BMW team, though gritted his teeth through the NW200 and TT.

He registered the 50th victory for the Dunlop name at last year's TT when he won the Lightweight race on the Paton.

A heavy crash during the Southern 100 races on the Isle of Man later that year left him with a broken pelvis and further aggravated his wrist.

This came just weeks after suffering a shoulder injury in a crash during Rally Donegal.

Dunlop was passed fit to race at August's Ulster Grand Prix, but ultimately pulled out having only contested one race that week.

He ended his season in the autumn to undergo surgery on his injuries.

Earlier this year, 23-time TT winner John McGuinness confirmed to Autosport that he had held talks with PBM about returning to the squad - with whom he raced in 2003 and managed podium success - before ultimately signing with Bournemouth Kawasaki. 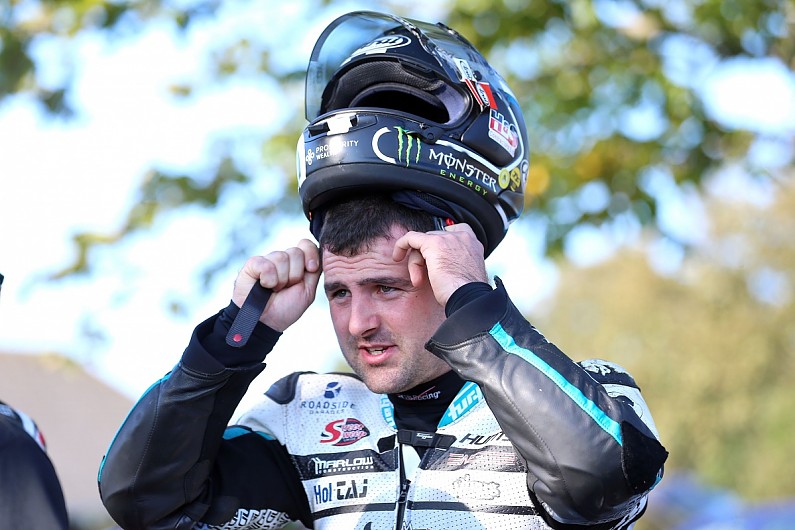