British Superbike race-winning team OMG Racing will compete at the Isle of Man TT for the first time in 2020 with a to-be-confirmed "star-studded" line-up.

The OMG squad made its debut in British Superbike Championship in 2018 and managed victory at the Silverstone round this year with Josh Elliott aboard Suzuki machinery.

The team will switch to a BMW bike in the SBK and Superstock classes in the British championship, and has confirmed it will expand its racing effort to contest the International road races - including the TT and North West 200 - in '20.

It will field S1000RR BMWs in the SBK and STK classes, and Yamaha R6 machinery in the Supersport class.

OMG Team Principal Paul Curran said of the announcement: "This is obviously a huge announcement as we prepare to take on our first ever road racing season as a team.

"Road racing is something which has been on our radar for a while now, but was a big investment in terms of time and resources, the team ownership agreed that was something we couldn't pass up on though - so it became a case of assembling a team capable of winning.

"Our focus and commitment to British Superbikes won't be changing, so our supporters can expect us to give 100% to both the BSB and the roads across the season.

"We have some vastly experienced people coming on-board to help us develop behind the scenes, and on the bikes themselves - some household TT names - which we'll be announcing over the coming days.

"We're not competing just for the fun of it, we're racing to win and to shake up the road racing competitions as we have done on the circuits." 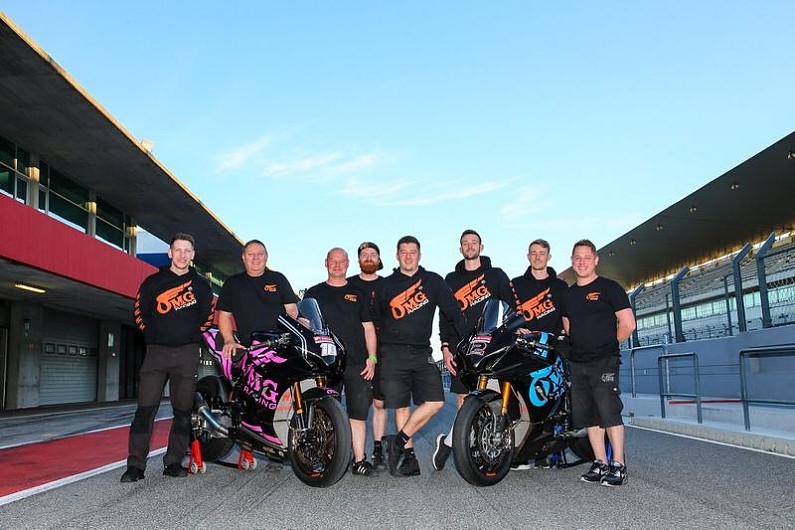 While two riders are set to be announced this week, Autosport understands the team is also seriously looking at the option of adding a third for the season.

A number of big names are currently without rides for 2020.

Honda's all-new line-up of Davey Todd and BSB star Glenn Irwin means '19 STK TT podium finisher David Johnson - who has prior experience of BMW machinery on the roads - is also seeking a ride.

One-time TT winner James Hillier is also looking for a ride, after he announced his split with the Bournemouth Kawasaki squad after a decade with team last week.

McGuinness confirmed to Autosport last month that he had been in talks with Paul Bird - with whom he competed at the Macau GP - about a Ducati return for next year following a tough return season with Norton.

However, the 23-time TT winner is still under contract with Norton and is yet to hold discussions with team owner Stuart Garner over the future of the Superbike project.