North West 200 and British Superbike race winner Glenn Irwin will make his Isle of Man TT debut in 2020 after agreeing a deal to join Honda.

Irwin (pictured above, left) has won the SBK race at the NW200 four times in his career on Ducati and Kawasaki machinery, though endured a turbulent year in BSB in 2019 in which he split with Bournemouth Kawasaki then the Tyco BMW team within months.

The Northern Irishman has talked about racing at the TT, and was strongly rumoured to be doing so next year.

Irwin, who will rider Honda's all-new CBR1000RR Fireblade on the roads and in BSB, said: "I guess it's natural to be excited to join Honda, but I really am!

"I got a taste for the team at the end of this season with [brother] Andrew [Irwin, in BSB] and got to see the structure and the atmosphere in the garage.

"It's an experienced brand, and to be associated with a brand like Honda is a dream come true.

"I'm enjoying doing the homework for the TT and learning it. There's no expectations whatsoever, we're not going there to win in year one.

"The place requires a lot of respect and time and that's what we'll give it.

"It's a privilege to make my debut there on the new Fireblade as a lot of people will be wanting to see it in action."

Road racing's newest star Davey Todd, who grabbed his first win in the Supersport race at the NW200 in just his second year at the international event in May, will join Irwin next season.

Having previously ridden for the privateer Penz13 squad, Todd will race as a factory rider for the first time, and will also contest the STK1000 championship in Britain with the team.

"I am really excited to sign for Honda Racing for the 2020 season," said Todd.

"We all know Honda's history and I grew up watching the factory team and that's what got me into road racing, and it's been a lifelong dream to ride for Honda." 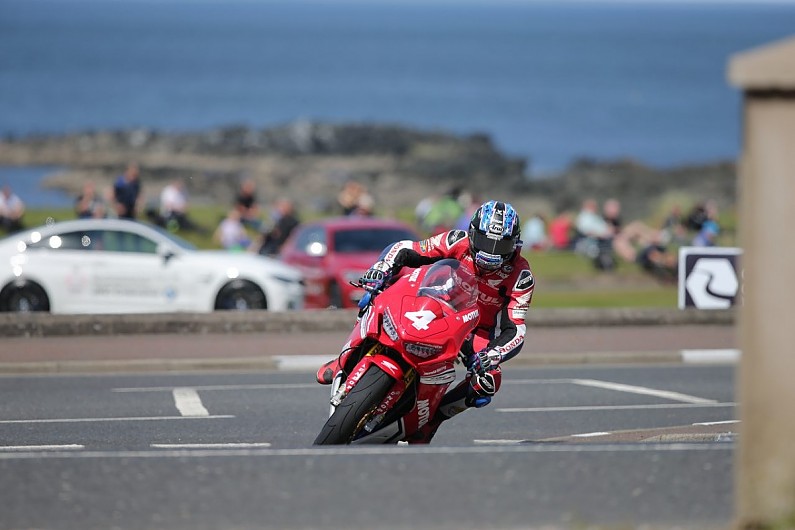 Honda fielded 16-time TT winner Ian Hutchinson (pictured above) and Australian David Johnson on the roads this year, but largely struggled for results, with the latter scoring a podium in the Superstock TT.

This announcement from Honda raises questions over both rider's futures.

At last weekend's Macau Grand Prix, Johnson joined John McGuinness at the Paul Bird Motorsport team on a Ducati, while Hutchinson lined up on a BMW run by SMT.