Isle of Man TT race winner James Hillier has split with the Bournemouth Kawasaki squad after 10 years, the team has confirmed.

Hillier made his TT debut in 2008 with the Bournemouth team, and has remained with them ever since, tallying up 13 TT podiums as well as victory in the '13 Lightweight race, and a win at the North West 200 in May.

He admitted several weeks ago at Motorcycle Live that he'd had "itchy feet" for a number of years, but a lack of competitive rides and the stability of his current surroundings led to him opting against a switch.

"After an amazing 10 years it's time for James Hillier to depart for pastures new - what an amazing journey we have had," a statement read.

"Massive thanks to James and his family and the best of luck in 2020.

"James will always be a huge part of [our] history." 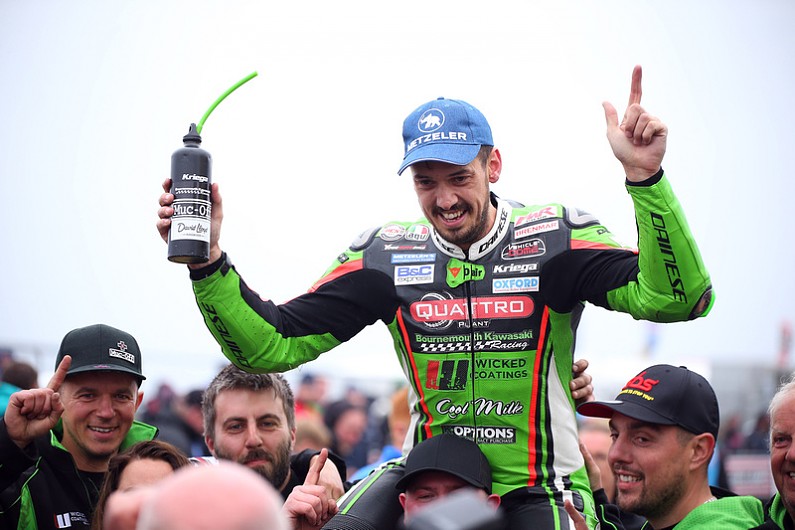 Hillier's options are limited for 2020. Top rides at Silicone Engineering, Smiths Racing and the works Honda squad have all been sewn up.

Of the other potential available options, Tyco BMW's plans remain unclear at present, with Michael Dunlop rumoured to be in talks about a return to the Hawk Racing squad he last rode for in 2017 when he took the Suzuki to victory in that year's Senior TT.

Norton is another team considering its options for 2020.

John McGuinness is still under contract, but a difficult campaign and talks with Paul Bird about a Ducati return have thrown this partnership into doubt.

Bournemouth Kawasaki, who currently operate a one-rider effort on the roads, have yet to announce its plans for the '20 season.