Poor weather on the Isle of Man has forced another day of practice for the 2019 event to be cancelled, with the opening Superbike session pushed back to Tuesday.

Saturday's combined Supersport and Lightweight practice had to be postponed to Sunday afternoon, as inclement weather coupled with poor visibility shrouded the 37.73-mile course.

The Island has been hit with showers all through Monday, with event organisers the ACU taking the decision to postpone tonight's combined SBK/Superstock/SSP and the Sidecar session to Tuesday evening instead.

A brief statement from Clerk of the Course Gary Thompson read: "Tonight's practice/qualifying session has been cancelled due to inclement weather - i.e. it's raining heavily.

Tuesday's action will begin at 18:20 local time, with the solos heading off first. That will conclude at 20:00, with the Sidecars taking to the circuit at 20:05 for their first outing of TT '19. 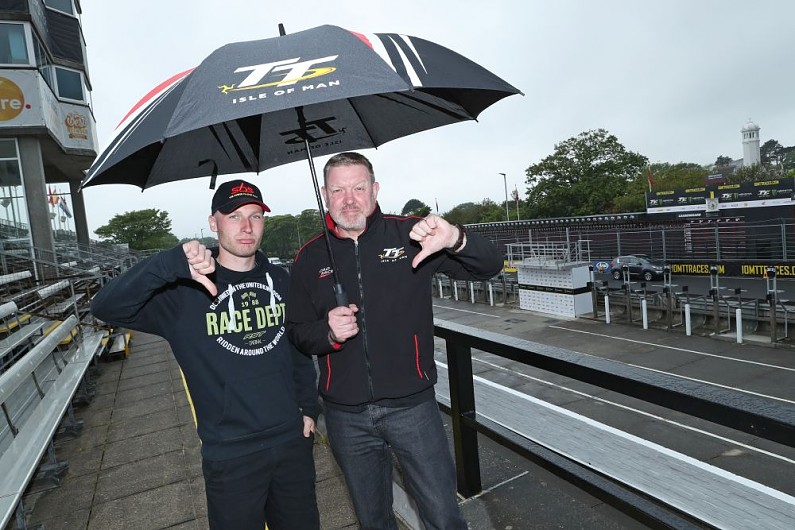 Silicone Engineering rider Dean Harrison set the pace in the SSP class during Sunday's practice, with the double TT winner dominating the session with a lap of 17m57.196s at 126.09mph.

Outright TT lap record holder Peter Hickman was due to get his first laps of the Mountain Course today, after he was forced to miss the opening night of running due to his racing commitments in the British Superbike Championship at Donington Park at the weekend.