Oliver Jarvis is known today as a sportscar racing ace on both sides of the Atlantic, but earlier in his career he almost became a long-term fixture on the Japanese scene - only to be lured away on two separate occasions.

The British racer spent two seasons in the Far East, one in 2007 in All-Japan Formula 3 with TOM’S, and a second in 2014 in Super GT with SARD. But both times, he was tempted back to Europe for the following season by Audi.

Jarvis was approached by TOM’S to race in F3 in 2007 following his appearance in the Macau Grand Prix the previous autumn, which capped off a season in which he finished runner-up in the British series. Sharing a garage with two Toyota prospects that have since become marque grandees, Kazuya Oshima and Hiroaki Ishiura, he finished third overall, with Oshima winning the title.

He had multiple offers to remain in Japan in 2008, but instead, the temptation of a works drive with Audi in the DTM proved too great to resist.

“I could have stayed in Formula 3 with TOM’S,” reveals Jarvis. “I had a really good offer, because the team had no seats in Formula Nippon. I had no GT500 option [in Super GT] but I had a good option in GT300, and I had a Formula Nippon option with Dandelion.

“But I did a test with Audi and they offered me the DTM drive, and racing with a major manufacturer in Europe felt like something I couldn’t turn down. Also, the DTM was a championship we aspired to, it was still considered one of the top series outside of F1.” 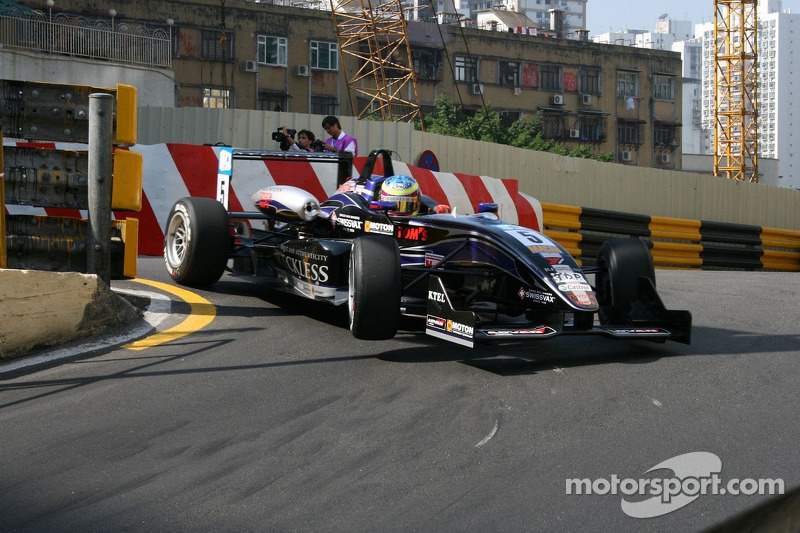 Jarvis’s year with TOM’S would open the door for a return to Japan seven years later, as Ishiura recommended him to the SARD Lexus team. By now, Jarvis had been dropped from Audi’s DTM stable, but was part of the line-up for the marque’s third car for the Le Mans 24 Hours, and remained so even as he embarked on his Super GT programme in 2014.

The fact that it was a brand-new formula that season, with a switch to two-litre turbocharged engines and the adoption of a shared common chassis with DTM, convinced Jarvis it was the right time to return. But it turned out to be a challenging year for the Briton.

Not helped by then-SARD chief engineer Yoshinari Suganuma “speaking absolutely zero English”, Jarvis and Ishiura finished as the bottom of five Bridgestone-shod Lexus crews in the standings in 11th place overall, with a best finish of fourth place in the opening round at Okayama.

“I completely relied on Ishiura to translate,” recalls Jarvis. “Because I couldn’t communicate with the team, basically Ishiura did all the set-up work and most of the driving in practice, and then they’d chuck me in the car at the end for the final 10 or 15 minutes. And in that time I would have to get up to speed.

“At times we had a really good car, but we just weren’t consistent enough. We had planned all these changes for the following year, but unfortunately I didn’t stay so I didn’t get to reap the benefits.” 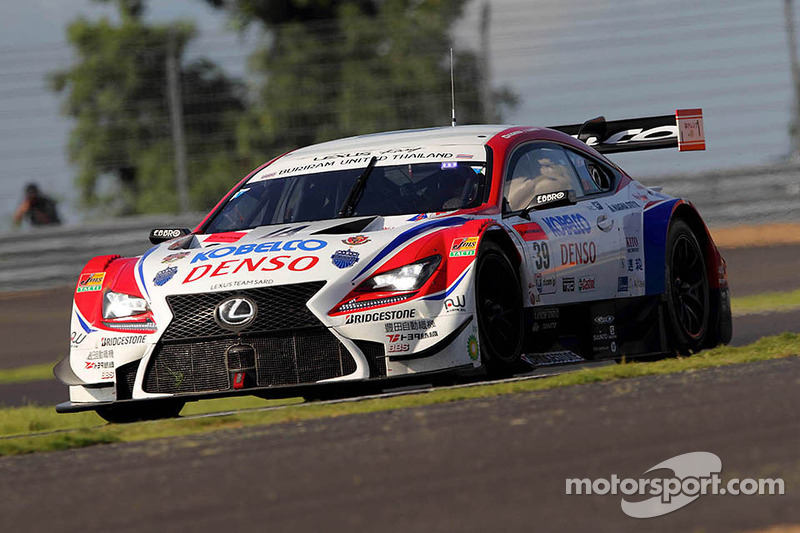 The reason that Jarvis didn’t stick around was that he had been made yet another offer he couldn’t refuse by Audi, this time to be a full-time driver for its LMP1 programme in the FIA World Endurance Championship. The seat he vacated went to none other than Heikki Kovalainen, who would go on to win SARD’s first and only GT500 title with Kohei Hirate in 2016.

“I was fully planning to stay with SARD; we had agreed everything and it was just a case of signing the contract,” admits Jarvis. “But I got the chance to go full-time in the WEC.

“We had agreed to change engineers, we pulled in a championship-winning engineer [Kotaro Tanaka]. I never ended up meeting him, but it was the manager who was looking after me in Japan who was pivotal in pulling in the engineer.”

Looking back on his two single-year stints in Japan, Jarvis says he has no regrets about the choices he made, although he concedes that he would have liked to have enjoyed a longer stint in Japan before making the eventual return to Europe, as the likes of fellow Audi LMP1 stars Andre Lotterer, Benoit Treluyer and Loic Duval managed to.

But, he also believes it’s easier for the current generation to parlay success in Japan into top drives elsewhere than it was for those racing in the 2000s. 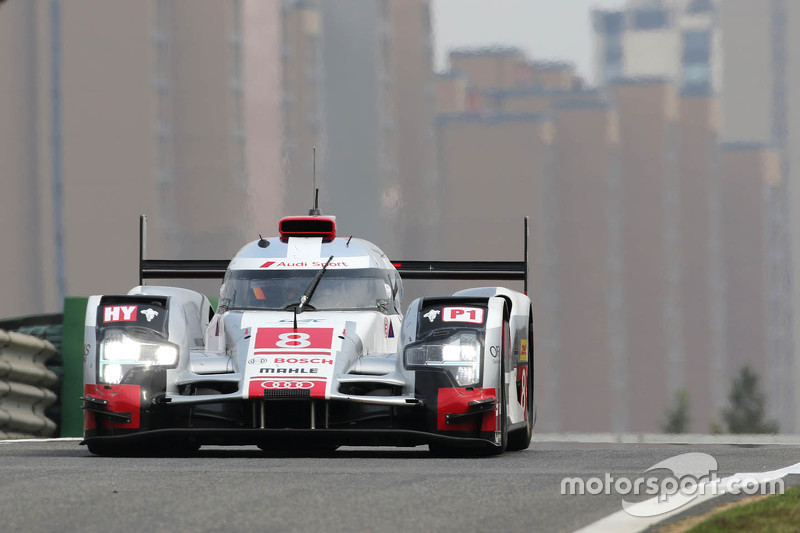 Jarvis would share a car in 2015-16 with another Japanese racing graduate, Loic Duval

“More recently, Japan has become more fashionable for European drivers thanks to [Stoffel] Vandoorne and [Pierre] Gasly, but the worry in my era was that you could be forgotten about,” explains Jarvis. “If you stayed here for five or six years, then there was no guarantee of coming back no matter how well you did. That was something that weighed on my mind.

“At the same, there’s no reason you couldn’t stay out here and have an incredible career. Bertrand Baguette made his debut in GT500 the same year as me, and he’s still out here, going strong. I would have loved to have done more years out here, but it didn't work out.

"You can’t race in everything. And if I had turned down Audi, I would always be thinking, ‘what if…’. It was the right call.”

And so, since 2015 Jarvis has been an observer of the Japanese racing scene from afar, although his recent visit to Fuji for the track's first WEC round for three years afforded him the chance to catch up with old colleagues and rivals.

“It was so much fun, an incredible championship,” he says of his time in Super GT.  “The cars were incredible, we had the tyre war as well - Nissan won that year using Michelins, we were on Bridgestones. I have nothing but good memories. The racing is some of the best I’ve ever done.” 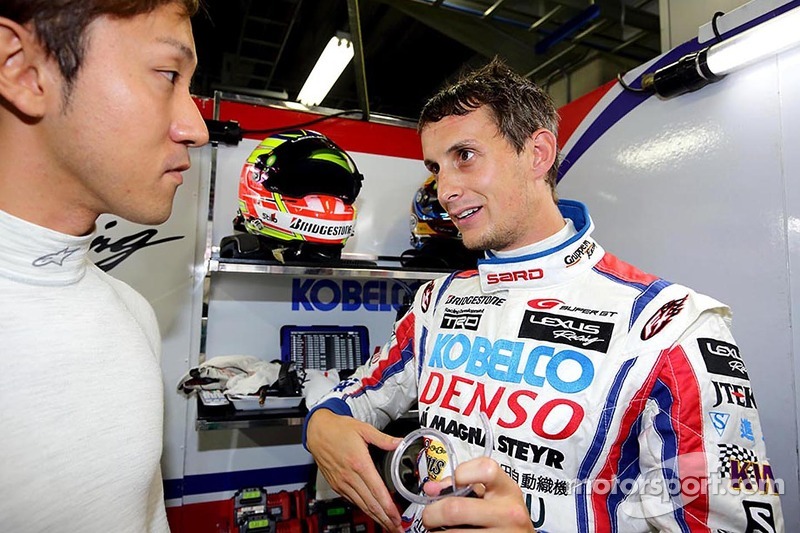