Shane van Gisbergen has offered a frank assessment of the 2020-spec Supercars package, saying the cars are "crap" to drive but conceding they'll look more spectacular to fans

The 2016 series champion was left unsure about the new control damper package in testing on Tuesday, labelling them "subpar" when quizzed by Autosport.

His assessment wasn't much better after today's opening official practice session of the season in Adelaide in which the Triple Eight Holden driver finished second to David Reynolds' Erebus Holden, joking in the press conference that he was "hating life" as he battled with the new dampers and a reduction in aero reckoned to be around 12% on last year.

Van Gisbergen did, however, concede that the dampers becoming a control part means the entire field will be facing the same struggles - and noted that less grip will make the racing more spectacular.

"I don't mean hating life, I mean the cars are crap but it probably looks better," he explained.

"We're all battling a bit more. We've been pretty lucky in previous years having nice shocks and stuff. Now we've got these things, we're battling.

"We were trying a lot of stuff and trying to match the shock absorbers to each set and try different things. [There is] still a lot to figure out, so we've got some big sessions tomorrow. 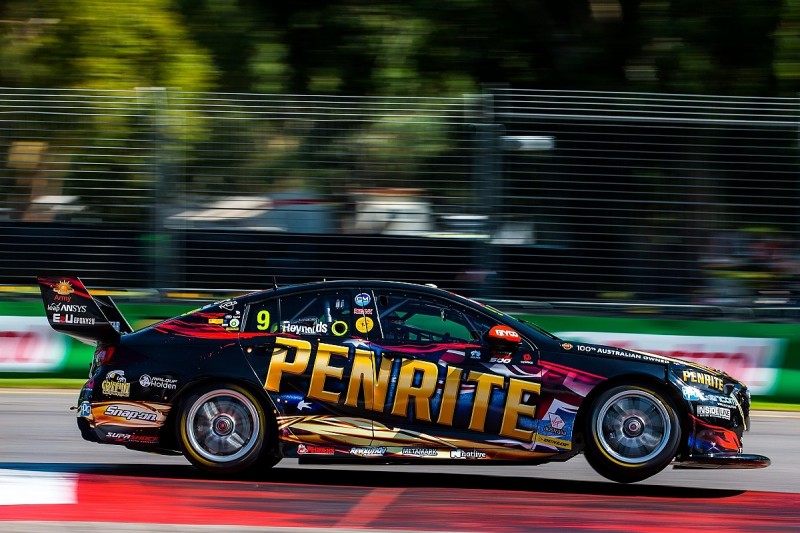 "We didn't get a new tyre run at the end there, most people wouldn't have, so that would have been interesting."

Reynolds (above), who was just 0.009s quicker than Van Gisbergen when the session was brought to a premature halt after Lee Holdsworth clashed with Garry Jacobson at Turn 3, agreed that the cars were difficult to drive but had a more positive take on the lack of grip.

"It's very, very wild. Extremely wild. It feels like I'm out of control," he said.

"Obviously I think everyone's struggling out there, just watching all the replays, everyone's battling with a bit of balance.

"It's just who can do a good job to make their car balanced and go fast."