David Reynolds topped Thursday's opening practice session, which was shortened with a handful of minutes left on the clock following an awkward clash between Lee Holdswocth and Garry Jacobson.

The second session was topped by Triple Eight's Shane van Gisbergen, while crashes for Will Davison and a particularly heavy one for Scott Pye led to the outing being red-flagged twice.

Reigning champion Scott McLaughlin set the pace throughout the majority of the final half-hour session, the Penske Ford driver charging to the top early with a 1m19.746s.

He then lowered that benchmark at the mid-way point to a 1m19.524s.

However McLaughlin was undone by some last-second heroics from Mostert, WAU's star signing rocketing to the top with a 1m19.241s inside the final minute. 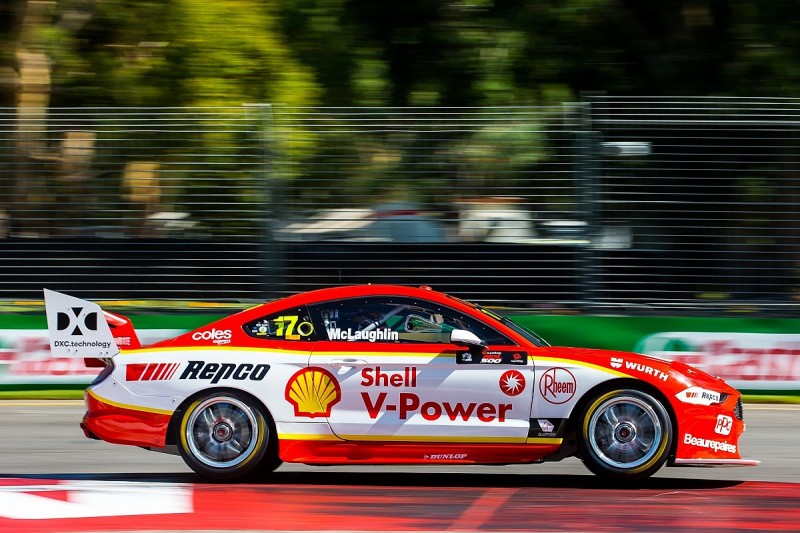 "The saddest thing is that it's practice, not qualifying, we'd be happier if it was qualifying," said Mostert.

"The car felt good, and it still feels so far behind the eight-ball. [We're] still trying to learn the car, it's a fair bit different.

"It felt pretty hooked up and there wasn't much more left in it out there. It's pretty loose with the new changes, but a lot of fun to drive.

"It's just awesome to finish practice on the high, sleep well tonight, come back and try to be up the pointy end again tomorrow."

Mark Winterbottom was an impressive fourth in the Team 18 Holden, while the Erebus entries of Anton De Pasquale and David Reynolds were split by Jamie Whincup.

Cam Waters was eighth quickest, Shane van Gisbergen ninth and Nick Percat the last of the drivers that will go straight into Q2 on Sunday with 10th.