A poor first race for Whincup, finishing 25th after a puncture and a subsequent second stop, allowed points leader Shane van Gisbergen to extend his advantage, but that was trimmed again when the Triple Eight driver was penalised in race three and finished back in 23rd.

Dick Johnson Racing driver De Pasquale, who had won two of the three races held at SMP last weekend in the first Supercars race meeting held in three months due to the COVID-19 pandemic in Australia, had taken soft tyres for the start of race two in drying conditions following a downpour.

Fellow front-row starter Shane van Gisbergen went for hards and while the points leader got the better start to lead on the first lap, poleman De Pasquale quickly snuck by and bolted into the lead.

The duo then staged an intriguing strategic battle, De Pasquale the hare needing to take hards later in the race, while van Gisbergen could tick off laps and wait to switch to the softs.

Van Gisbergen dropped around eight seconds to De Pasquale across the first stint, before taking his stop on lap 13.

De Pasquale stayed out on the softs until lap 23, emerging from his stop less than two seconds ahead.

But while van Gisbergen had the faster compound, the 10 laps they'd already covered meant they were past their best. That meant a new set of hards was enough for De Pasquale to retain and then increase the lead, his final winning margin more than eight seconds. 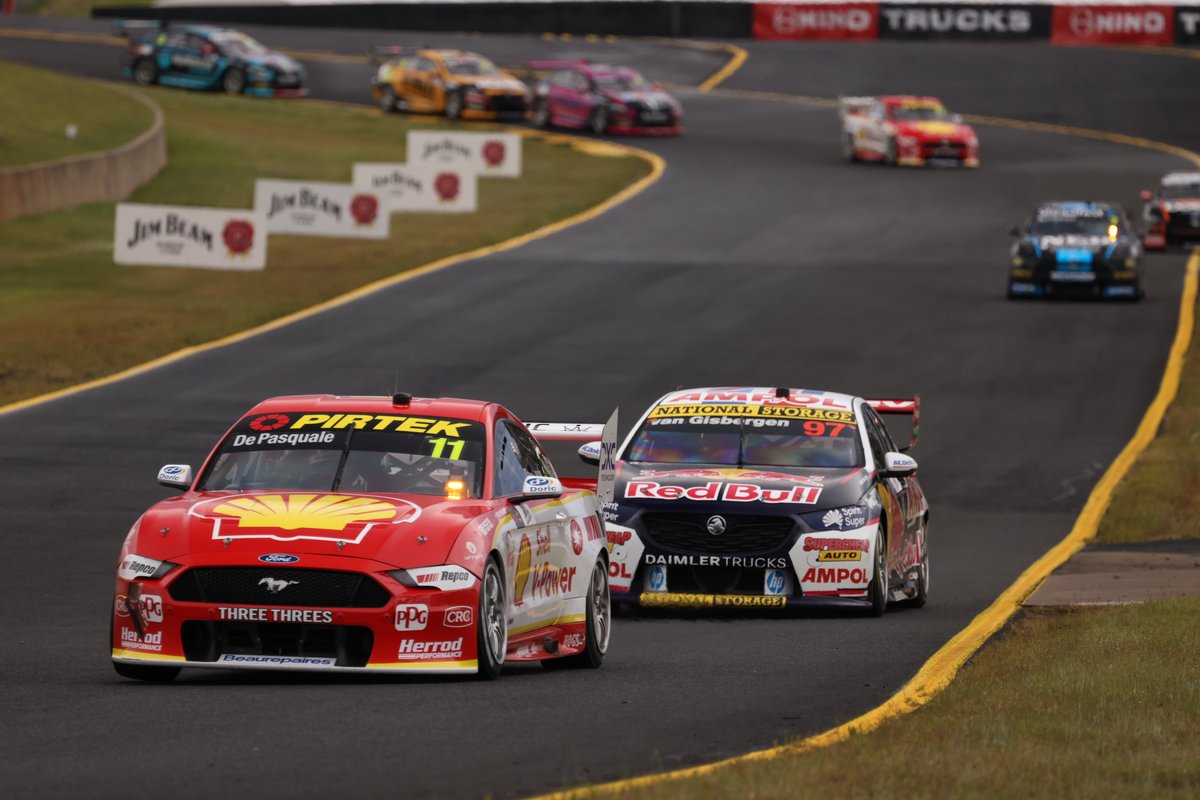 However, van Gisbergen still extended his points lead as a puncture and subsequent second stop left team-mate and closest contender Jamie Whincup way down in 25th.

Tickford's James Courtney made good headway from sixth on the grid, using a similar strategy to De Pasquale to round out the podium as Will Davison (DJR) and Scott Pye (Team 18) finished fourth and fifth.

Whincup's fortunes turned for race three, held in the dark with poor visibility thanks to the spray under lights.

A fast start from the third row of the grid proved decisive for Whincup, the seven-time series champ bolting into a lead he'd hold to the end when the race was declared with seven laps to go.

Walkinshaw Andretti United driver Bryce Fullwood launched from eighth to second, but was subsequently hit with a pitlane penalty for a jumped start.

There was more lap one action further back in the pack, Brodie Kostecki and Courtney both firing off at Turn 3 to cause a six-lap Safety Car.

The restart provided more drama, as fourth-placed van Gisbergen sailed off the road at Turn 1. He managed to bounce over the gravel and continue at the back of the field, an impressive charge over the laps that followed helping him back up to 12th.

However he was then slapped with a drive-though for passing De Pasquale before the control line at the restart – only for Triple Eight to successfully argue that De Pasquale had backed off. The penalty was revoked, only for van Gisbergen to then cop another one when his car was dropped with the rattle gun on the right rear during his stop. 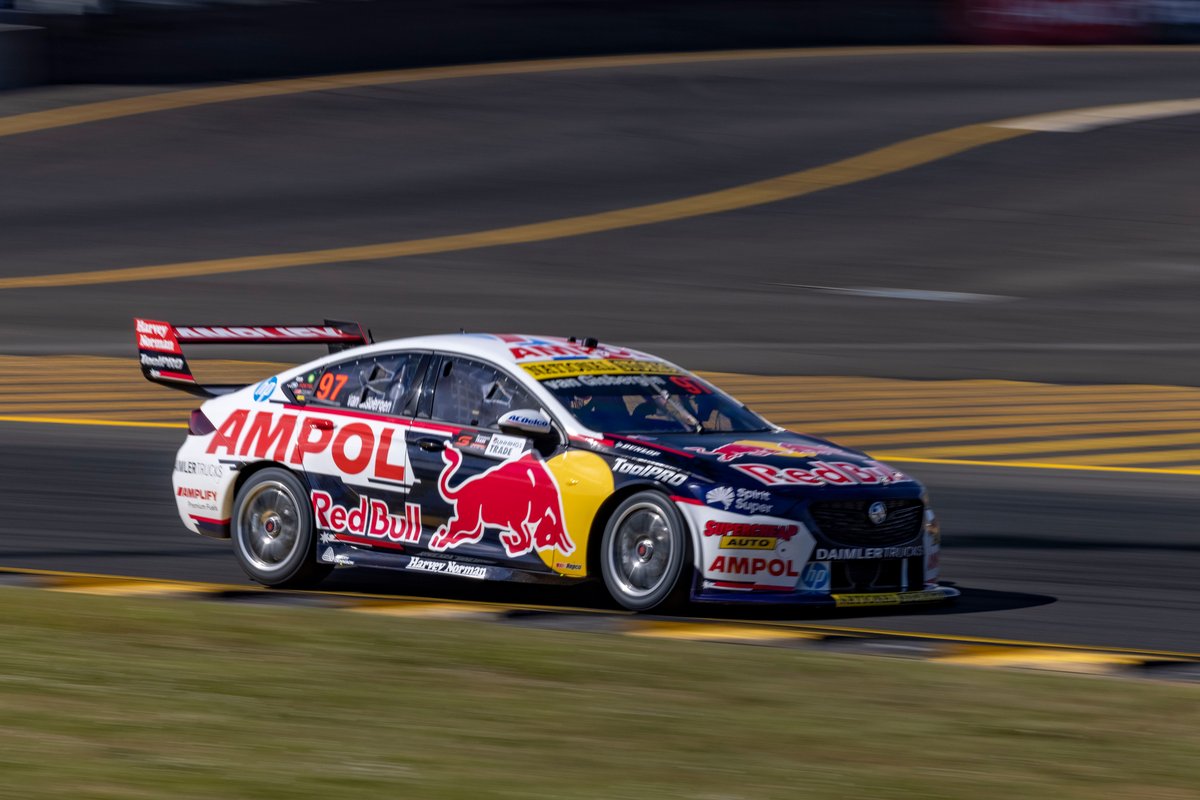 At the front of the field, Whincup continued to lead ahead of De Pasquale, while Fullwood's team-mate Chaz Mostert – coming from the back row after being excluded from qualifying – made great progress by running long.

A lap 21 safety car, called when Jake Kostecki sent his Matt Stone Racing entry into the wall, then played into Mostert's hands, a free stop helping him protect his position on the road.

That safety car eventually became a red flag with seven laps to go, before race control opted to call the race off. That left Whincup as the winner, for the 124th time in a Supercars career that will come to an end after the Bathurst 1000, from De Pasquale and Mostert.

Nick Percat and Tim Slade finished fourth and fifth, the latter dealing without a wiper for most of the race.