Recovery setback forces Stanaway out of Darwin Supercars round

The Garry Rogers Motorsport driver missed the Sunday race last time out at Winton thanks to a neck complaint believed to stem back to his nasty Formula Renault 3.5 crash at Spa in 2012.

He was diagnosed with a protruding disc in his neck days after the Winton round, and began non-surgical treatment. However, he has since been hit with a setback in his recovery. 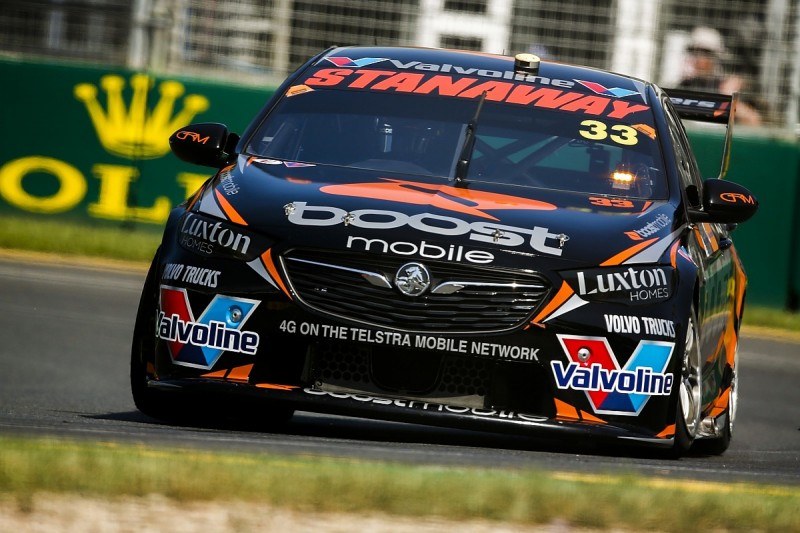 While hopes of him returning for Darwin were initially high, the squad has today confirmed that Chris Pither will once again sub for the recovering Stanaway.

"Following Richie's medical withdrawal from Race 14 of the Supercars Championship at Winton Raceway, he has been undergoing treatment from Supercars doctor, Dr Carl [Le]," read a statement from the team.

"Due to the recurrence of neck issues originating from a high-speed accident at Spa in a Formula Renault 3.5 in 2012, he has been advised by Dr. Carl and a neurosurgeon to undergo further treatment to be fit and race ready for Townsville.

"Since Winton, Richie's health had been improving on a daily basis, yet he suffered a setback a couple of days ago.

"As per Winton, Richie's Enduro Cup partner and GRM TCR Driver Chris Pither will fill in for Richie and race the #33 Boost Mobile Australia Commodore at Darwin."

Pither's Winton outing was his first in Supercars since the Newcastle Super2 round in 2018, and rose from the back of the grid in 25th to equal the car's best finish of the current campaign in 14th.

He later conceded to Autosport he lacked the confidence to push in qualifying, which "hurt" his chances in the race. However, he felt he got "more and more comfortable" as the race went on.

Supercars and TCR Australia in discussions over 2020 support slot