The updated Holden aero package got a green light from the Supercars Commission last week, with all of the Commodores in the field set to run the new specification at Hidden Valley this weekend.

While Supercars has not publicly released any information regarding the update, Roland Dane, whose Triple Eight squad is the official Holden homologator, has confirmed that the changes affect the back of the front splitter and the maximum angle of the rear wing.

In theory, the car should now produce better front downforce numbers but have a slightly lower maximum rear downforce potential.

"There's a small change to what's called the extension on the back of the front splitter, to make it so that it's uniform with the other two cars in terms of its relationship with the ground," explained Dane.

"It's a very small tweak, it's quite difficult to see if it's measurable, but it's basically bringing all the cars into line in terms of that angle.

"They've got different sized splitter extensions, which hasn't changed, it's just that a subtly of an angle that's been made uniform across the three cars.

"The only other change with that is that the rear wing has had a reduction of one degree, from 19 and a half maximum to 18 and a half."

When asked why the changes were kept secret until teams arrived in Darwin, Dane added: "These things always come out sooner or later. You'd have to ask Supercars.

"To me, there's no point in making anything up around it, it is what it is." 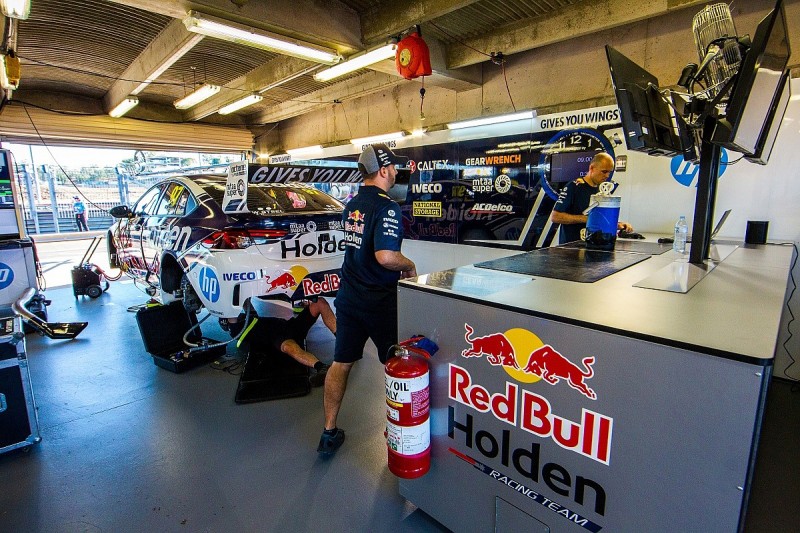 The change is the latest chapter of an ongoing parity saga, which started with a mandated centre of gravity change before the Symmons Plains round that penalised Ford's Mustang significantly more than the Commodore.

More changes followed for the Perth round, with the Mustang forced to reduce its rear wing endplates and alter its front splitter amid concerns over its mid-corner downforce.

Having begrudgingly made its own changes earlier in the season, Tickford Racing boss and Supercars Commission member Tim Edwards said the two Ford teams accepted the Holden updates.

"I sit on the Commission and [DJR Team Penske boss] Ryan Story is also there, so we're involved in the decision-making process," said Edwards.

"With the evidence that was put in front of us, we agreed to the change."

Even with the parity changes, the new Ford has still won 13 of the 14 races held so far this season.

Recovery setback forces Stanaway out of Darwin Supercars round