Australian Supercars driver Jamie Whincup has slated the procedure around his Bathurst 1000 penalty as "a debacle".

Whincup crossed the line first, but was dropped to 11th place by a penalty for his late-race clash with Volvo's Scott McLaughlin.

His Triple Eight team appealed, but that was rejected on what it described as a "technicality", and in a post on his website Whincup described the hearing as a "non-event".

"Basically you can only appeal a decision by the stewards if there has been a hearing," Whincup wrote.

"While there was an 'inquiry' during the race between I guess Bargs [driving standards observer Jason Bargwanna] and the stewards, there was no 'hearing'.

"Therefore, when T8 went to the stewards after the race to express that we weren't happy with our penalty and wanted to appeal it, we should have been told we couldn't do anything about it. End of story."

"Instead we were allowed to fill out the appeal paperwork, pay the $11,000 fee and lodge the appeal.

"The ruling took everyone by surprise and has made it clear that any penalty given out by the stewards during the race is the same as a free kick in footy, it can't be questioned.

"To think this whole debacle, and I call it a debacle - Tekno not being able to celebrate properly like they should, Supercars Australia branding us un-Australian and playing dirty by slamming us in the media, all the man hours from T8, CAMS, [Supercars] preparing for the appeal - could have all been avoided straight after the race." 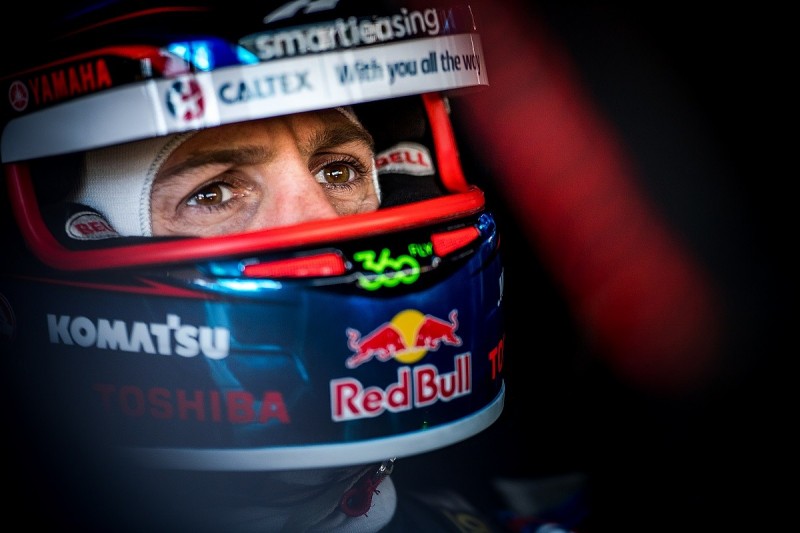 Whincup maintained his view that the move on McLaughlin at The Chase with 10 laps to go "was on", and his frustrations about the nature of the penalty.

McLaughlin was one of two drivers handed 25-point championship penalties for incidents, his for an unsafe release after the Whincup incident that ended Garth Tander's race.

Instead of 300 points for a victory, Whincup left with 144, and is 139 behind team-mate Shane van Gisbergen entering this weekend's Gold Coast round.

"I would like to be able to help them with the penalty process," he said.

"The whole three-tier penalty system from one to three has merit and can work well, [but] I feel my penalty at Bathurst showed we still have a fair way to go refining it.

"We need to make sure the penalty options (be it redress, time or points) for each of the grades are applied in a manner that returns consistency across the board.

"At Bathurst, a car took out another car destroying its race and the stewards decided it was a Grade 3 offence (the highest). That car copped a 25 point penalty post race.

"The stewards deemed my incident as a Grade 2 and applied a 15-second time penalty during the race.

"This not only completely took me out of contention of the biggest race of the year, but resulted in a 156-point penalty, six times greater than a Grade 3.

"I think you can see where our frustration came from."