Earlier this year the series announced that it had signed de Silvestro directly, having secured funding for a three-year programme aimed at increasing female representation, but had yet to place her at a team.

The 28-year-old from Switzerland has previously made two appearances in Supercars' showpiece Bathurst 1000 as part of an all-female team with Renee Gracie, and this year did so with Nissan's works outfit.

She has now completed a deal to stay on for the full 2017 season, replacing Dale Wood in the four-car line-up.

"I think the biggest thing is being a factory driver," said de Silvestro.

"It's great to have the trust from Nissan Motorsport to give me the chance to drive for them.

"My expectations for next year in 2017: I think it's going to be a pretty big challenge for me.

"Like I've said before, most of my career has been in open wheel. The Nissan Altima was feeling pretty great at Bathurst, so I'm sure at the other tracks I'm going to be able to adapt a lot quicker."

De Silvestro's single-seater career included coming close to the 2009 Atlantic title, a podium finish in IndyCar and a stint as a Sauber Formula 1 protege. 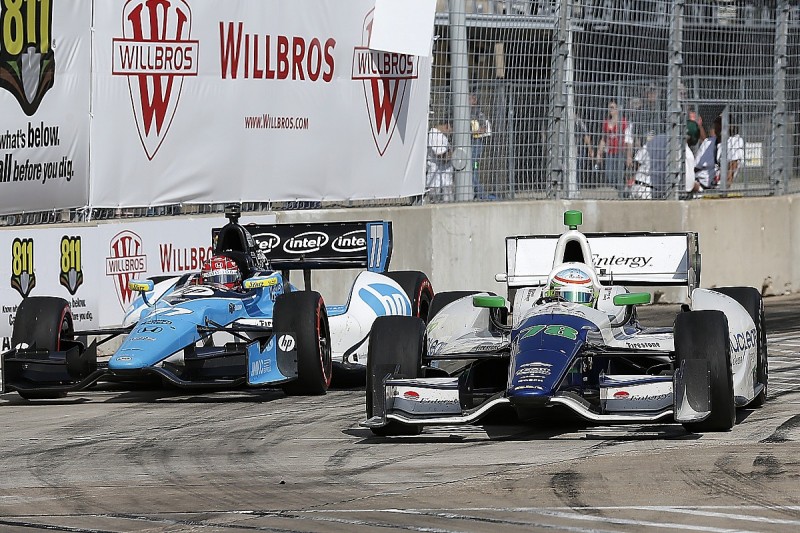 Todd Kelly, co-owner of the Kelly squad that represents Nissan in Supercars, said bringing in a driver from the international scene was a milestone for the programme.

"To have built a race team that can attract a driver of Simona's international experience is a testament to the hard work of everyone here at Nissan Motorsport," said Kelly.

"I have been racing in Supercars since I was 17 years old and I've only really worked with cars from this category, so it's great to now have someone who has experienced motorsport from all around the world.

"It's exciting to be able to compare how we do things here to what Simona has experienced elsewhere.

"Simona's performance at Bathurst this year was outstanding.

"You could see in the data the amount of potential in Simona. So next year will be very exciting."