Russell Ingall will return to the Bathurst 1000 this year, partnering teenager Broc Feeney in a Triple Eight-run wildcard entry.

Know as 'The Enforcer', Ingall will make a sensational comeback seven years after retiring from full-time racing and five years since he last competed at the Bathurst 1000.

It will mark a 25th Bathurst 1000 start for Ingall, who scored wins in 1995 and 1997 alongside Larry Perkins, and a second for Feeney who finished 10th with James Courtney on debut last year.

The age gap between Ingall and Feeney is a staggering 39 years, and at 57 and 18 respectively they could become the oldest and youngest winners in Great Race history.

Backing for the wildcard will come from Supercheap Auto, a brand that has a long history both with Ingall and the Bathurst 1000.

Supercheap was also the naming rights sponsor of the Bathurst 1000 from 2005 to 2020, before being outbid for the rights by rival automotive parts retails Repco.

“When the idea of driving a Triple Eight-prepared Supercheap Auto car at the Bathurst 1000 was presented to me, I didn’t need to be asked twice," said Ingall, who won the 1993 British Formula Ford Championship.

“Supercheap is synonymous with Bathurst and Mt Panorama and the race track means more to me than any other place.

“The concept is a great way for Supercheap Auto to maintain their valuable connection with the Bathurst 1000, which has been earned as both a team and event sponsor over more than 24 years.

“Supercheap Auto has played an important role in my career over the years and undertaking this event, in partnership with them, means an enormous amount to me." 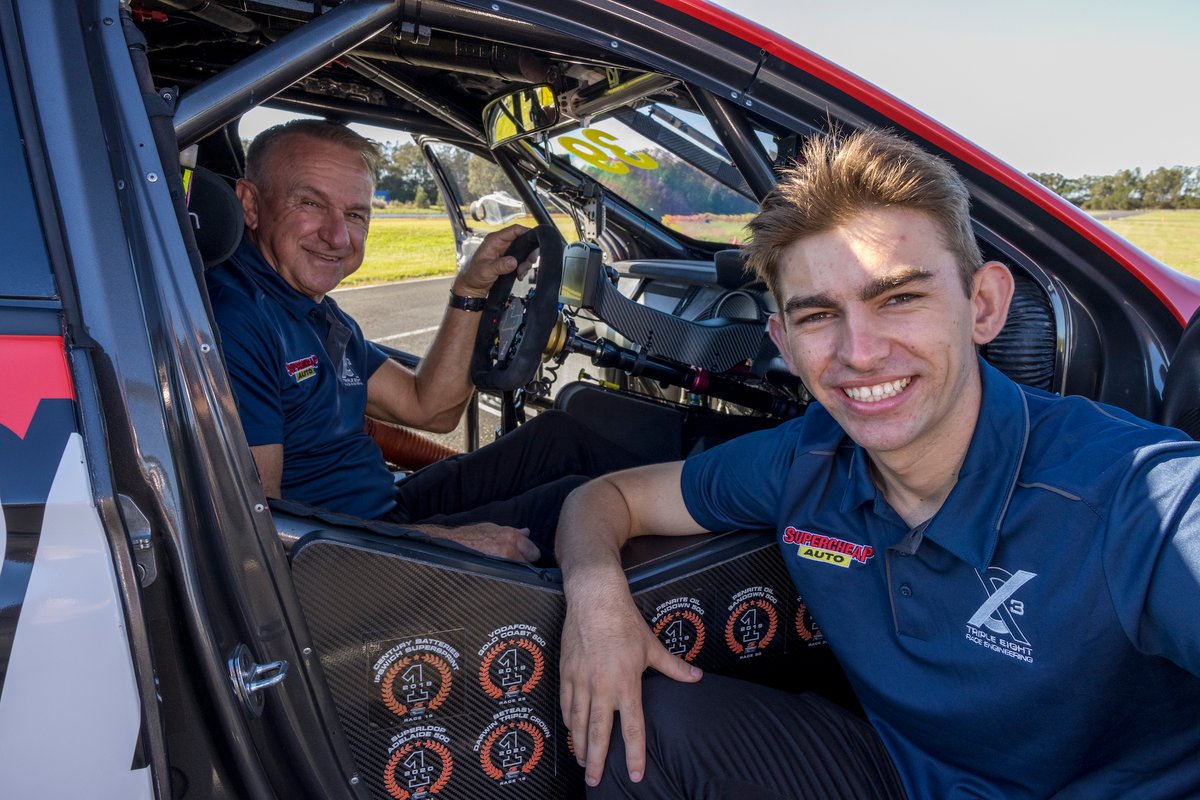 Feeney drives for T8 in the second-tier Super2 series and sits second in the points following the season-opener at Mount Panorama back in February.

He's long been touted as a future star of the sport and is understood to be in contention to replace Jamie Whincup in the #88 T8 entry next season.

T8, meanwhile, will field its first Bathurst wildcard since it ran Andy Priaulx and Mattias Ekstrom at the 2013 running of the Great Race.

“We welcomed Supercheap Auto as a valuable partner at Triple Eight this season and discussions about the possibility of a wildcard entry at Bathurst were always part of the mix,” said T8 boss Roland Dane.

“We did not know what that would look like, but I think the unique combination of youth and experience with Broc and Russell will not only turn plenty of heads, but will be competitive.

“Russell will get as much time in the car as we can get him during the year and you know there is no one who would take such an opportunity as seriously as him.

“Broc will get valuable miles in Super2 this season and get his second start in the Bathurst 1000 with one of the sport’s most successful drivers.”

Having just one Supercars endurance event is unfair on young drivers and a huge advantage for the established co-drivers, according to Shane van Gisbergen's regular partner, 2007 champion Garth Tander.