Shane van Gisbergen caused a stir with his recent seven-race winning streak – but where does it stack up in Supercars history?

The Kiwi has been in the form of his life for the past seven months. It started by winning his first Bathurst 1000 in October last year. He then flew straight home to New Zealand, jumped in an AP4-spec Mitsubishi Mirage and won the Battle of Jacks Ridge rally.

If gravel rallying wasn't diverse enough, van Gisbergen hung around for the New Zealand Grand Prix at Hampton Downs in January. He hadn't raced a Toyota Racing Series car in well over a decade and is several feet taller than most single-seater jockeys. His fire extinguisher went off right before the race and he had to start from pitlane, but he won the race.

In February he went back to Bathurst and won both heats of the Supercars season-opening Mount Panorama 500. Exactly a fortnight before the next round at Sandown, he took a tumble off his mountain bike and broke his collarbone and three ribs.

Immediate surgery and two hours per day in a hyperbaric chamber helped get a sore and sorry van Gisbergen back in the car for Sandown. When he qualified 17th for the opening race it felt like the injury had taken its toll and his streak was over - until he proved everybody wrong and won. 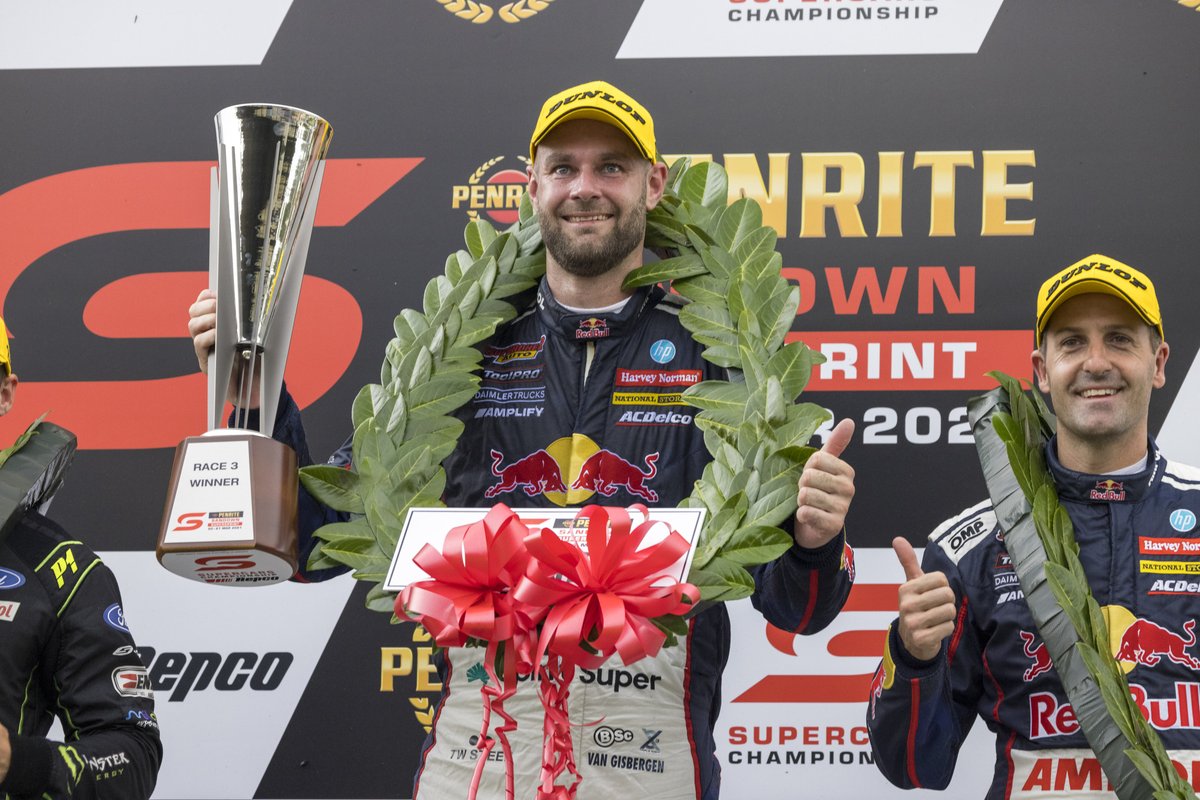 Two more wins at Sandown on the Sunday, a week off, then it was back to Bathurst for the Easter meeting. There came a win and a second place from two GT World Challenge Australia races and victory in the Bathurst 6 Hour, van Gisbergen becoming just the second driver to win the Bathurst Triple Crown (1000, 12 Hour, Six Hour).

He took his Supercars winning streak to seven when he won the opener at Summon Plains a fortnight later. It wasn't until he finished second in the eighth race of the season that his streak was snapped.

The streak as a whole will go down as legendary, but isolated in Supercars/Australian Touring Car Championship terms, how does it stack up? The answer, unsurprisingly, is pretty darned good. Here's the best winning streaks in Supercars history. 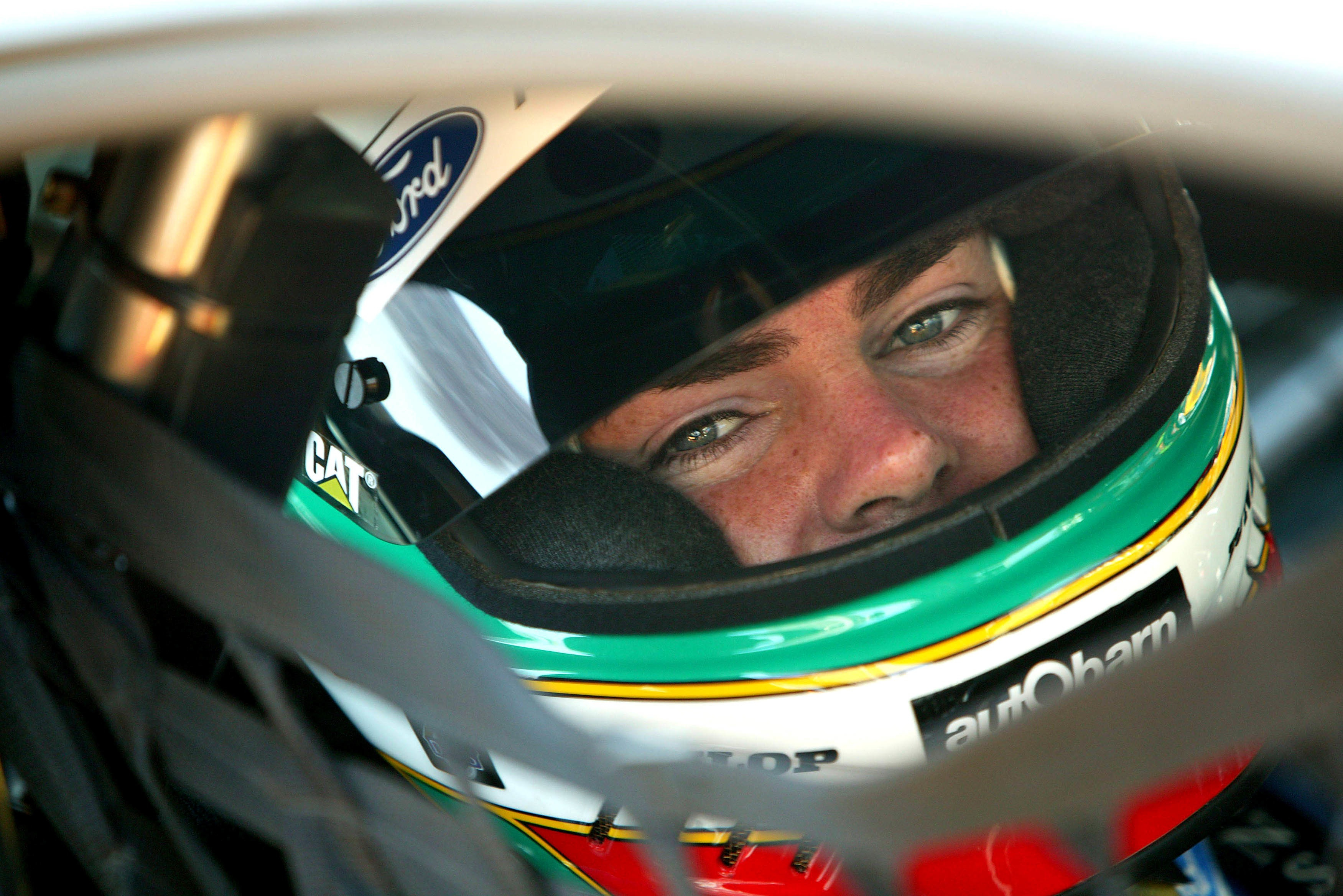 Talk about an explosive rookie season. A young Craig Lowndes enjoyed a dream full-time ATCC debut with the Holden Racing Team in 1996, comfortably winning the first of his three titles.

His dominant campaign included six round wins from 10 and 16 race wins from 30. Eight of those race wins came on the bounce – three at Lakeside, three at Wanneroo and two at Mallala. The icing on the cake was Sandown 500 and Bathurst 1000 wins for Lowndes and co-driver Greg Murphy.

He did, however, equal the record for the best season-starting streaks in ATCC/Supercars history, those six wins leaving him level with legends Allan Moffat (1977) and Mark Skaife (1994). 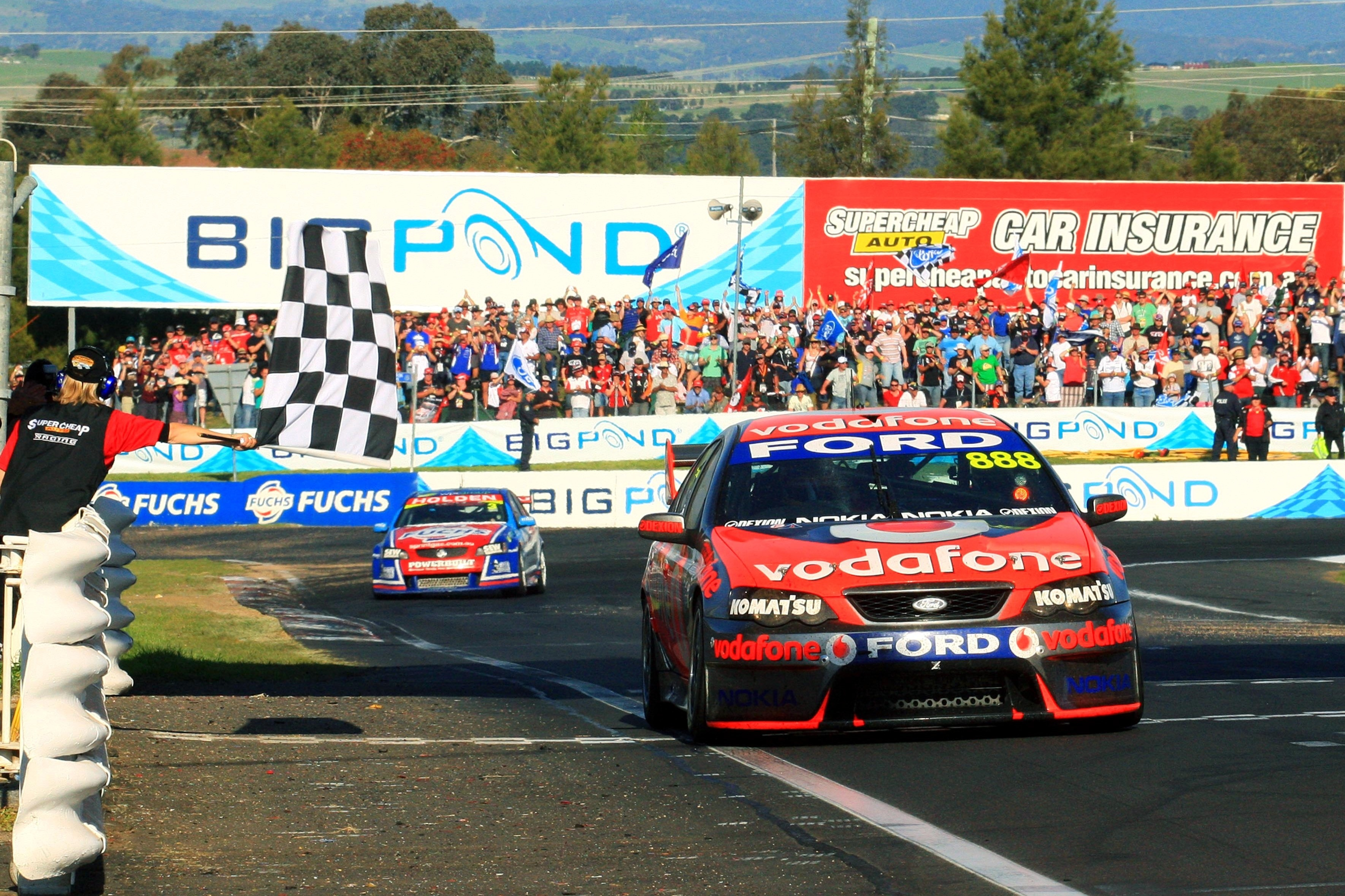 Like van Gisbergen, Jamie Whincup kicked off his best winning streak at the Bathurst 1000 in 2008. After he and Lowndes conquered the Mountain, Whincup kept on winning with clean sweeps at Surfers Paradise and Bahrain to take his streak to seven.

He was then relegated to second in the opener at Symmons Plains before winning another three on the bounce, two in Tasmania and one at Oran Park. That helped the Supercars legend to the first of his seven titles.

McLaughlin's 2019 season was a record-breaker in terms of total wins, his 18 surpassing Lowndes' benchmark set in 1996. However, his longest winning streak that season was only good enough for equal third in the record books.

The Kiwi started a six-race streak at Wanneroo and continued it with clean sweeps at Winton (including his controversial shortcut win after a first-lap clash with teammate Fabian Coulthard), Hidden Valley and a win at Townsville.

A shot at going seven-straight went begging on the Sunday in Townsville when he and David Reynolds clashed on the way to the second corner at the height of their bitter feud. 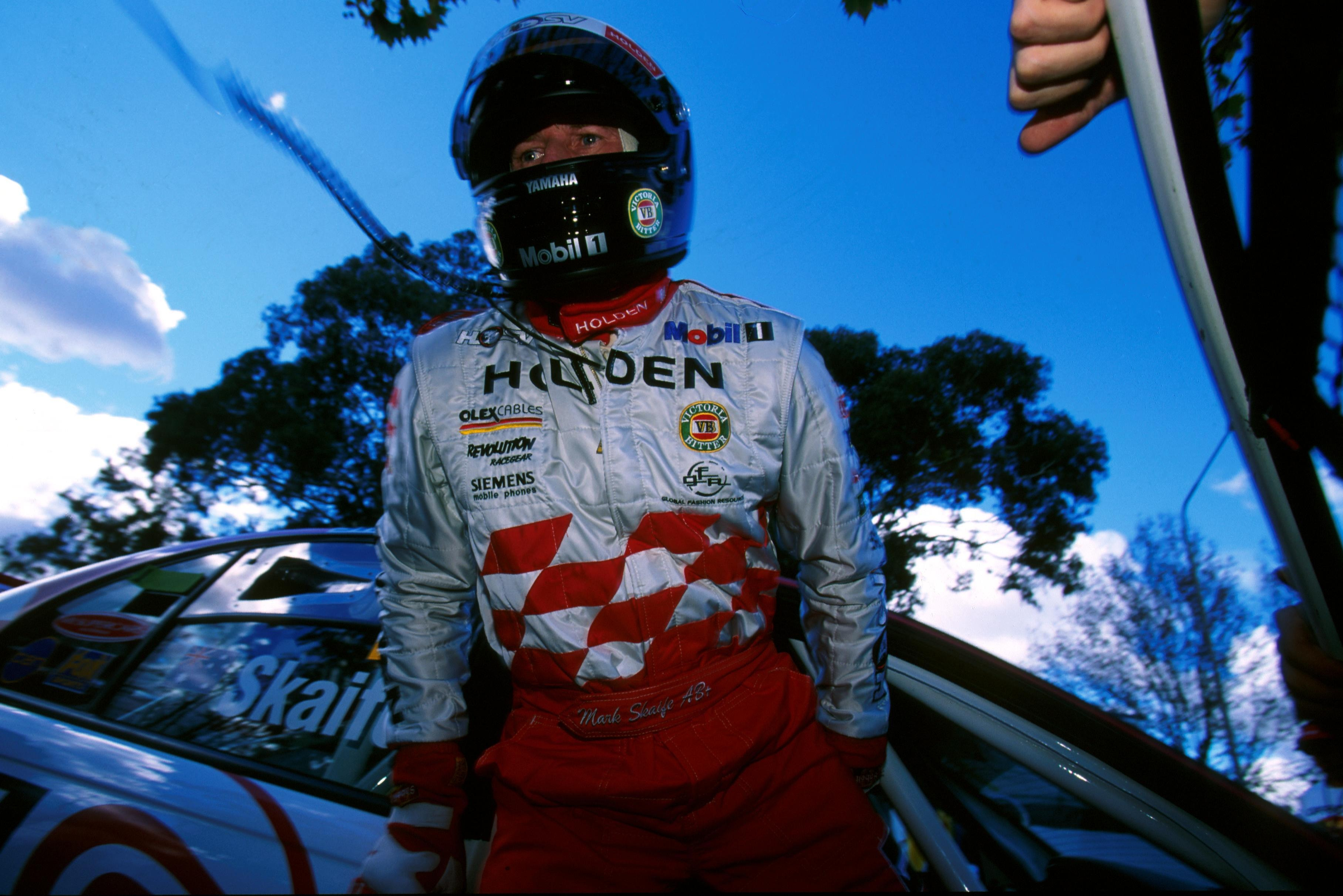 In the early 1990s Skaife was best known as a Nissan star thanks to two Bathurst 1000 wins (1991 and 1992) and an ATCC crown (1992) in the all-conquering Group A Skyline GT-R. But he successfully started his transformation into a Holden Hero when he won the brand's first ATCC crown in 14 years in what was the second post-Group A season.

Driving a Gibson Motorsport VP Commodore, Skaife made a smart start to the 1994 season that included six wins on the bounce – two at Amaroo Park, two and Sandown and two at Symmons Plains. That's equal with Moffat and van Gisbergen for season-starting streaks.

The homegrown Group C regulations were replaced by the worldwide Group A formula for the 1985 ATCC season, opening the door for exotic European brands to get a foothold in the category.

'Gentleman' Jim Richards enjoyed a remarkable season in his famous JPS-backed BMW 635 CSi, winning seven of the 10 rounds and only missing the podium once. That includes a six-race streak that started at Wanneroo and took in Adelaide International Raceway, Calder Park, Surfers Paradise, Lakeside and Amaroo Park.

It was the first ATCC title win for a European make since the Appendix J era in the early 1960s. 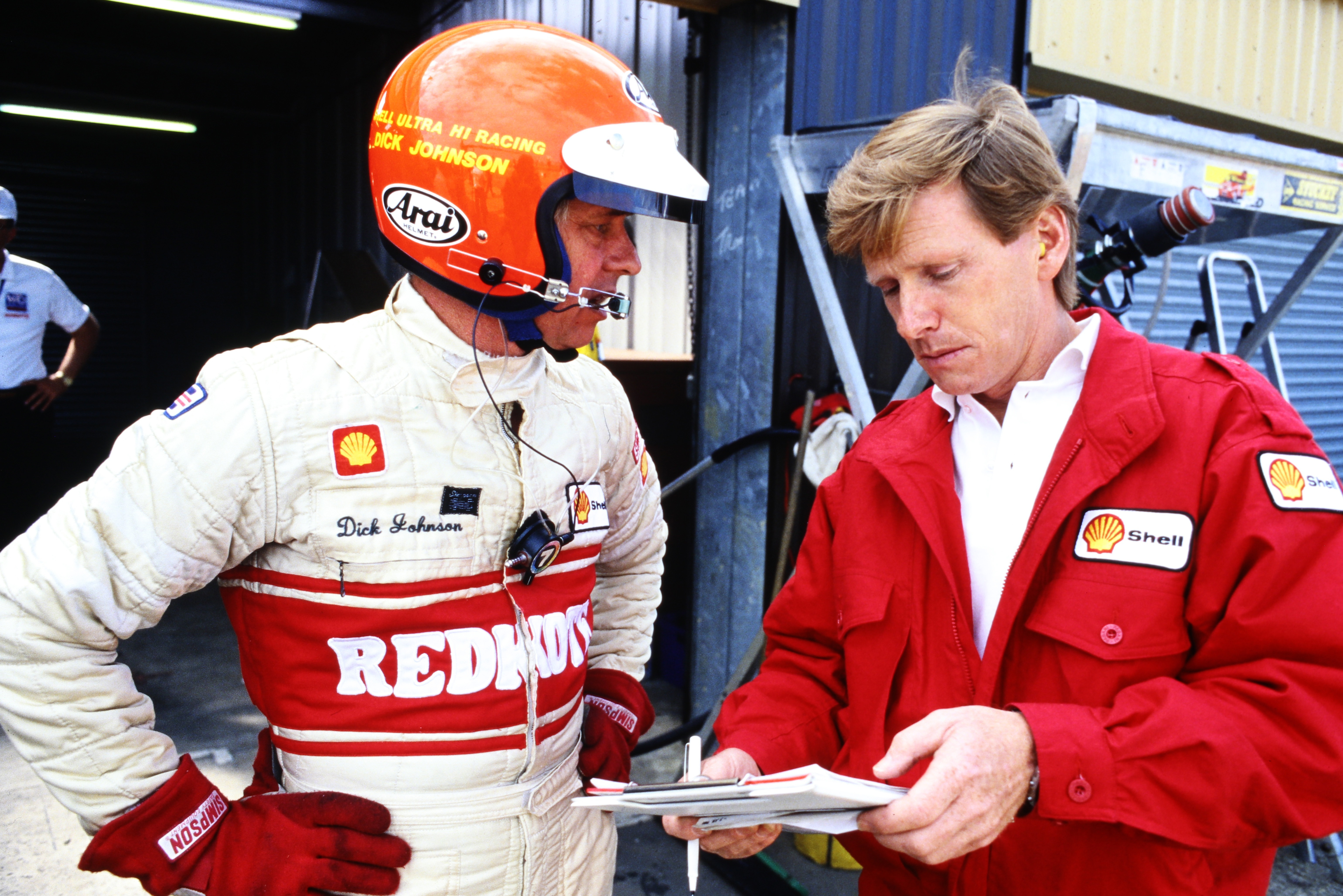 The 1981 season is famous for Dick Johnson's triumphant comeback after hitting the rock at Bathurst the previous year.

Thanks to $72,000 worth of donations from fans, which was then matched by Ford, Johnson was able to rebuild his XD Falcon and, painted in Tru-Blu colours, went on to win the ATCC crown. Actually he won a pair of ATCC crowns, the gritty Queenslander backing up in 1982.

Spanning those two title-winning seasons was a six-race streak of wins. It started with a pair of victories at Surfers Paradise (the old permanent circuit, not the street circuit) and Lakeside to seal the 1981 title. He then continued with wins at Sandown and Calder Park to start his successful defence in 1982.

Ford legend Moffat made a dominant start to the 1977 ATCC season in his XB Falcon, winning two heats at Symmons Plains followed by victories at Calder Park, Oran Park, Amaroo Park and Sandown.

The streak remains as the equal-best start to a season and helped him to the third of his four ATCC crowns. 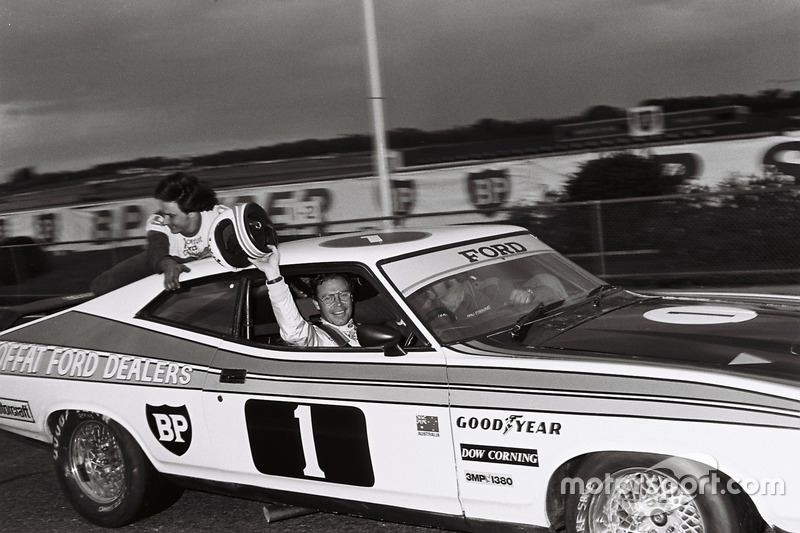