Andretti Autosport joined IndyCar rival Penske in having a Supercars team involvement last year, and made clear from the outset that it was interested in some of its US driver roster being involved.

Team co-owner Michael Andretti attended the Supercars opener in Adelaide last weekend and said he would "love to do" a wildcard for Andretti Autosport drivers such as his IndyCar racer son Marco and ex-Formula 1 driver Global RallyCross champion Scott Speed.

"We're still trying to get funding for it," Andretti said of the WAU wildcard plan.

"I'd love to run my IndyCar guys, they're begging me to do it. We just haven't been able to raise the sponsorship yet, but are working on it.

"Marco would love to do it, Scott Speed's begging me to do it - so we'll see."

Andretti, who bought into the team last year as part of a three-way deal with Ryan Walkinshaw and McLaren boss Zak Brown, refused to dismiss the idea that McLaren F1 driver Fernando Alonso could be convinced to try one of the team's Supercars.

"If [Zak] threw it at him, Fernando would probably want to do it," Andretti said.

"He's a racer, he wants to drive everything, which is really cool.

"Who knows? Three, four, five years down the road, it's a possibility for sure." 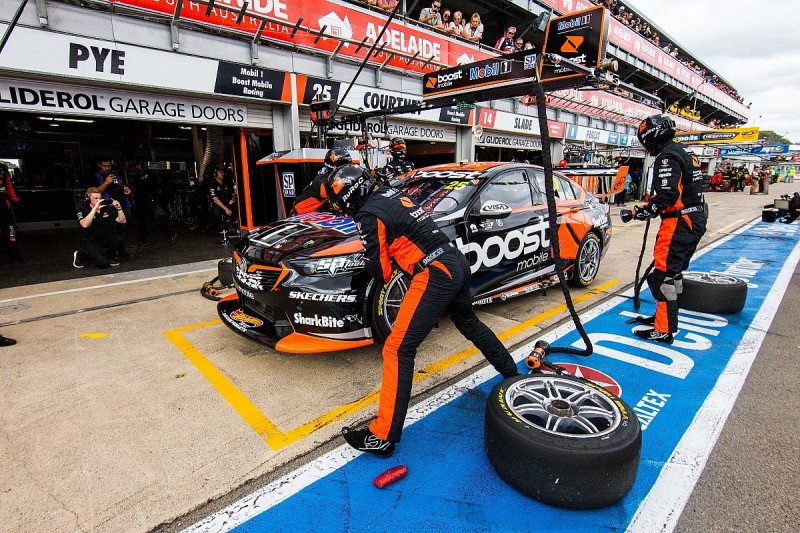 The WAU-run Commodores are set to be fitted with parts developed by Andretti Autosport in the US ahead of the second Supercars round in Melbourne, having missed the deadline to be ready for the season-opener in Adelaide.

The new parts are likely to be suspension-related, although both Andretti and driver James Courtney were coy when discussing what has and has not been assessed and developed in the US.

Courtney added that the team will switch to a twin-spring front suspension set-up for the Australian Grand Prix support round.

"We'll have things rolling in throughout the year. [Andretti has] got a couple of different projects that they're all working on with different areas just because of the resources they have and the timeframes they can design and do all that, turn things around, with what will be quickest.

"There's quite a few little parts that they're working on and areas of the car.

"We've changed the way the whole twin spring set-up in the rear. It's a completely new system now that you can feel working; that makes a big difference for us, driving-wise.

"And we've got a twin in the front to throw in for the grand prix as well, which we've never had before, and then also a couple of little tricky bits from the US.

"So it's going to be exciting."