Ford is no longer present in a factory capacity, Volvo has left completely and there is a question mark over Nissan's plans beyond 2018.

Manufacturing of Holden's flagship Commodore switching from Australia to Germany and a move towards a less traditional demographic in its marketing had also raised question marks about the relevance of Supercars to Holden.

But its executive director of marketing Mark Harland said the introduction of the all-new ZB Commodore for 2018 and the Holden Colorado running in the new SuperUtes series showed his firm's commitment.

"The new ZB looks great and is fast, and we're doing the same with Colorado, so I think it makes a statement that Holden's not going anywhere," he said.

"We're committed to the sport and it's important for us.

"Even if we don't build cars here, we still think of ourselves as and want to be Australia's brand.

"So we want to represent Australians and the things that they love to do.

"Part of Holden's DNA is motorsport, so we're going to continue to show the people who love motorsport and that we're in it to win with a great new car."

He said Holden's more modern marketing directions - including sponsorship deals with the Sydney Gay and Lesbian Mardi Gras and Collingwood's men's and women's AFL teams - can be integrated to work with traditional programmes such as motor racing.

"Motorsport will be a big part of what we do," he said.

"Yes, we'll do other initiatives, like supporting the AFL and NRL bringing their women's games along.

"There's other things we're going to do to show we're balanced and representing what modern Australians care about.

"But for motorsport fans we want them to know that we're behind motorsport." 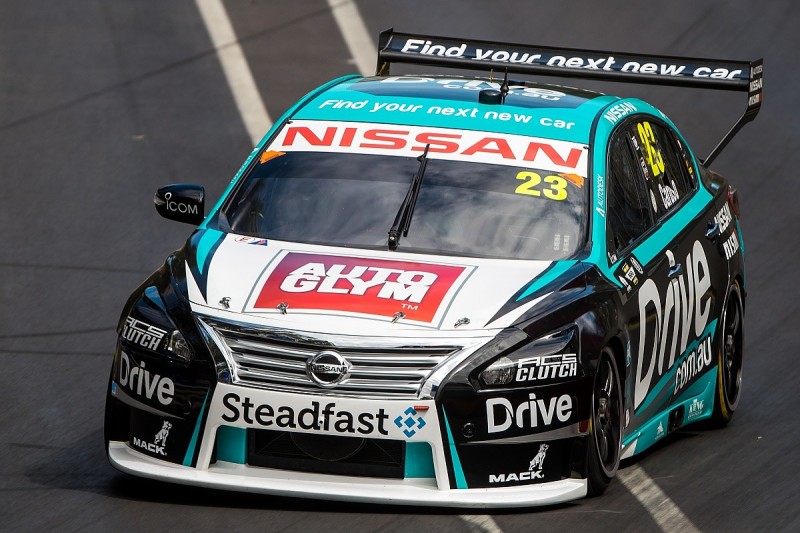 Nissan is coming to the end of a two-year Supercars deal put together by former managing director Richard Emery, who was replaced by Stephen Lester during 2017.

Its product line-up has also been realigned away from passenger cars towards SUVs, and the Altima model used in Supercars is being discontinued and not directly replaced.

Lester said a decision will be made "as this year goes on" about Nissan's Supercars future.

"I'd hate to speculate at this point," he said.

"We're going to work very closely with the team on it and when we have the right decision, then we'll come out with the announcement."

Nissan's four-car Kelly Racing-run team failed to get a podium finish in 2017, but Lester said the uncertainty did not put any extra pressure on it to get results.

"The team puts enough pressure on themselves," he said.

"If these guys didn't want to show up and win every weekend then we would have realised we were in the wrong business a long time ago."