The muscle car will be turned into a Supercar for the first time next season, with DJR Team Penske leading a development and homologation process that also includes Tickford Racing and Ford Performance in both the US and Australia.

With the car's full on-track debut nearing, and official homologation work set to begin in December, Ford's Australian arm offered a glimpse of the car by tweeting a render of its bonnet and grill.

The early shot of the Mustang comes during a period of aggressive activation in Australian motorsport by Ford.

The brand will prelude its return as a Supercars manufacturer by bringing both its Le Mans 24 Hours-winning GT and its GT4-spec Mustang to Australia for the first time. 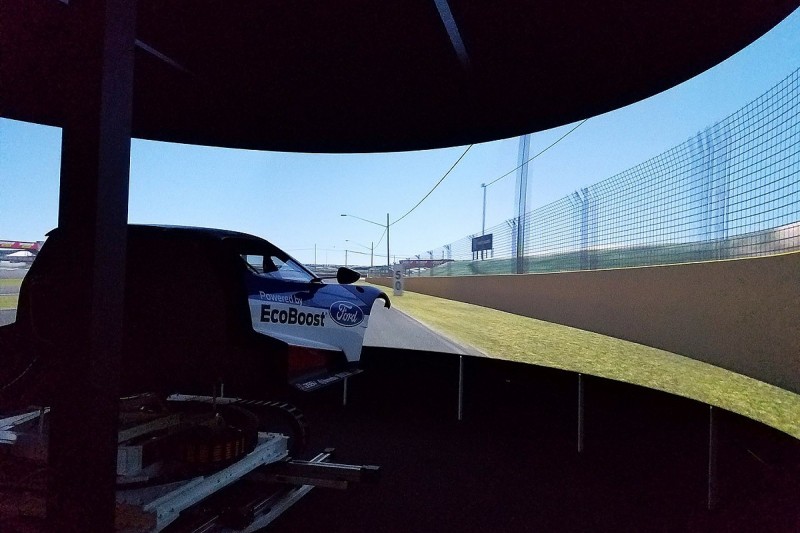 Ryan Briscoe will complete demonstration laps in the GTE car, having used Ford Performance's GT simulator to sample the circuit last week, while both the GT and Mustang will compete against an FG-X Falcon Supercar in what Ford has dubbed the 'Triple Challenge' during the Bathurst 1000 weekend.

With the Mustang set to debut in Supercars next year, this year's Bathurst 1000 is likely to be the last for the Falcon nameplate - which has claimed 14 of Ford's 19 Bathurst Supercars wins.

"It's a great opportunity for our last Bathurst with the FG-X Falcon to put it up against some of the fastest Fords in the world," said Alex Davison, who will drive the 23Red Racing Falcon in the challenge as well as partnering brother Will in the Bathurst race.

"I feel really lucky - it's an absolute privilege to be part of."