The session started out full wet, however conditions continued to improve, albeit very slowly, across the 40 minutes.

After an early flurry of improving times, Waters set the first real benchmark with a 2m26.172s.

He improved to a 2m24.687s right before the midway point of the session, at which point pre-race favourite Shane van Gisbergen was still well outside the Top 10.

The Kiwi changed that soon after, though, going fifth fastest on one lap before taking over top spot with a 2m24.224s.

With eight minutes to Waters jumped Mostert again with a 2m23.616s.

That time looked like it would come under threat in the closing minutes when van Gisbergen went fastest in the first sector. However, he failed to improve over the rest of the lap and was left in fourth place.

Van Gisbergen then fastest again in the first sector next time around, only to get into the back of Macauley Jones at the Dipper.

The contact left Jones in the wall and meant van Gisbergen was unable to improve, sealing provisional pole for Waters.

"We weren't too bad in the dry earlier today but ordinary in the rain. We didn't know what we were going to have.

"The guys did a really good job to tune it up between practice and qualifying. The car was a jet, it was really nice to drive."

Lee Holdsworth ended up second thanks to an impressive end to the session that initially saw him jump to third before he leapfrogged Mostert.

That left reigning winner Mostert in third ahead of van Gisbergen. 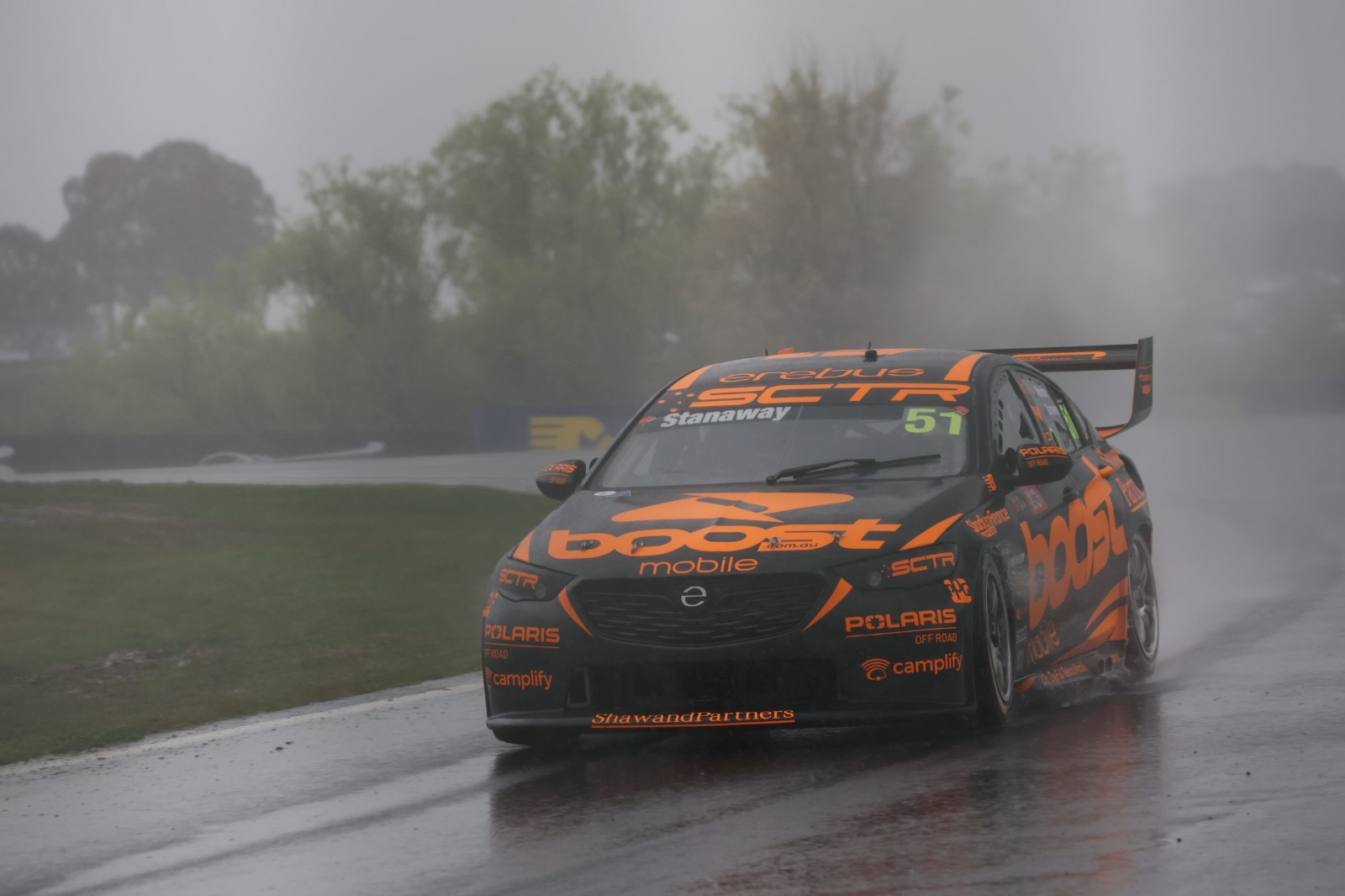 The star of the show was wildcard driver Richie Stanaway, who continued his remarkable wet pace with the fifth fastest time.

"I'm pretty happy with that," said Stanaway. "It's my first time in the Shootout at Bathurst.

"I was a bit worried at the end there cos we stayed out quite long and the tyres were over-pressured. I was a bit concerned because I couldn't improve. Luckily we held onto the spot."

That left him best of the three Erebus cars, although Brodie Kostecki and Will Brown also made the Top 10 Shootout with the ninth and 10th fastest times respectively.

Will Davison led the way for Dick Johnson Racing in sixth ahead of Nick Percat and James Courtney.

There were some big names that missed out on the Shootout, with Anton De Pasquale and Tony D'Alberto set to start 11th after the former couldn't crack the Top 10.

Andre Heimgartner was another potential front-runner to miss out, he and Dale Wood set to start 12th.

Jamie Whincup, who subbed for primary driver Broc Feeney in the #88 Red Bull Holden, was only good enough for 14th on the grid, two spots ahead of Craig Lowndes in the Triple Eight wildcard.

David Reynolds ended up well behind team-mate Holdsworth, he and Matt Campbell ending up 18th on the grid, while Tim Slade was dead last in the Blanchard Racing Team Mustang.