There was formation flying from the Dick Johnson Racing Fords early in the race with Anton De Pasquale leading Will Davison by around a second across the first stint.

Van Gisbergen, meanwhile, cleared Feeney at the start and settled in behind the two Shell Mustangs.

At one point the Kiwi looked like he may challenge Davison for second, however he ended up holding station until Davison pitted on lap 13.

Van Gisbergen then closed within 1.5s of leader De Pasquale, only for a Jake Kostecki crash at Turn 8 to bring the first stint to an abrupt end.

The subsequent safety car meant everyone who hadn't stopped hit the pitlane, De Pasquale getting out ahead of van Gisbergen with an early-stopping David Reynolds managing to squeeze between them.

Davison and Feeney, meanwhile, didn't need to stop and ended up first and second on the road.

When the race went green on lap 22, the Red Bulls looked to charge with Feeney doing his best to get past Davison.

Van Gisbergen, meanwhile, tried to get around Reynolds in Turn 5 but was run wide and dropped all the way back to ninth before recovering back to seventh.

Feeney's pressure paid off two laps later when Davison out-braked himself into Turn 9 and handed the lead over to the #88 entry.

On Lap 30 van Gisbergen began his march towards the front, clearing Chaz Mostert on the straight between Turns 7 and 8 for sixth place before diving down the inside of Cam Waters at Turn 9 a lap later.

He then got by Reynolds at Turn 9 on lap 33, which left him fourth, 5s behind leader Feeney.

The job for Triple Eight got easier on lap 40 when Davison made a second mistake, this time going off the road on the way into Turn 11.

He got going again and immediately pitted, while van Gisbergen took over third place behind De Pasquale. 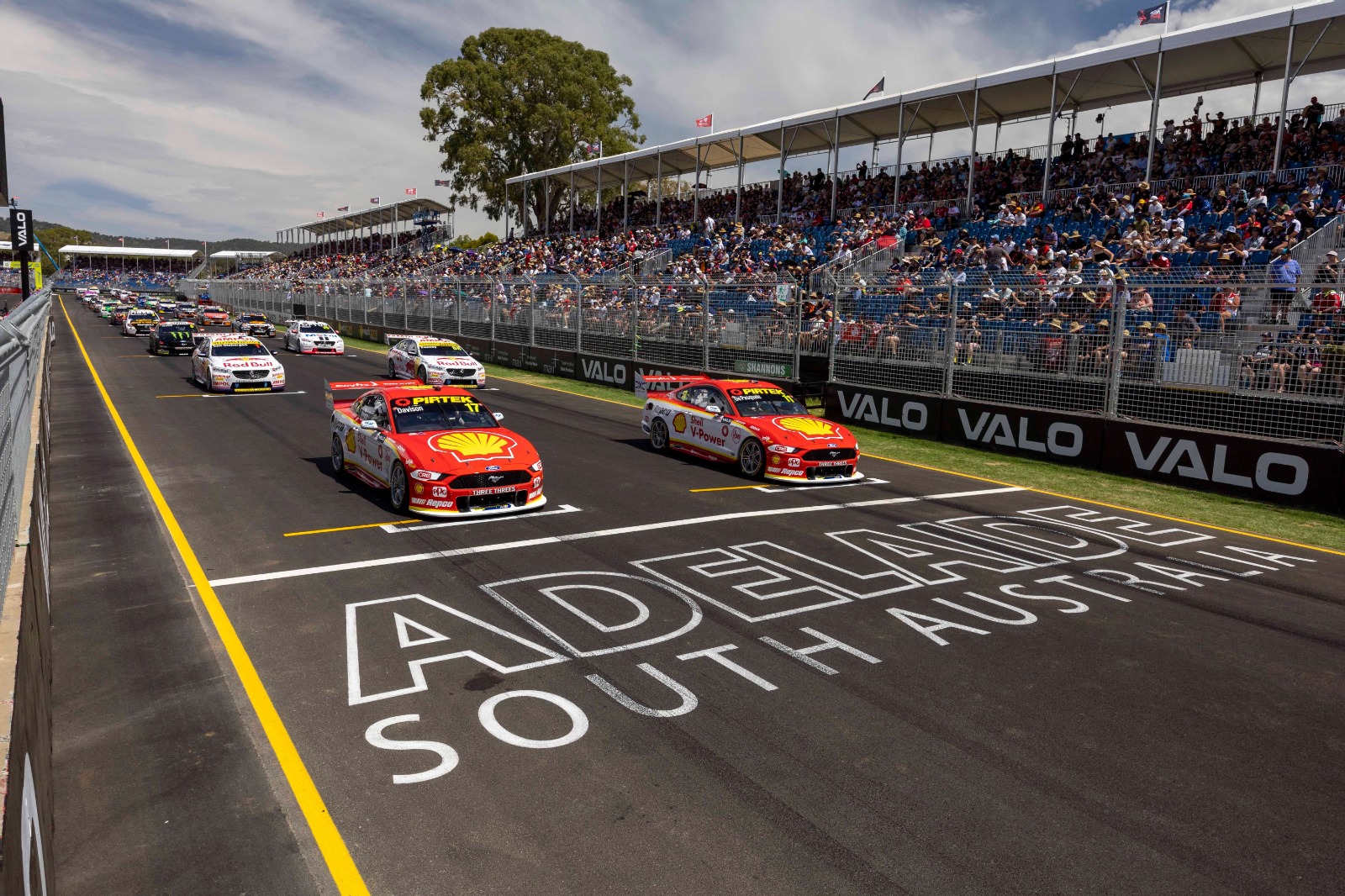 Two laps later it was De Pasquale's turn to make a mistake, the #11 entry locking up on the way into the last corner, which let van Gisbergen through to make it a T8 one-two.

A lap later the complexion of the race changed again when Bryce Fullwood smacked the wall at Turn 8 to trigger a second safety car.

Again the majority of the field pitted, van Gisbergen forced to stack behind Feeney, who needed a lot of fuel due to a short first stop.

While Feeney got back out in the lead ahead of Mostert and De Pasquale, the delay dropped van Gisbergen back to 12th in the order.

When the race went green again on lap 49, Mostert did his best to get into the lead but Feeney held his nerve until he could re-establish a small lead.

Van Gisbergen, meanwhile, found himself quickly into seventh after avoiding a melee at Turn 9 on the second green lap.

That was instigated by Davison who clattered into the back of Reynolds, the subsequent pile-up also including the likes of James Courtney and Brodie Kostecki.

Van Gisbergen then worked his way through Will Brown and Andre Heimgartner before a Waters mistake at Turn 5 gifted the series champion fourth place.

He then set after De Pasquale, shadowing the Shell Mustang for several laps before diving under him at Turn 9 to grab third.

That was as far as his thrilling charge went, though, as van Gisbergen was hit with a drive-through penalty for getting alongside Lee Holdsworth before the apex of the last corner at the earlier restart.

That dropped him back to 12th and left Feeney and Mostert as the outright contenders for the final win of the Gen2 era.

The two drivers, representing the two former factory Holden teams, then staged a tense battle to the finish.

But while Mostert threw everything he had at Feeney, the rookie was up to the challenge, holding on to score a maiden Supercars race win in what was Holden's final appearance in the series.

The victory was reminiscent of the first race win for Jamie Whincup in the #88 entry in Adelaide way back in 2006.

"I can't believe it," said Feeney. "It's been an awesome year. I felt like the win was so close, so to get it at the last race, with all these fans for Holden, it means so much.

"It's been one hell of a ride. In that race I was out to show that hopefully next year I can be a contender."

Mostert and De Pasquale rounded out the podium ahead of Waters, Heimgartner and Brown.

Van Gisbergen recovered to seventh before celebrating his third Supercars title with wild burnouts on the front straight.

Holdsworth, in what was his final start as a Supercars full-timer, capped off his career with a top 10 finish, the Grove Racing driver coming home ninth, despite a last-lap off that cost him two spots. 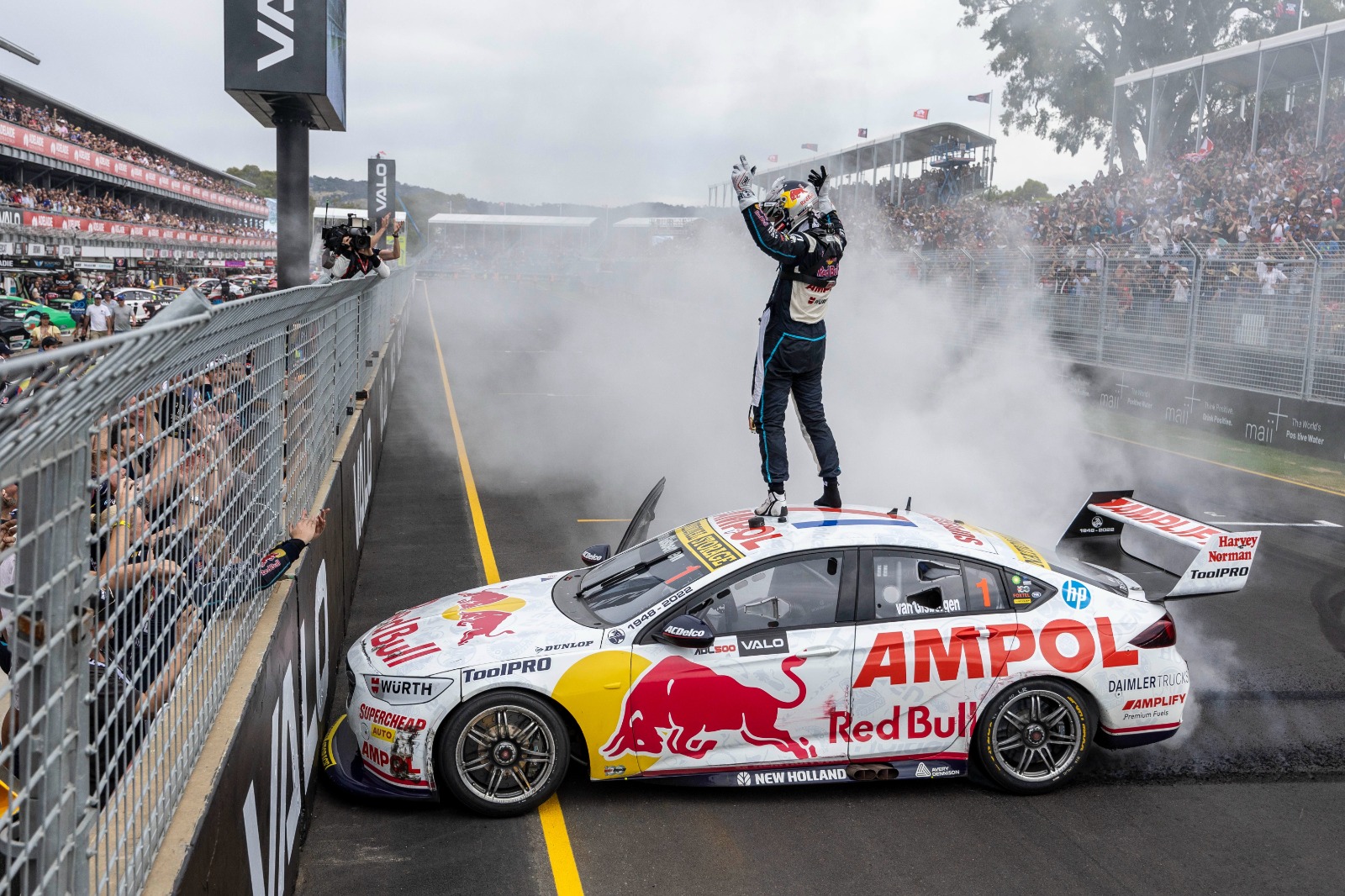