In the early stages of the race it looked to be a battle between front-row starters Cam Waters and Scott Pye.

Waters led Pye across the first stint, the gap steadily increasing to around 2.5s before Pye took his first stop on lap 24.

Waters followed suit two laps later, the Tickford driver resuming with a comfortable margin over Pye – only to nearly throw it away on lap 28 when he clipped the wall at Turn 11.

That put Pye right under his rear wing, Waters defending into the last corner as Pye ran wide trying to get past.

Shane van Gisbergen was another driver that looked in the hunt early on with a stirring drive from the back of the grid.

He worked his way into the Top 10 within 12 laps and was well-placed, with plenty of fuel, in 11th after his first stop.

However a lap 38 safety car, sparked by Jack Le Brocq burying his Holden in the tyre wall at Turn 11, changed the complexion of the race.

The majority of the field hit the lane for a second stop, the likes of Waters and Pye falling just short of clearing the 140-litre minimum fuel drop.

That meant they would need a third stop, while Mostert, Nick Percat (who stopped twice behind the safety car) and James Courtney were among those to squeeze enough fuel in to satisfy the regulations.

There was still a question mark over their fuel, though, with plenty of saving required to get home.

When the race went green on lap 41 van Gisbergen's hopes unravelled thanks to an unsuccessful pass attempt on Mostert as they battled over what was effectively fourth place.

The Kiwi tried to go around the outside at Turn 6, the pair making side-by-side contact that led to van Gisbergen nosing into the wall.

The delay dropped van Gisbergen all the way back to 19th on the road.

Waters, meanwhile, scrambled to clear the non-stoppers, getting through Chris Pither on Lap 45 and then Lee Holdsworth three laps later.

Once in front he bolted in an effort to put a margin on Mostert knowing he needed that third stop.

The charge was short-lived, both Waters and Pye diving back into the lane on Lap 50 when the safety car was called due to another van Gisbergen blunder. 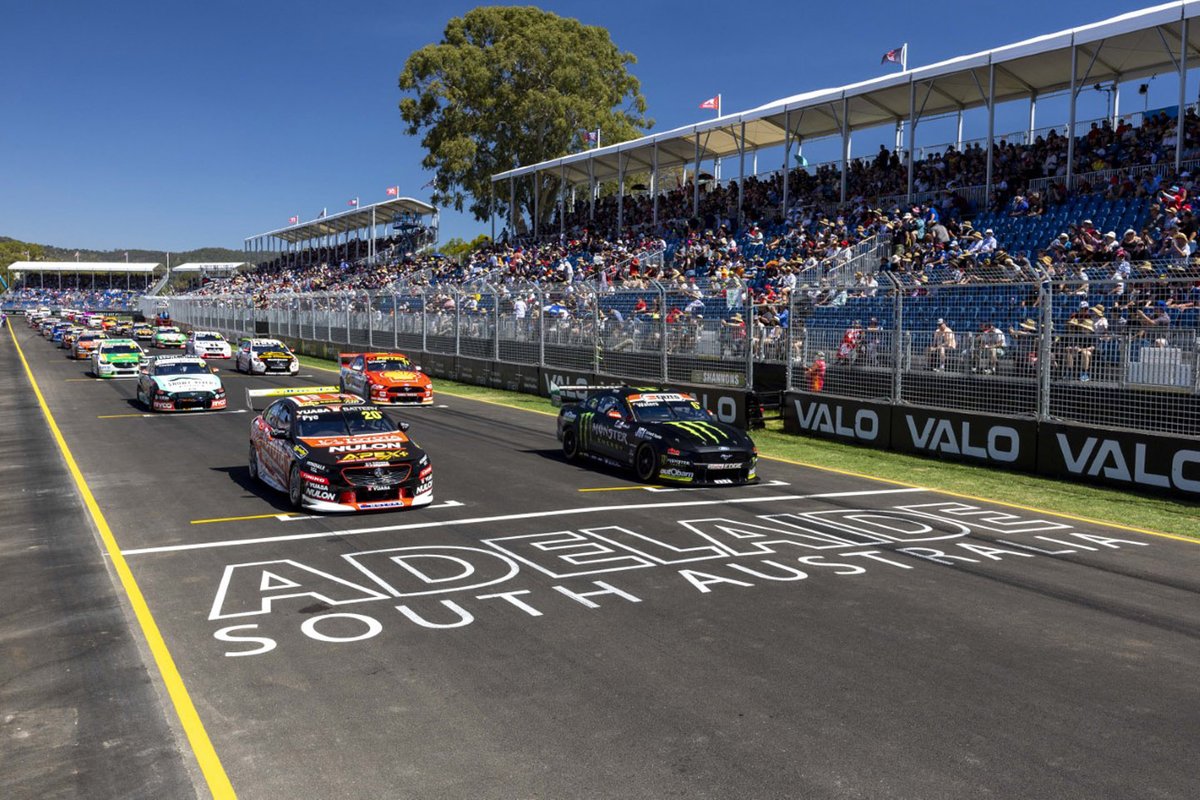 This time he ended up in the wall at Turn 11, van Gisbergen able to back himself out, but would later retire due to the damage.

With Waters, Pye and Anton De Pasquale all stopping Mostert found himself in the lead for the Lap 52 restart – but needing to save fuel to get to the finish.

Waters, meanwhile, dropped back to eighth in queue, and lost more spots on the restart when he out-braked himself into Turn 4.

As he desperately tried to recover he clashed with Todd Hazelwood at Turn 5, Hazelwood collecting the wall before being hit in the passenger side door by Will Brown.

That prompted a third safety car which gave leader Mostert some breathing room in terms of fuel.

It also ruined Waters' race thanks to a drive-through penalty for his role in the crash.

The race went green again on lap 58, Mostert surviving a brief challenge from Andre Heimgartner, who had filtered up to second, before settling into the lead.

Even better for Mostert was that Percat managed to get past Heimgartner and into second.

A well-fuelled Pye was still a contender at the restart, only for his hopes to go up in smoke when he was hit by Bryce Fullwood and taken out of the race at Turn 9.

With the early contenders out of the running, and the safety of his teammate as rear gunner, Mostert was able to cruise through the final stint of the race and score a fairytale win for Holden's most famous team on the brand's final weekend in Supercars.

It was also Mostert's first win on the iconic Adelaide circuit.

"A good old classic fuel race, who knew that was in store," said Mostert.

"I struggled with the car most the race, it was pretty edgy out there. I had to get my elbows out with a few people. It was a tough race.

"It's so good to get a one-two. It's just hard work and dedication."

While Heimgartner dropped out of contention with cramps, Percat found himself under pressure from Courtney across the final stint.

But the hometown hero was able to hold the Tickford Mustang off to secure the WAU one-two.

Will Davison ended up as the best of the Shell Fords in seventh followed by Broc Feeney, Heimgartner and Holdsworth.

The Adelaide 500 continues tomorrow with qualifying for Race 2 at 10:50am.