Super Formula points leader Tomoki Nojiri scored a dominant pole position for this weekend's fifth round of the season at Motegi in a major boost to his hopes of winning this year's title.

Nojiri belied his past record of never having finished on the podium at Motegi by setting the pace in practice before going a massive one second clear of the opposition in his Q1 group.

The Mugen driver's advantage in his Q2 group was reduced to four tenths, as he came close to beating Ryo Hirakawa's course record, but in the eight-car pole shootout he eclipsed Hirakawa's benchmark by a tenth of a second with a new fastest-ever lap at Motegi of 1m31.073s.

PLUS: The late bloomer emerging from obscurity to become Honda's new hero

Nobuharu Matsushita was a strong third-fastest for the one-car B-Max Racing outfit, 0.298s off the pace.

Ritomo Miyata was fourth-fastest for TOM'S, but faces a 10-place grid drop for an engine change. That means Toshiki Oyu (Nakajima Racing), Nojiri's nearest rival in the points, will join Matsushita on the second row. 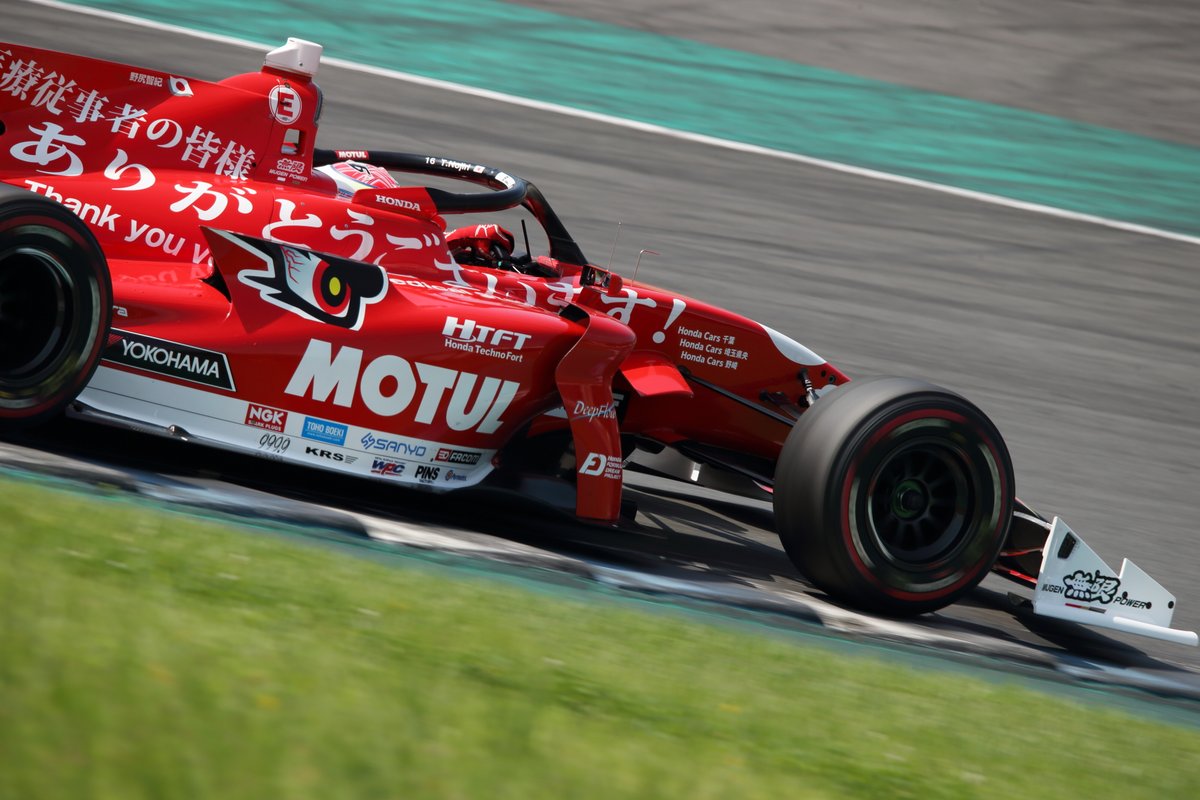 Hirakawa meanwhile could only manage sixth in Q3 and will start fifth on the grid ahead of Nojiri's Mugen stablemate Hiroki Otsu and Sena Sakaguchi in the best of the Inging cars.

Sugo winner Nirei Fukuzumi (Dandelion Racing), third in the points, failed to make Q3 for the first time this year and will start eighth ahead of Kenta Yamashita (Kondo Racing) and Sho Tsuboi (Inging).

Giuliano Alesi likewise dropped out in Q2 for the first time this season in his fourth outing for TOM'S, leaving him 11th on the grid ahead of Tatiana Calderon's Drago Corse stand-in Koudai Tsukakoshi.

Naoki Yamamoto, whose hopes of a fourth Super Formula title already lie in tatters after a disastrous opening four races of the year with Nakajima Racing, suffered his worst qualifying showing of the season so far as he was ninth-fastest in his Q1 group, putting him 17th on the grid.