Jamie Whincup held off Scott McLaughlin in a tense final race at Hidden Valley to win both the race and the Darwin Triple Crown.

The pair basically spent the entire race separated by less than a second, McLaughlin the early leader before the positions were reversed during the sole round of mandatory stops.

Whincup opted to take his service a lap earlier than McLaughlin to undercut his rival, paired with what looked like a slight delay on McLaughlin's right-rear tyre change, helping the Red Bull Holden come out in front.

There was an undertone of controversy to Whincup's stop though as he exited his bay right as Fabian Coulthard tried to drive into his, the Penske Ford hitting the brakes to avoid a clash.

That robbed Coulthard of the opportunity to jump Chaz Mostert, which would have given him enough points to clear Whincup for round honours and claim the Triple Crown.

However Triple Eight escaped an in-race penalty, leaving Whincup free to hold off McLaughlin to win the race and secure the Triple Crown on a countback.

"That was a great battle," said Whincup of the tense contest with McLaughlin. "It reminded me of the old 2017-18 days where we went head-to-head with these blokes.

"It was just resilience. We just kept chipping away at the car all weekend and made it faster for Race 3.

"I thought after the penalty yesterday that we were done and dusted for the Triple Crown, but fantastic to have a fantastic day." 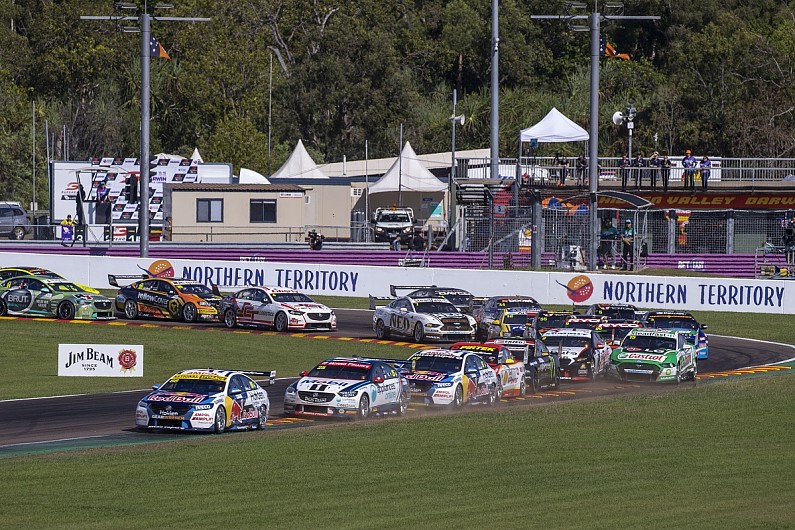 McLaughlin added: "It's tough racing the GOAT, he doesn't make many mistakes. Credit to him and his team, great pitstop by them. It was a good battle, I had a lot of fun."

McLaughlin and Whincup ended the weekend separated by 101 points, the same margin they started with this morning.

Shane van Gisbergen finished the race, despite running wide at Turn 1 with a handful of laps to go. Luckily his gap back to the Mostert/Coulthard battle pack was big enough for the Kiwi to hold on to the bottom step of the podium.

Coulthard, meanwhile, couldn't find a way past Mostert, which left him equal on round points with Whincup and cost him the Triple Crown.

Nick Percat capped off a solid day with sixth, while Mark Winterbottom went for an alternate strategy, running a long first stint, before charging home to seventh on better rubber at the end. 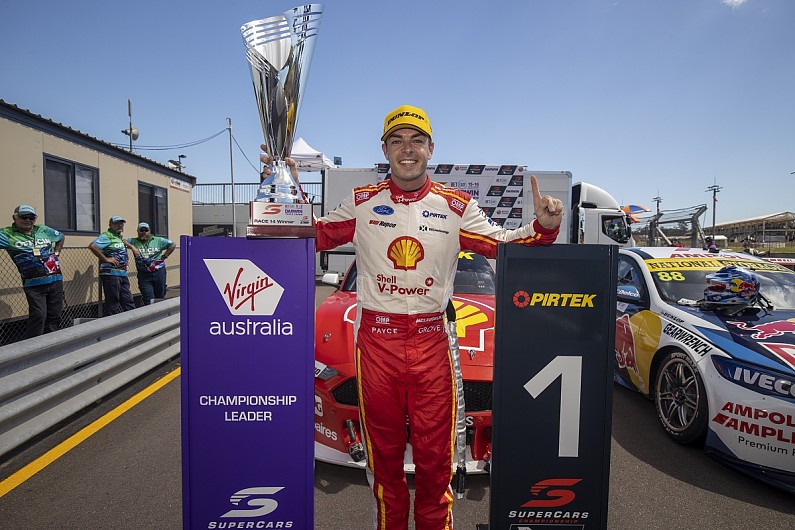 Earlier in the day McLaughlin cruised to a fifth season win in the second heat of the Darwin Triple Crown, after an early challenge from team-mate Coulthard was thwarted by a costly mistake.

The race started out as a battle between the two Penske Fords, Coulthard getting the better launch to lead McLaughlin into Turn 1.

Coulthard then had the pace to gap the points leader by the best part of a second, before pitting for fresh softs on the right-hand side of his car on Lap 6.

At that point McLaughlin dropped the hammer, a scorching in-lap helping him take on two tyres himself and emerge just in front of Coulthard.

While Coulthard may have had the tyre temperature to re-claim the lead, he threw that opportunity away by locking up and running wide as he followed McLaughlin into Turn 1, which dropped him back to third behind Whincup.

That was effectively job done for McLaughlin, with an easy run home to bank a fifth race win of the season.

While he had no answer for McLaughlin, Whincup was able to gap Coulthard as the race went on. He finished up a lonely second, 1.4s behind a cruising race winner, and almost 6s clear of third. 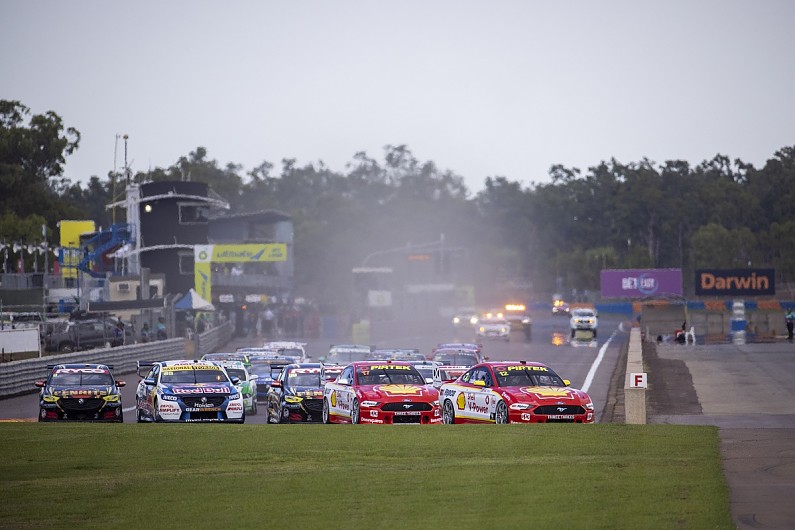 Coulthard was equally lonely by the finish, his gap back to fourth more than 5s.

The battle for fourth was significantly closer, with van Gisbergen and Reynolds doing battle in the closing stages.

Reynolds was the only driver not to make an early stop, the Erebus driver holding the on-track lead for much of the race thanks to a long first stint.

He finally pitted 10 laps from home, coming out in sixth behind van Gisbergen and Percat. With the better rubber Reynolds was able to clear Percat, but couldn't find a way past van Gisbergen as the pair staged a tense nose-to-tail battle to the flag.

Percat was sixth after dropping back to Race 1 winner Anton De Pasquale in the closing stages, with Mostert, Cam Waters and Andre Heimgartner rounding out the Top 10.