DJR Team Penske will face a hearing regarding a potential breach of the Supercars team orders regulations during the Bathurst 1000.

The squad - which won with its runaway championship leader Scott McLaughlin and his partner Alexandre Premat - instructed third-placed Fabian Coulthard to slow down behind the safety car in the latter stages of the race, citing engine overheating concerns as the reason.

Backing up the pack, Coulthard was then able to avoid double stacking behind McLaughlin when he eventually got into the pitlane.

Race officials were not convinced by the engine excuse, slapping Coulthard with a drivethrough penalty during the race.

An inquiry then took place after the race, the outcome of which was a charge of a team orders breach.

The matter will be heard during the Gold Coast 600 race weekend later this month.

Supercars regulations do not prohibit all team orders between cars, but actions with a greater implication on the race result are disallowed.

Should the hearing determine Coulthard's actions affected other competitors to a great enough extent, the team could be sanctioned.

Coulthard quickly moved to clear his name over the controversy, explaining that he was simply following orders after receiving a barrage of post-race abuse on social media.

"The safety car came out and I was told to slow up and take extreme caution," he told Autosport.

"We had an overheating drama at the same time. I slowed up and did what I was told.

"I'm getting absolutely smashed for something I was told to do.

"We're out there racing, I don't know what's going on with strategy and other people's race and all that stuff. I'm only getting a download now of how things played out.

"Whatever it is, I need to clear my name. It's not my style. I don't race like that, I'm a clean racer.

"To see what I'm reading, I'm getting pretty shafted for it.

"I'm as passionate as the next bloke about going racing. With what's played out today, up to now I'm the scapegoat." 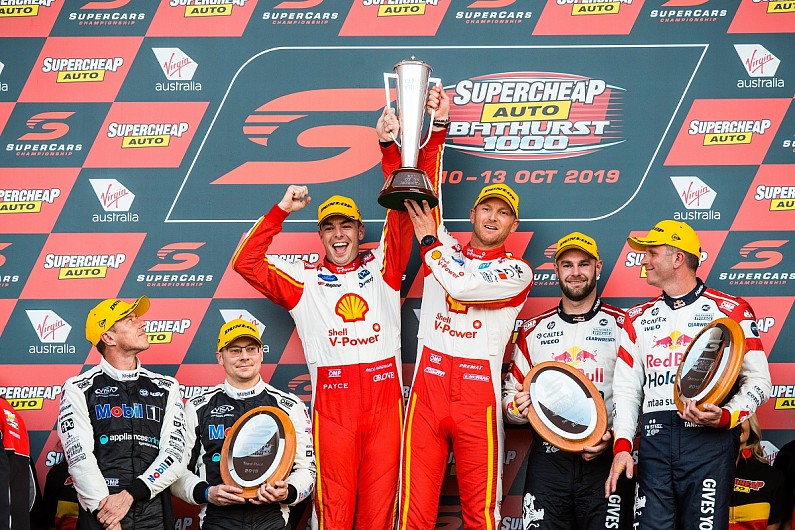 Triple Eight's Shane van Gisbergen, who finished second behind the lead DJR Team Penske car, said Coulthard had been 'sacrificed' by his team to help McLaughlin.

"I still would have had to fight it out with Jamie [Whincup] and Scotty, which would have been awesome.

"It is what it is. That car has been the sacrificial lamb all year."

DJR Team Penske boss Ryan Story stopped short of admitting it was a tactical move, arguing that the raised bonnet during the stop proved there was a mechanical issue.

"Hey look, we got a penalty for it," he said. "But the bonnet was open for a reason, the thing was cooking.

It was not just the outright leaders who were affected by the slow-moving Coulthard - David Reynolds, who finished the race fifth, claiming he almost hit James Courtney when the train of cars checked up.

"I think we were on for a better result until Fabian held everyone up. That hurt us a little bit," he explained.

"I nearly shunted into the back of Courtney. You go through the dipper and accelerate, and then I had to get on the brake and go down a gear.

Team co-owner Roger Penske was unmoved by the controversy, adamant that the best car still won the race.

"I'm not sure that made the difference on who's going to win the race," he said, speaking before the hearing was announced.

"We can look at it and talk about it, but it's secondary as far as I'm concerned when you think about what happened at the end.

"Everybody had a chance. When that was all over, the two top guys had a chance to duel to the end and the outcome was what we wanted."