Jack Le Brocq has emerged as the favourite to join Tickford Racing for the 2020 Supercars season should Chaz Mostert make his expected move to Walkinshaw Andretti United.

Second-year driver Le Brocq was heavily linked to Ford squad Tickford at the end of his rookie season.

He was understood to have been in contention for the seat that ended up going to Lee Holdsworth this year. That drive was available due to 2015 champion Mark Winterbottom's move from Tickford to Team 18.

Le Brocq, who ended up remaining at Tekno for a second year, has now emerged as a key target for Tickford if it needs to replace Mostert.

Tickford's win with Mostert on the Australian Grand Prix Formula 1 support bill was the first defeat this season for runaway championship leader Scott McLaughlin of DJR Team Penske. Though that is Tickford's sole victory of 2019 so far, it is still third in the teams' standings behind DJR Penske and Triple Eight.

It is unclear how many drivers Tickford might be in the market for at the end of the current campaign, with Holdsworth yet to be formally locked in for a second year at the squad.

Simona de Silvestro - who will almost certainly be on the move from the Kelly Racing Nissan team for 2020 - has, along with Le Brocq, been touted as potential Tickford target. 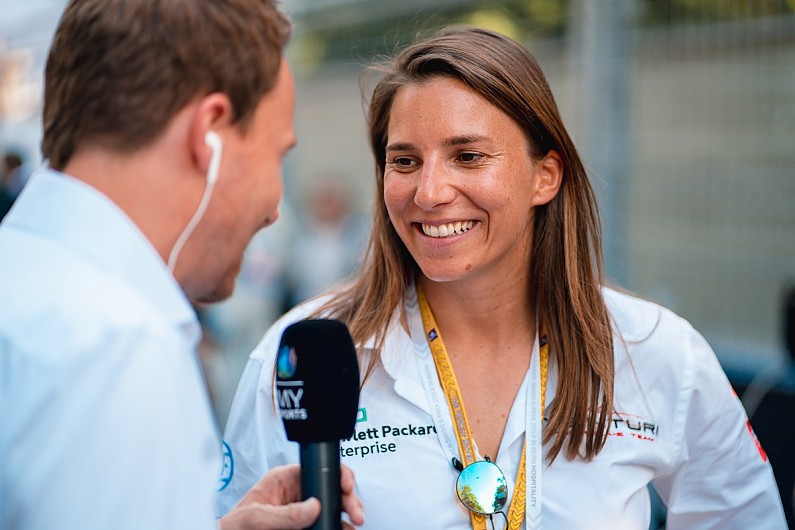 Sometime Sauber Formula 1 protege and IndyCar and Formula E racer de Silvestro was linked with a seat at top Holden team Triple Eight last year as Craig Lowndes retired from full-time racing, but missed out when the squad opted to scale down to a two-car line-up for Jamie Whincup and Shane van Gisbergen following Lowndes' exit.

Tickford declined to comment on its 2020 plans when approached by Autosport.

In a statement provided to Autosport, Le Brocq explained that work on his 2020 programme was ongoing.

"I'm certainly working hard at being on the grid in 2020," he said. "It's where I'd love to be, but at this stage we have nothing to confirm."

If Le Brocq moves, Super2 regular Jack Smith is understood to be the frontrunner to drive the Tekno Holden in 2020.

Smith will make his fourth start in the main series at The Bend later this month for Brad Jones Racing, and has secured an enduro co-driver spot alongside Todd Hazelwood at Matt Stone Racing.