DJR Team Penske drivers Fabian Coulthard and Scott McLaughlin have both expressed relief at the ongoing speed of the Ford Mustang following the controversial parity adjustment.

The Penske pair led an all-Mustang podium on Friday night in Perth, with Tickford's Chaz Mostert rounding out the top three in the first race since the parity adjustment.

The other three Tickford Mustangs also finished in the Top 10, with Will Davison sixth, Cameron Waters eighth and Lee Holdsworth ninth.

It also came with some high-profile visitors from the United States at the circuit, with Roger Penske and Bud Denker in attendance, as well as Mark Rushbrook and Brian Novak from Ford Performance.

"The cars are good and it was awesome to have Roger here, it always is, and Bud and all the other guys. They get to see everything firsthand. 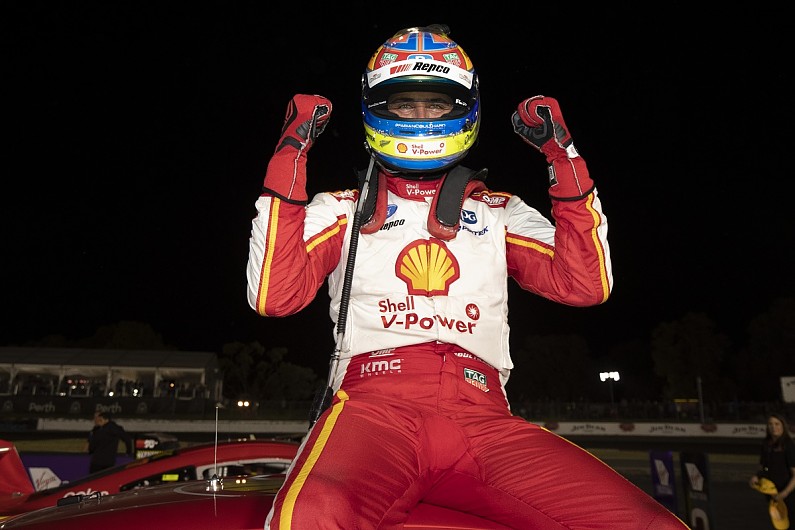 "It was good, there's no better way to respond than the way we did with having three Mustangs on the podium."

McLaughlin echoed his teammates thoughts, adding that he can't tell any difference between the pre and post parity car on the unique Barbagallo circuit.

"It's bloody good, it's relieving, because obviously you come here and you don't know what you've got and whether you're going to be fast or whatever," he said.

"I think the car was really good, we've been right there all the time, and I can't tell the differences between the two settings or whatever.

"I think we've got a really good team environment going at the moment where we just feel like we can do a lot of good things, so it's a really cool atmosphere and I think that's half the reason why we're so fast."

After Friday's race, McLaughlin leads the standings by 112 points, but Shane van Gisburgen's Triple Eight-run Holden is the highest non-Mustang in the order in fourth. He trails McLaughlin by 283 points.

'No animosity' between Triple Eight pair 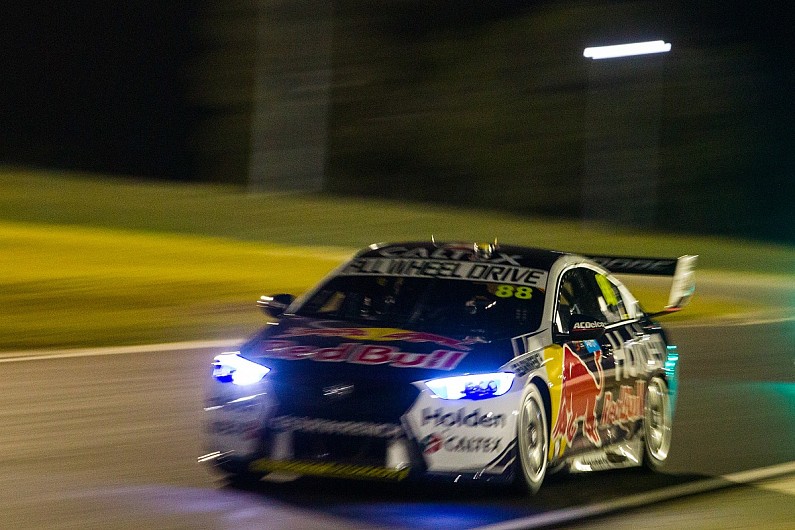 Triple Eight team manager Mark Dutton says there is no animosity between its drivers after Whincup questioned a team orders call in the closing stages in Perth.

Whincup was initially asked to move aside from fourth place for team-mate van Gisburgen on fresher tyres to go through.

But Whincup replied on the radio that he didn't think van Gisburgen could catch third-placed Mostert, and the reply from the team was to "press on".

The pair produced a thrilling battle and van Gisburgen couldn't find a way through.

""There was no animosity at all," said Dutton.

"Shane today put on the set-up from #88, so there's no animosity when they're working so well together."

"[The closing laps] were awesome.

"It was good to have both cars up there on merit, obviously Shane came through with a bit of strategy thrown in there as well.

"But it was awesome to see them racing.

"We trust them implicitly."