Jamie Whincup says it is difficult to find the "fun factor" in battling in the Supercars midfield, following a tough weekend for the seven-time champion at Phillip Island.

Whincup struggled across practice and qualifying, exiting in Q1 with a 17th place starting position.

The opening race proved challenging after Whincup retired with a lost front-right wheel before he then qualified 12th and made up just two places in Sunday's race.

The poor showing came off the back of a pair of uncharacteristic mistakes from Whincup at Tasmania last week, having had a costly spin in qualifying and a clumsy tangle with Chaz Mostert on the second lap of the Saturday race.

Whincup said: "It's been one of the toughest weekends that we've done.

"Sometimes you are struck with bad luck and you don't quite get the result you want but what this weekend proved is that it's all about pace.

"If you don't have pace, then you aren't having any fun out there - especially when you've had that pace.

"We are all about having fun so we want to make sure we will get there." 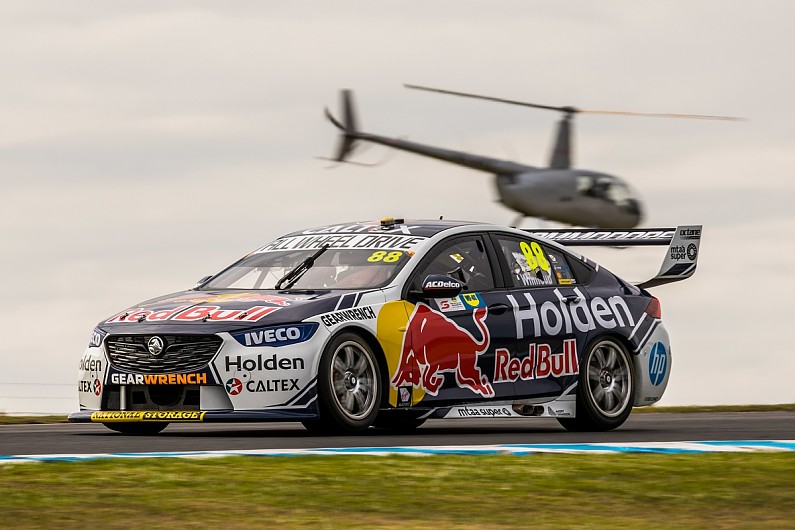 Whincup added that he expected some terse debriefs between now and the Perth round in two weeks.

"There will be plenty of questions asked [this] week without a doubt and we're not going to hide behind them," he said.

"We need to have an honest debrief when we get back to the workshop on Tuesday afternoon and nut out exactly why we are in this position. As the boss would say assume nothing.

"And to our supporters, we guarantee that our results haven't been through a lack of trying by the team.

"It's been through possibly a lack of direction, and we definitely want to get back on track and get back to being the Red Bull Holden Racing team striving to be back out in the front again."

Shane van Gisbergen, a winner last time out in Tasmania, finished the Phillip Island weekend with a sixth and a seventh, also failing to trouble the front-runners at any point.

The 2016 series champion is now 256 points behind fellow Kiwi Scott McLaughlin in the standings.

Whincup - who was just 30 points behind the leader heading to Tasmania, is sitting in ninth with a 379-point deficit.