OPINION: The concept of an Allcomers race - where David can battle Goliath - is undeniably charming, but the reality is many of these contests can end up failing to produce much of a spectacle

There’s an undeniable charm surrounding the concept of an Allcomers race. The idea of an eclectic array of machinery joining together on the grid for a non-championship, open-regulations contest with some David-versus-Goliath battles taking place certainly sounds appealing. A Ferrari 488 can share the track with a Mini Cooper, and a Ford Fiesta can pit its wits against a Jaguar E-type. But, sadly, often that proves to be an overly idealistic view, and they can be desperately dull, poorly supported affairs.

In decades gone by, the Allcomers race had a justifiable place among the club meeting schedules. There were fewer events back then, and therefore fewer opportunities for people to race their pride and joy. Many categories had only one race per meeting, unlike the double or triple-headers that are becoming ever more prevalent, and drivers were therefore keen to take part in an extra ‘open’ race. Nowadays, this only seems to be the case for longer enduros, where the driving – and the costs – can be shared.

Allcomers races also used to be a chance for unusual cars and specials to race, but the proliferation of (one-make and off-the-shelf) series in the modern era and decline of delightful self-built oddities means the vast majority of machines do have a place to race in a recognised series or championship. 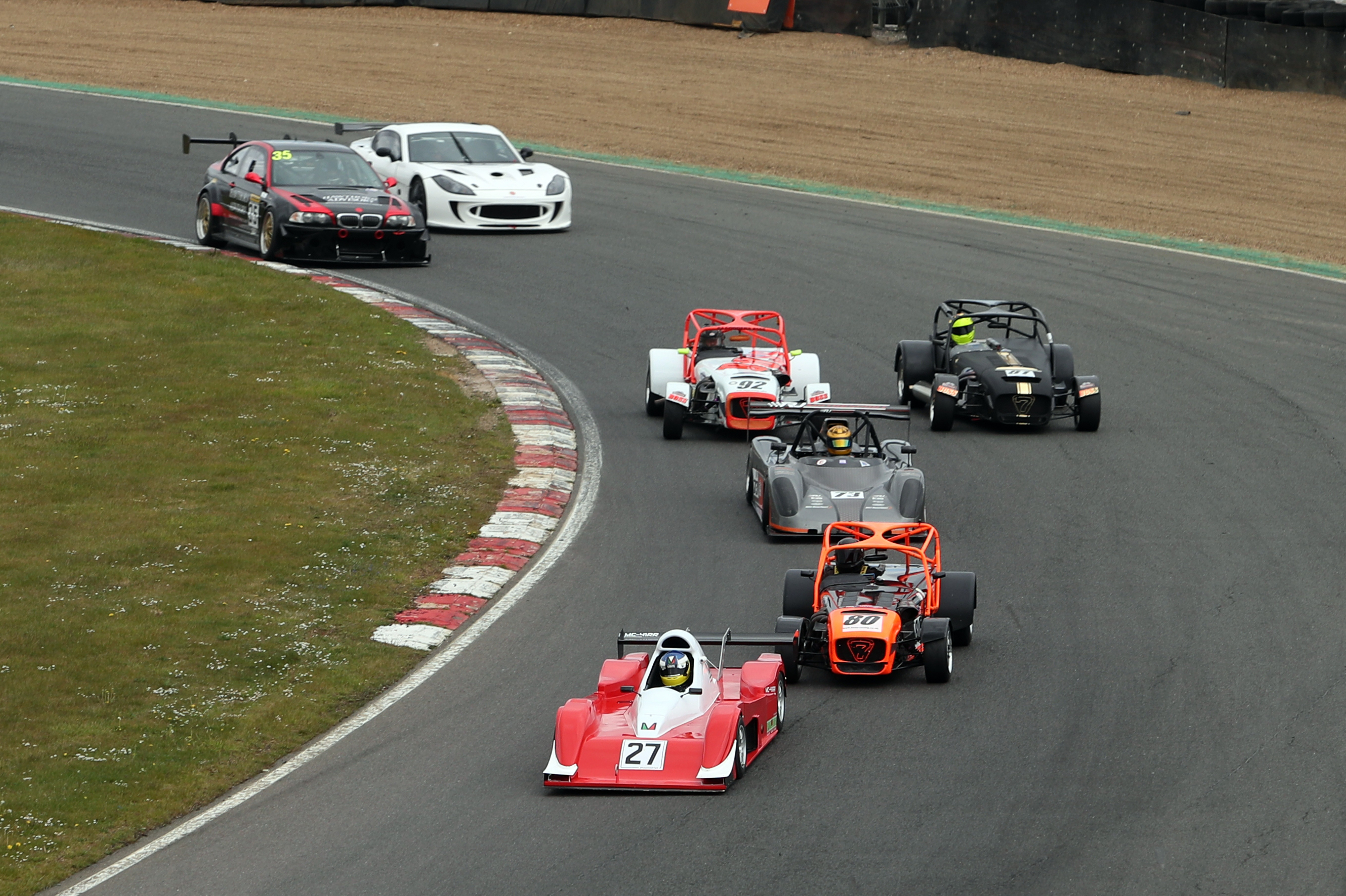 Scott Mittell leads the way in an Allcomers race at Brands Hatch. He eventually won by over 50 seconds

In essence, it can be argued that the Allcomers sprint race – and I’m not talking about dedicated series that feature a wide range of cars – has perhaps had its day. That’s no criticism of multi-marque racing, and it’s vital that we continue to have grids featuring the diversity of cars that one-make contests simply cannot provide, but Allcomers races may not be the best avenue for this. In recent years, many such encounters have drawn slim grids and endured huge gaps between cars by the finish. It’s inevitable that these races will string out, but that’s why it is vital they attract large entries, to ensure that those taking part have someone to battle against. If they don’t, it essentially becomes a glorified trackday. Witnessing such limp affairs puts people off entering in the future, and the downward spiral continues.

Maximising entries has never been more important, and small Allcomers grids don’t help. The increasingly expensive track time could be put to much better use

This is a problem now more than ever because of the harsh economic reality clubs face in the wake of the coronavirus-shortened 2020 season. Maximising entries has never been more important, and small Allcomers grids don’t help. The increasingly expensive track time could be put to much better use. Many of these races arise simply because a club has a small window of extra time that is still available at the end of a meeting - and the Allcomers race provides an opportunity to get some income for time that would otherwise have gone to waste. But, with careful planning, that kind of situation can be minimised.

These races do serve a clearer purpose in some instances, as they can act as a perfect trial ground for new cars seeking mileage. Scott Mittell recently dominated two Allcomers races at Brands Hatch in his new Mittell Cars MC-41RR (winning both by over 50 seconds), while two Ginetta G56s were among the slim and largely Caterham-populated entry at Silverstone the other week. But there are only a tiny number of new cars each year, and so this is not a major draw.

Allcomers races could also be better suited to more unusual venues, where there is only limited action each year. Take the Open Sports and Saloon races at Thruxton at the start of July, which give the potential for drivers to compete at the Hampshire speedbowl who may not normally get the opportunity. And, it is not all doom, the humble Allcomers race has inspired popular categories such as the Classic Sports Car Club's Open Series. 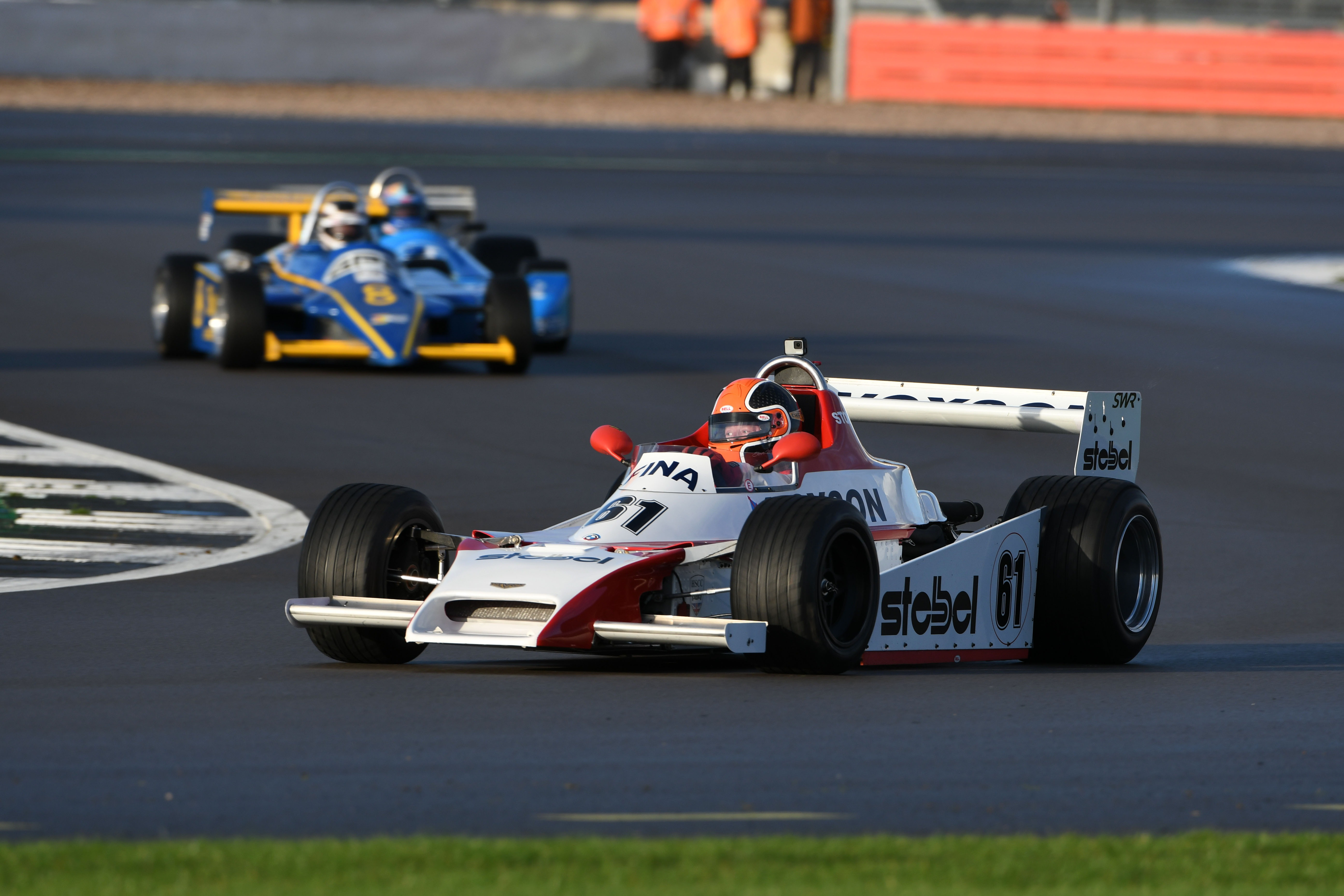 One event where Allcomers races are a traditional part of the timetable is the Walter Hayes Trophy. This is a fantastic meeting that, despite the chilly November weather, draws me back year after year as James Beckett always assembles a cracking line-up for the main Formula Ford 1600 knockout. And yet the Allcomers support races can leave you feeling especially cold.

Over the past two years, four have been won by more than 20s – some double that. Again, you can’t help but feel that adding a more established category to the itinerary could help. The Britcar Endurance Championship didn’t really fit when it joined in 2017, but Historic FF2000 was perfect when it was on the bill in 2015. You don’t want the supports to overshadow the main attraction, but there is the potential for better entertainment between the FF1600 bouts.

Over in Wales, even the prospect of a terribly dull Allcomers race seems mouthwatering. Motorsport still has not restarted in the country, and the devolved Welsh government’s failure to understand the situation is getting more baffling by the day. Yes, caution is needed when responding to an unpredictable pandemic, but the fact that hundreds of events have successfully taken place across the border should surely prompt a rethink. You have to feel for the Welsh venues – the longer the ban on meetings continues, the worse the impact will be on motorsport in the country.

In happier news, English spectators returned to the grass banks from Brands Hatch to Oulton Park last weekend – and for the first time in over a year to Silverstone. It is a glorious step towards normality, but we must remember that an average club fixture is never going to pull in the crowds. As has been pointed out on numerous occasions, for many events the marshals are the primary spectators. And, to go full circle, watching a small grid of strung-out Allcomers cars is not particularly enticing for them, either. 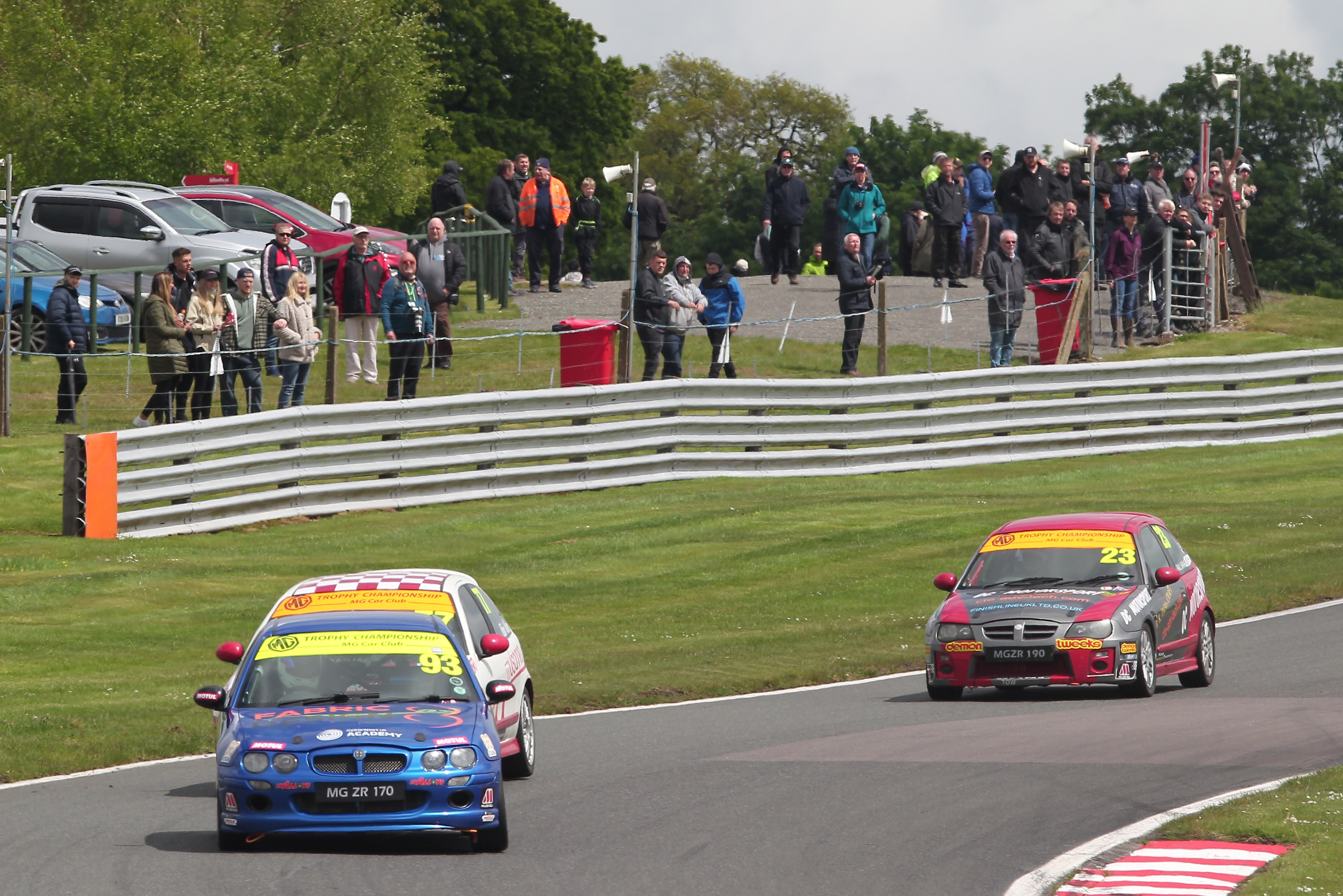 Spectators were back at Oulton Park for last weekend's MGCC event