Both outfits will field one of Mercedes' new 6.3-litre V8-engined machines, with Rollcentre the first to take delivery of its new chassis.

Rollcentre head Martin Short and Richard Neary will race the ABBA-branded Mercedes, which replaces the pair's ageing BMW Z4 GT3. They will shake their new chassis down this week.

Though Black Falcon made a guest appearance with two of the new AMG GT3 machines in British GT's Spa round last year, the Rollcentre and AmD entries be the Mercedes' first appearance on the series' home soil.

Short told Autosport: "The AMG is very different to the Z4. We tested it at Hockenheim and it became immediately apparent the performance we had been missing [with the old Z4].

"It's got a real low-revving slugger of an engine with great torque and the car has much stronger aero.

"The car set-up has been deliberately aimed at the Am driver. It was instantly user friendly and very easy to get to grips with."

Short and Neary are the first driver pairing signed up to British GT's remodelled Am-Am class, which caters for two Bronze-graded amateur drivers sharing a car.

The class has dedicated trophies next year and entrants will also score 1.5x points toward the Pro-Am Championship. 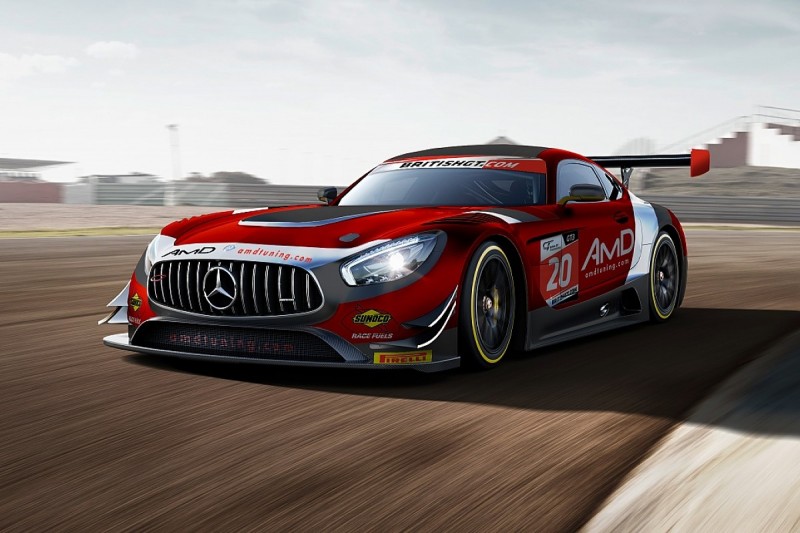 The second AMG has been ordered by AmD, which is set for a dual campaign in both European and British GTs.

The team will also continue to run cars in the British Touring Car Championship.

It has also lodged a British GT3 entry for the car and is in talks with multiple parties over the seats.

Team boss Shaun Hollamby said: "Having enjoyed our first season of GT3 competition this year, it was always our intention to get a new-generation car for 2017 and we are delighted that we will be running the Mercedes AMG GT3 next season.

"The car is a proven winner on track in the Blancpain GT Series Sprint Cup and Nurburgring 24 Hours, and we're confident that it is the right car to carry us to success.

"The opportunity to run a European programme, and of course to compete at the famous Le Mans circuit [via the Road to Le Mans support race], is something we are particularly looking forward to, and in Lee and Phil, we have a strong driver line-up who are more than capable of challenging at the front of the field.

"Alongside that, we are pleased to be returning to the British GT Championship as we feel we have unfinished business in the series."