Amato Ferrari's squad is also in talks to add a second car to the programme.

Griffin and Cameron have raced together since 2009, primarily in British GT.

They have fought for the title each year, with their best finish being third overall in the 2010 standings with the Mtech team.

The pair left British GT in 2014 to focus on European racing and have shared AF-run Ferraris in the European Le Mans Series, Blancpain GT classes and the Le Mans 24 Hours.

While AF has sporadically run British GT entries before - the most recent being a 458 for Aaron Scott and John Dhillon in 2014 - this will be its first attack with a factory driver on its roster.

"This will be the first time AF Corse has run a fully focused title challenge in British GT and we're coming in wanting to win the GT3 championship," said Griffin.

"Duncan and I definitely feel we have unfinished business in British GT.

"We've been in the title fight every year, but bad luck was always on our side and we lost out when it counted.

"With AF behind us, and the new 488, we definitely have the ingredients to fight at the front." 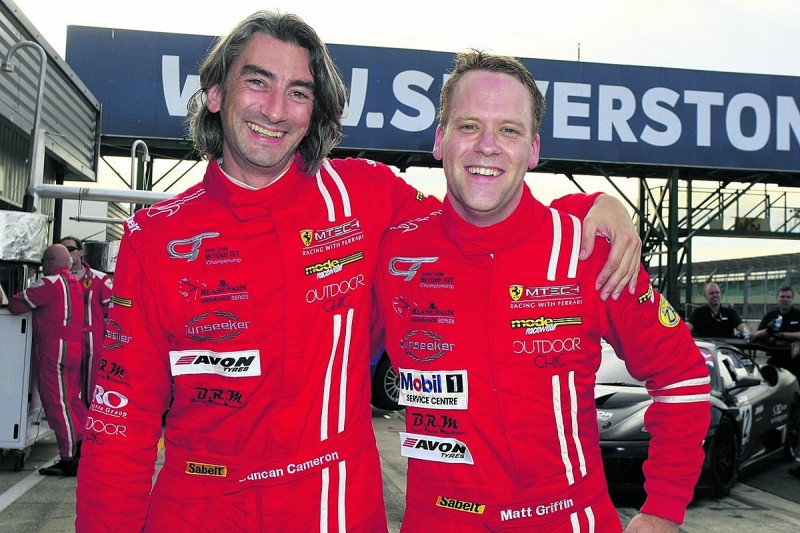 The new 488 GT3's only British GT appearance so far was a one-off with the FF Corse team at Silverstone this year, when Marco Attard and Adam Carroll finished third.

Griffin and Cameron will also look to continue racing in Europe, with the ELMS their most likely destination.

AF Corse's arrival is a boost for British GT's GT3 class, which suffered a dip in entries this year and hit a six-season low of 11 cars at the Donington Park finale.

"There's been a lot of negative talk surround British GT3, saying it's dying out, but that's not the case," he added.

"Every team I've spoken to expects to run cars in British GT, so we're expecting a healthy and competitive grid."

TF Sport - which took Jonny Adam and Derek Johnston to this year's title - has already confirmed a two-car Aston Martin entry and Barwell Motorsport is also expected to stay in the championship with its Lamborghini Huracans.