Zak O'Sullivan has claimed the 2021 GB3 Championship crown after taking his sixth win of the year on the final weekend of the season at Donington Park.

The 16-year-old came into the final meeting ​as champion-elect mathematically, with the number of competitors influencing how many points would be available for Sunday's full-reverse grid race, where a point is on offer for each position gained.

With a maximum of 110 points up for grabs across the three races and a 112-point buffer over Carlin team-mate Christian Mansell, O'Sullivan was assured of the championship as he lined up for Saturday's opening race.

The teenager took the title in style though, claiming pole with a new championship qualifying lap record at the Donington venue before battling side-by-side with Hitech GP's Reece Ushijima through the opening corners, eventually maintaining top spot at the Old Hairpin and going on to secure victory by nearly 1s.

O'Sullivan, who is a finalist in this year's Aston Martin Autosport BRDC Award, has been the class of the field in 2021 having led the standings since the opening round of the season at Brands Hatch where he secured a win and second place on his maiden outing in the championship - which was formerly known as BRDC British F3 until a mid-season name change.

A brace of victories followed at Donington Park in the third round of the season, before further wins at Silverstone and Oulton Park left him in a dominant position in the standings having secured more podiums, fastest laps and poles than any of his rivals in what will be the final season for the current Tatuus machine. 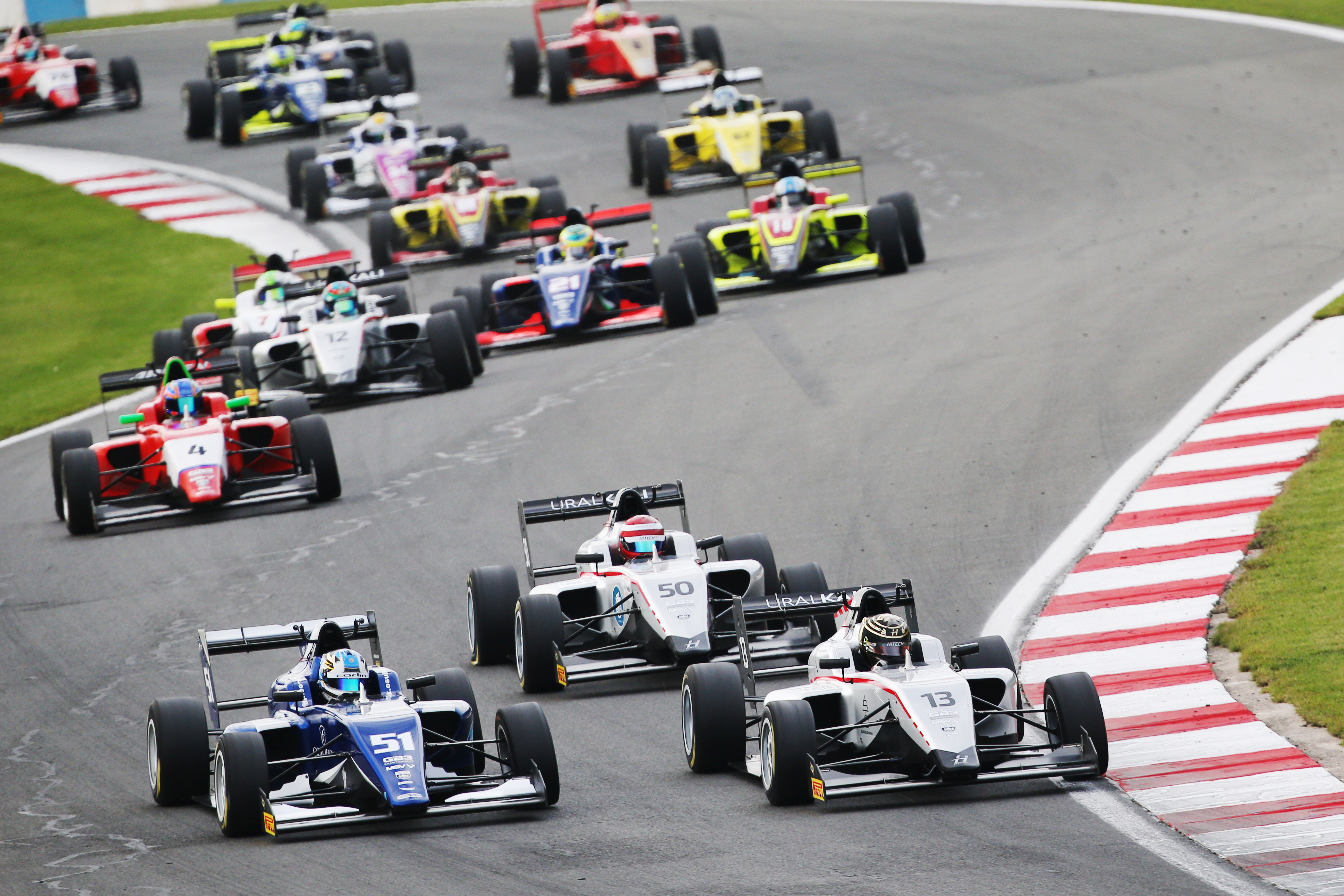 His successful campaign hasn't been without incident though, retiring at Donington earlier in the season after a clash with title rival Ushijima before also crashing out while battling with reigning British F4 champion Luke Browning at Oulton in the previous round.

None of that mattered to O'Sullivan though, who claimed his first single-seater title having dramatically missed out on the British F4 crown last year to Browning in the final race, as well as finishing runner-up in Ginetta Junior in 2019.

"It's been five weeks in waiting [after crashing at Oulton cost him the chance to secure the title in Cheshire]," said O'Sullivan.

"It's been an awesome year, me and my engineer have improved on what we did wrong or did right last year in F4 where I missed out very closely on the championship.

"So yeah, it's great to get my first championship with the boys and girls in blue.

"The early phases of the championship we were able to build a bit of a lead and in the second phase I've been quite unlucky with a few DNFs and it's been championship management since then."

Following his title success, O'Sullivan will get the chance to get behind the wheel of an FIA F3 car for two days at Valencia in November with Carlin.