The 18-year-old has been dominant for much of the season and was only 7.5 points shy of claiming the crown in the previous meeting at Silverstone.

But it was not straightforward for the 2015 Ginetta Junior champion as a first-lap clash with Arden racer Alex Quinn into Paddock Hill Bend left Quinn out of the race and forced Caroline through the gravel.

That dropped him to the rear of the field but he worked his way up to eighth by the chequered flag.

"It hasn't really sunk in yet," said Caroline, who won the title with two races to spare.

"It's been a great season but next year you're back to square one.

"I've broken a few records and that's good to put on your CV."

The result initially remained provisional while stewards looked into the incident between Caroline and Quinn after Arden protested, but no further action was taken.

Caroline put the blame squarely on Quinn for the first corner collision.

"He just turned in on me, whether or not it was malicious, and I was fully alongside," he said.

"It ruined my race and ruined his race."

Quinn disagreed with Caroline's view of the incident.

"He hit my rear tyre and put me into the gravel trap, while he continued," he said. "That wasn't an overtake and it ruined my race.

"It's a win-win for Jamie because he's won the championship, but I think it's pretty disgraceful."

Caroline, in his second season of F4 after finishing 10th in the standings last year, was the driver to beat in the early stages of the season.

He won eight of the first 10 races and made history at Thruxton by becoming the first driver in the series' current incarnation to win all three races in a weekend.

He also broke McLaren junior Lando Norris' record of eight wins in a season, taking 10 victories so far in 2017.

But after the summer break, Piastri had a strong run of results to eat into Caroline's vast advantage.

Piastri's progress was halted at Rockingham, though, as he only scored one point all weekend and came to blows with rival Caroline in the second race, gifting the Carlin racer what proved to be an insurmountable lead.

Caroline becomes the second driver to win a title in the British Touring Car support categories this year after Mike Bushell won the Renault UK Clio Cup at Silverstone. 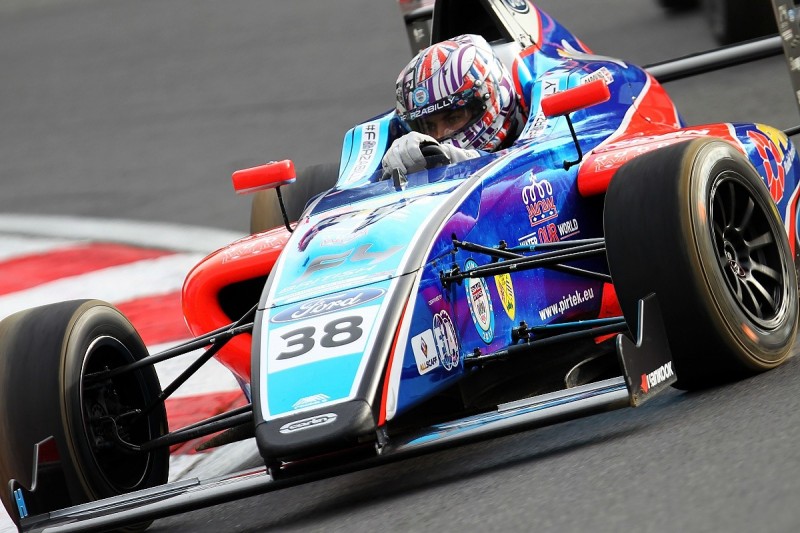