As I flashed past the chequered flag at Oulton Park and saw my team leaning over the pitwall, arms raised, it came home to me what a remarkable achievement we had just pulled off. It was remarkable for many reasons.

Firstly, having started the UK Fun Cup race series 20 years ago, I was now back racing in it and managing a team that had just won the highly competitive 2022 championship. Who would have thought it? Also, because our little private team had just beaten a pitlane boasting many highly skilled professional teams and plenty of super-quick drivers over 34 hours of racing. Then, finally, it was remarkable because the car we had just won the championship with was the same car that won the very first Fun Cup race when it kicked off at Snetterton back in 2002.

And it all came about because my son Craig and university friend Ian Wood had met up over a couple of beers in London five years ago. Having raced in Fun Cup a few times when I first set it up, they decided they wanted to return for a bit of fun. And that’s where it all started – again.

As I reflected on that Oulton slowing-down lap waving to the marshals, it underlined to me that the basic concept of Fun Cup was bang on: to provide close, quality racing at sensible costs and combine it with a genuine friendly camaraderie in the pitlane. It’s working brilliantly.

It was back in 1997 that Fun Cup first appeared in Belgium and quickly spread to France, Germany and Italy. It used a unique tubular steel chassis of enormous strength married with uprated Volkswagen suspension and brakes from a Golf. A modified and sealed 1.8-litre Golf engine was fitted with a VW H-pattern gearbox and using Uniroyal road-spec tyres. All of that covered with a fibreglass VW Beetle lookalike body. The races ran from three hours up to 25 hours.

It grew rapidly and, with sponsorship from Uniroyal, the company wanted to bring the concept to the UK – hence I got the call having previously used its tyres in the successful Slick 50 Road Saloon championship I ran. I went to Spa to get a taste for the racing and quickly found it was great fun but, worryingly, that in Belgium just about anything was possible without the control of regulations. For example, I was out in the race at Spa with no applicable licence, no sign-on, no nothing. Interesting! 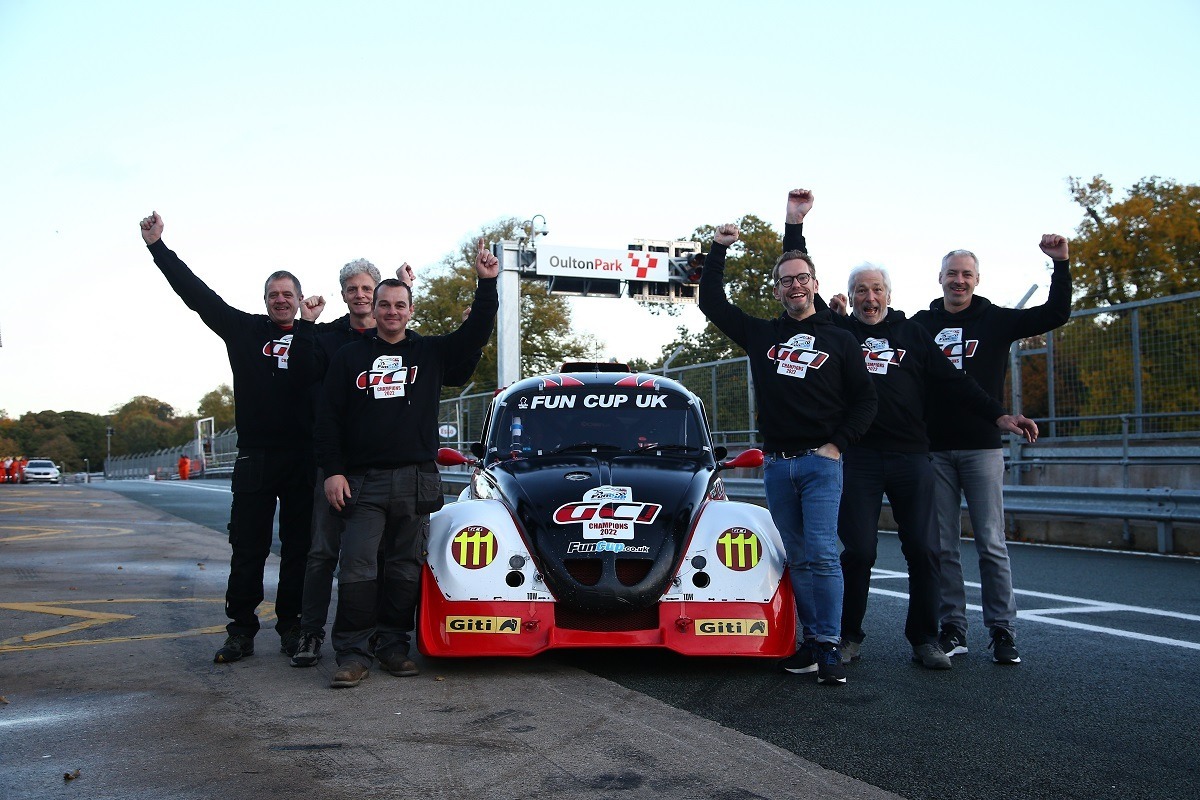 The ethos of the series was excellent, but many of its features were entirely new to UK racing so I was acutely aware of the need to get it all agreed with the then Motor Sports Association and rewrite chunks of the rulebook. Fortunately, Bob Armstrong of the British Racing & Sports Car Club (now sadly not with us) was a great ally in understanding the principle and helping me make it happen.

After a big launch at Rockingham and then at Autosport International we had our first race at Snetterton in May 2002 with 11 cars on the grid, guaranteed TV coverage and a page in Autosport after each round. From there, it grew and, thanks to Uniroyal inviting dealers to race, we had to create our own special efficient way of dealing with the dozens of novice drivers we put through ARDS tests every year.

Later, with Uniroyal’s parent company switching its focus to World Cup football, I sold my interests and moved on – but not before having a victory in the series with son Craig at Snetterton, and a podium at Spa in the Fun Cup 25 Hours race with 155 cars on the grid. Mayhem!

I had brought in experienced racer Paul Rose of JPR to look after running the cars and being the UK agent. He then took on the role of developing Fun Cup and subtly fine-tuning it to the highly successful series it is today. He has done a great job.

The spirit of friendship in the pitlane is such that, despite the closeness of battle on-track, off track in the JPR-supplied hospitality awning the friendship is so warm. When we won the title with a race to go, we were inundated with congratulations from fellow competitors

Undoubtedly, the level of competition these days is so much more intense, often with four or five cars battling on the last lap for podium positions after four hours of racing. And there are a high number of very experienced drivers – the likes of British Touring Car stars Tom Ingram and Anthony Reid have sampled the series over the years, too.

The cars are much the same, but better. Cheap Belgian components have been replaced with quality, long-lasting items. The suspension has better wishbones and the brake discs last for a season as opposed to the Belgian ones that lasted about five minutes!

The engine is still the strong VW unit, cared for and built at JPR, then dyno tested to 130bhp and sealed. Gearboxes have been switched to the excellent Sadev five-speed sequential unit coupled to flappy paddles. The wheels have been changed from steel to lighter and stronger alloys. And they are dressed with Giti track-inspired tyres, which work well in both wet and dry conditions. 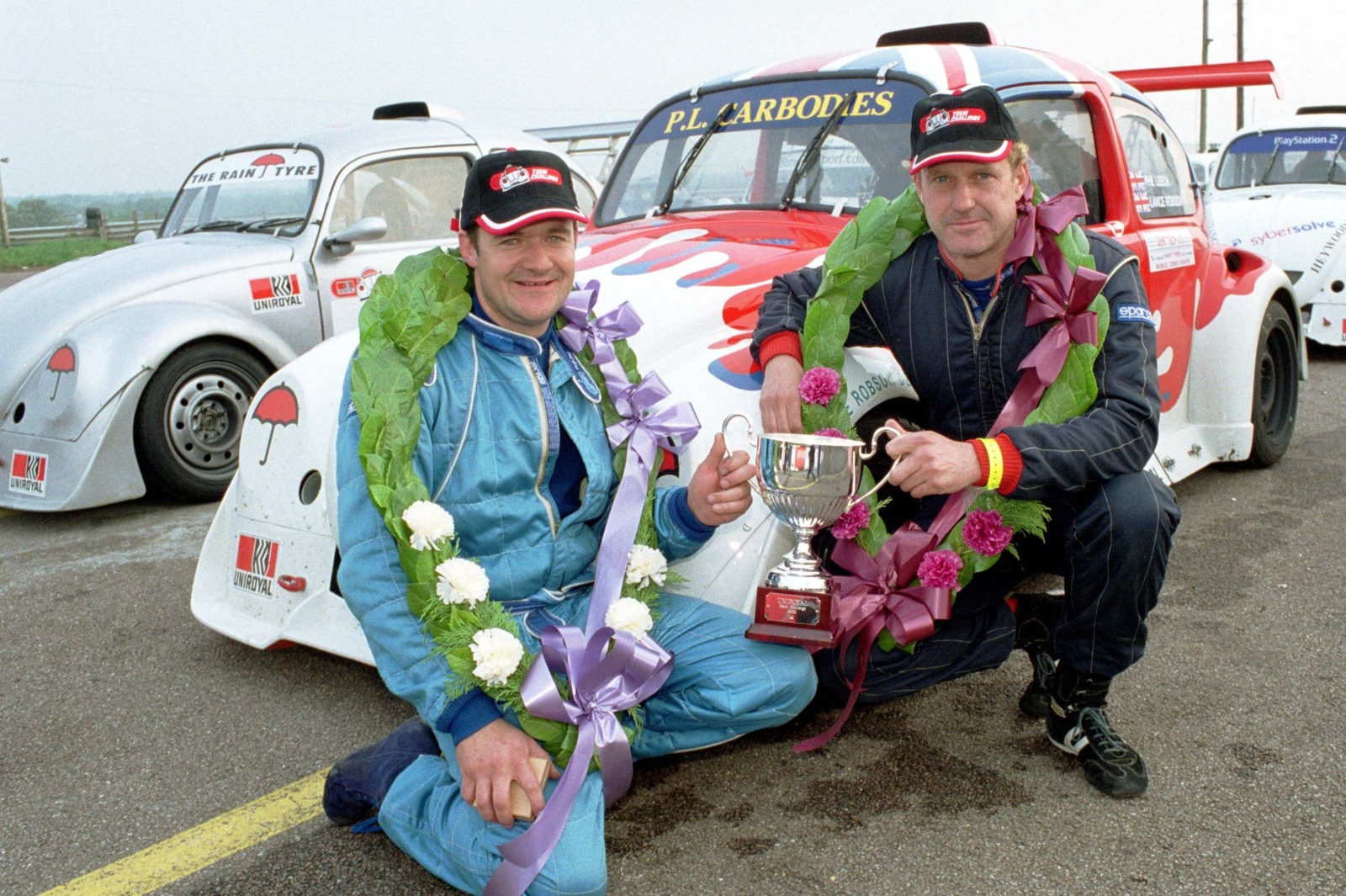 Testament to the longevity of the cars is the race and championship victory of our GCI (Grahame Craig Ian) Racing car #111, which still has the same chassis and centre body unit as the day it first rolled out, of course with updates to the suspension, engine, gearbox and brakes as you would expect along the years.

We are a small private team run from my home double garage. But, since we first prepared the car five years ago, we have not had one single unscheduled pitstop in a race caused by a mechanical failure. How many can say that? It underlines the potential reliability and value of the cars, which are worth more these days than when first built.

The spirit of friendship in the pitlane is such that, despite the closeness of battle on-track, off track in the JPR-supplied hospitality awning the friendship is so warm. When we won the title with a race to go, we were inundated with congratulations from fellow competitors.

So, will the car (and chassis number) 111 be back winning 20 years from now? It could well be since someone is already experimenting fitting a Tesla electric power pack! 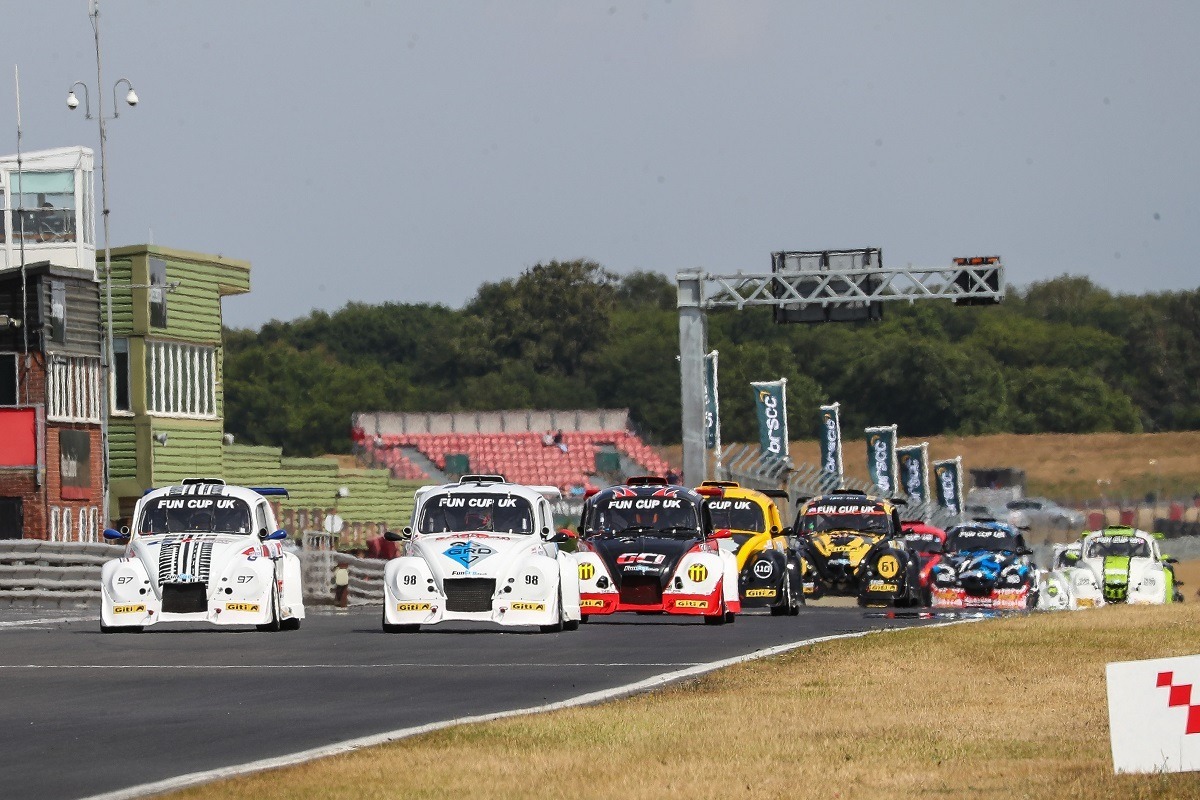 What does the next 20 years look like for the Fun Cup?