Former British Touring Car champion Tim Harvey is targeting more outings next season having scored a podium on his return to Porsche one-make competition after a decade away.

The two-time Porsche Carrera Cup GB title winner has predominantly raced historic machinery since his final Carrera Cup season in 2011 – including finishing as Classic Formula Ford runner-up two years ago – but made his return to a modern Porsche in the Sprint Challenge GB as a guest driver at Thruxton last weekend.

Harvey had targeted a podium finish, after a late call-up days before the meeting, and was delighted to be able to achieve this on a “special weekend”.

“I genuinely had a lump in my throat and was quite emotional.

“The TOCA package has been my life for so long – whether that’s racing or working – so to experience that elation of doing well in a race was a real pleasure.” 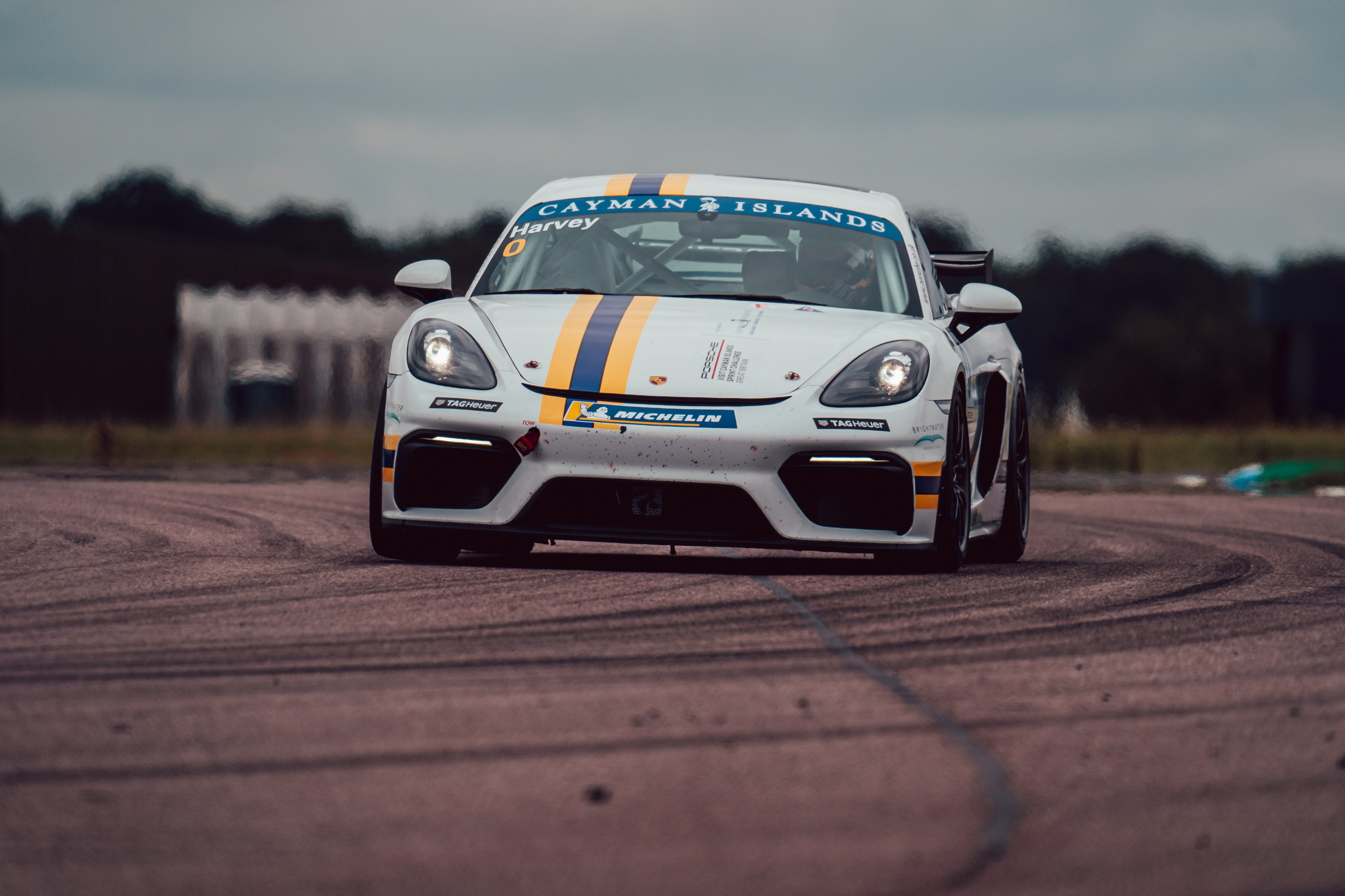 Harvey originally planned to compete in the category last year before the coronavirus pandemic struck and a sponsor pulled out.

His experience last weekend has now made him hungry to return next year.

“It has lit the fuse again and reignited my passion for it,” he said.

The Sprint Challenge GB category features on both the BTCC and British GT support bills but has attracted small grids since its launch last season.

Harvey hopes his guest outing will help raise its profile and provide a boost to the series moving forward.

“They launched the championship in a COVID year and that’s very difficult,” he added.

“The cars are fantastic and good to race for both Pros and novices – I was impressed by how wide the operating window is.”

Total Control Racing driver Theo Edgerton was crowned the champion with a round still to go after winning both races at Thruxton, his seventh and eighth victories of the campaign.