Balfe Motorsport has withdrawn the McLaren 720S GT3 entry that was due to be shared by Shaun Balfe and Rob Bell on the eve of the British GT season.

The pair finished third in the inaugural season for the 720S GT3 last year, despite missing the first round at Oulton Park, and were expected to challenge for the title this term after a strong end to 2019 in which they won from pole at the Donington season finale.

But amid the "change of priorities" resulting from the coronavirus pandemic, Balfe told Autosport that his family construction business and growing customer racing operations needed to take priority over his own racing this year.

It follows the news that defending championship-winning team TF Sport would be withdrawing both of its Aston Martin Vantage GT3s, while graduating GT4 Pro-Am champions Kelvin Fletcher and Martin Plowman will also defer their GT3 campaign in a JRM Bentley Continental until next season.

"The change of circumstances that COVID brought for me meant that there's a need for firm focus on the family business and we also have an active customer race programme that with such a short amount of time between races is going to need that extra amount of help and eyes on it," said Balfe (below). 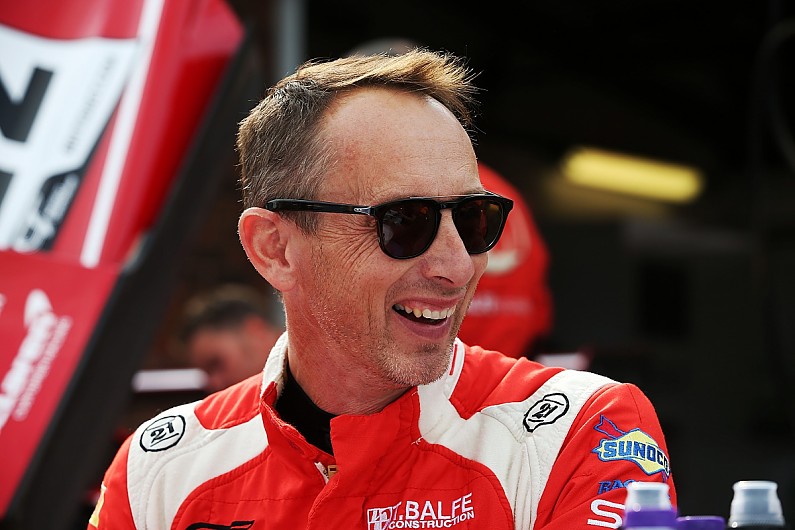 "It's really a change of priorities and focus over the period of August, September, October where the British GT calendar requires absolutely 100% commitment.

"I know what you need to do to deliver a good championship campaign and with the reset of different priorities I don't feel as though I could give it the commitment that it needs.

"It doesn't seem right for me to race alongside my customers, stretching the team even further when we know it's going to be hard to turn the cars around."

Instead, the team will run a race-by-race programme for McLaren factory driver Joe Osborne and GT4 graduate Stewart Proctor at the two Donington events and Snetterton, with Proctor having purchased his own 720S to race against son Lewis, who signed for Optimum Motorsport last week.

Osborne, whose last British GT campaign was in 2018 with Tolman Motorsport in GT4, told Autosport that Proctor Sr would use the "toe in the water" exercise on tracks he's tested at "to see where he is" ahead of a possible full campaign in 2021.

"It's nice full-circle stuff, when we were developing the GT3 what we were focusing on massively was making the car drivable for Ams to give them the confidence to push on, get closer to the Pros and then enjoy it more," he said.

The two-car Beechdean AMR Aston Martin lineup has also slimmed to a race-by-race programme for two-time series champion Andrew Howard and an unnamed co-driver at Brands Hatch, Snetterton and Silverstone.

Howard, who was due to share with Aston factory driver Ross Gunn, told Autosport the pandemic meant it would be "impractical" to run the Silver Cup car 2018 GT4 champion Jack Mitchell was due to share with Valentin Hasse-Clot, and explained that "pressures on the timings with [partner team] Prodrive" meant he would not be able to his own car at the Oulton Park and Donington weekends.

"We are going to do a race-by-race entry and I'm going to use that as an opportunity to keep my hand in," he said.

The season begins at Oulton on 1-2 August.