Drafting among team-mates has been common in NASCAR for decades, but it has intensified in recent years on the superspeedways to the point where at last season's second Talladega race, Stewart-Haas Racing's four Ford drivers combined to lead 155 of 193 laps with Aric Almirola winning.

Chevrolet Hendrick Motorsports driver Elliott - son of Talladega qualifying lap record holder and 1988 Cup Series champion Bill - is not a fan of the team pack racing and is hopeful that Cup aero changes will bring change when the championship returns to Talladega this weekend.

"I'm probably the wrong person to ask on this, but the way the manufacturers and everybody have really changed the game of plate racing, I'm not really sure what the right answer is on it," he said. 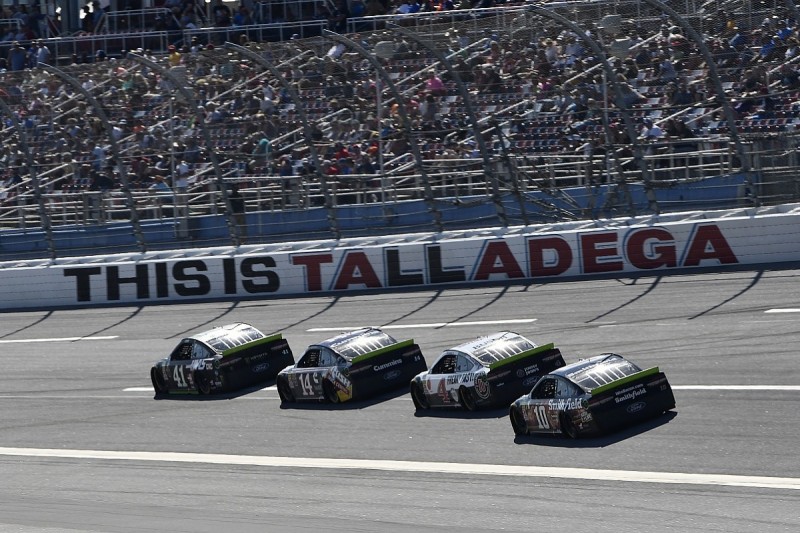 "I don't really like what it's done to the racing, personally; but everybody is being true to what matters in their camps and that's kind of the position that we're all put in, unfortunately.

"I don't think that's the way everybody wants to be. It's certainly not the way I want to be. But, that's the position we're put in now.

"I hope it's something different [this weekend].

"I don't like how things have kind of evolved with being buddies with certain guys.

"I felt like it was good when everybody was pushing and doing what they had to do.

"Since everybody is not doing that as much anymore and really staying true to their partners and their groups, my feelings wouldn't be hurt if it changed to that dynamic and looked a little different.

"So, hopefully that's the case."

Elliott is 10th in the Cup points with one top three finish in nine races so far this year.

Kurt Busch is the only other Chevrolet driver in the top 10 in the standings in seventh for Chip Ganassi Racing.